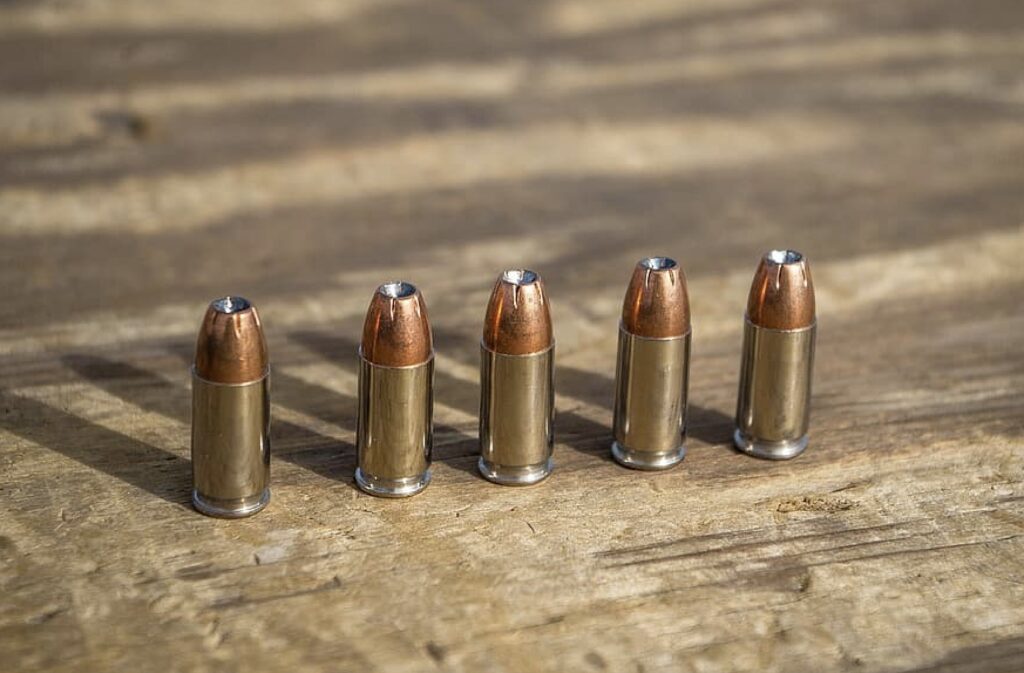 A photograph of bullets from a 9mm gun. Public Domain.

On August 14th, the Supreme Court of North Carolina unanimously upheld a lower court’s libel verdict involving an investigative piece written by reporter Mandy Locke that was published in The News and Observer in 2010.

The story in question cast doubt on a report prepared by a State Bureau of Investigation agent during a murder trial. In her article, Locke cited three independent firearm experts who appeared to disagree with the report’s findings on bullet fragments found at the scene of the shooting, and some of the experts theorized that it might have led to a wrongful conviction.

See previous story: North Carolina Supreme Court to Decide on ‘Actual Malice’ in a Defamation Suit Against a Local Newspaper

One year after the article appeared, Beth Desmond, the firearms analyst who prepared the report, sued the newspaper over 16 allegedly defamatory statements. Because the article touched on Desmond’s official conduct, she had to prove that the reporter had done more than publish an innocent mistake. The legal standard for public officials in defamation suits is notoriously challenging because it requires that the plaintiff show evidence that a reporter published a statement with knowledge of falsity or with reckless disregard for whether it was true or false.

Since 1980, there have only been 27 defamation cases—including this one—in which a public official prevailed, at least in part, according to data collected by the Media Law and Resource Center.

In 2016, a Wake County Superior Court jury found six of the 16 statements to be materially false, and that there was “clear and convincing evidence that at the time of the publication, defendant Mandy Locke either knew [the statement] was materially false or had serious doubts as to whether [the statement] was true.” The jury awarded Desmond more than $9 million in actual and punitive damages, though the amount was reduced to $6 million in accordance with state laws.

The newspaper appealed the jury’s decision, as well as an appeals court ruling in 2018, that found Locke had defamed Desmond.

In reviewing the case, the North Carolina Supreme Court found that The News and Observer had omitted “key information” about the murder trial. For example, Locke had made it seem as though Desmond’s analysis was the most important evidence linking the bullets to the alleged shooter, and did not mention that 13 eyewitnesses had testified that there had only been one gunman.

The court also found that Locke had misrepresented multiple quotes from her sources. Emails between Locke and experts showed that many of them had thought they were responding to hypothetical questions, not commenting on Desmond’s specific report. Moreover, one individual who had been quoted did not know he was being cited as an expert.

The court acknowledged the high stakes involved in its decision. The First Amendment ensures journalists have “breathing room,” such as the ability to make honest mistakes in their reporting. Without this leeway, newspapers might self-censor rather than risk costly lawsuits. Despite Locke’s insistence to the contrary, the court said the evidence pointed to something more serious than an honest mistake or careless reporting.

“[The] plaintiff’s evidence tends to show defendants’ publication of the false statements was not a result of mere negligence or failure to investigate,” the court wrote, “but stemmed rather from a ‘purposeful avoidance of the truth’.”

The court affirmed the previous ruling in part, but ordered the case to be sent back to the trial court to determine new punitive damages. It is not yet known if Locke and N&O will appeal.