Until 1964 when the Supreme Court decided New York Times v. Sullivan, and extending back many centuries, public officials had the power to put down critics. They could easily win a libel suit because the burden was on the alleged offenders to defend themselves by proving the truth of their assertions, with no consideration for innocent error. The result: a chilling effect on speech. Those in power could bully those without.

The Supreme Court had an opportunity to reform libel law when it took, New York Times v. Sullivan, involving the police commissioner of Montgomery, Alabama. He claimed that he had been defamed by a full-page advertisement in the Times on March 29, 1960 involving a civil rights incident in Montgomery. 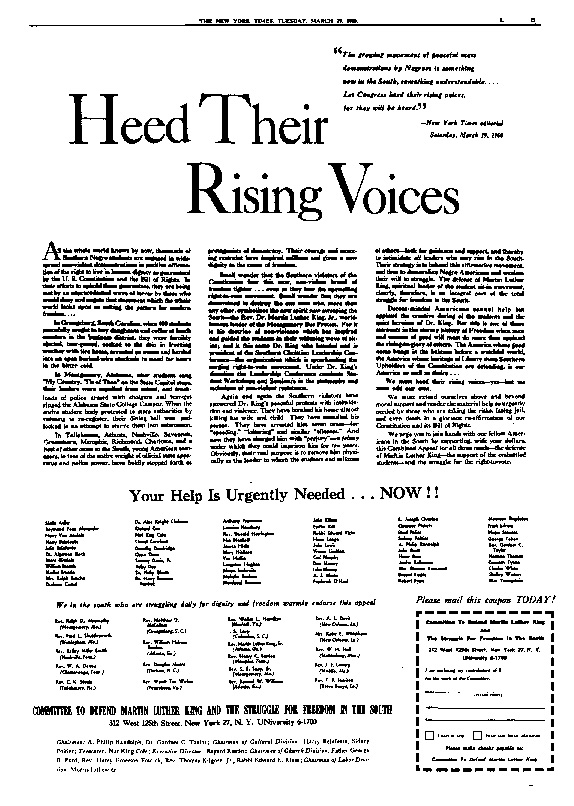 Full-page advertisement in the New York Times on March 29, 1960.

Alabama’s civil libel law was a direct descendant of the Sedition Act of 1798, which the Adams Administration had wielded to put more than a dozen of its critics in jail.

The Court overturned the Alabama libel law and broke sharply from the past, providing broad new protections for political speech. In a self-governing democracy, people had to be free to criticize the public officials who represented them. The justices ruled that the First Amendment protected even the most caustic and vitriolic criticism—“unpleasantly sharp attacks against government and public officials.” Justice William Brennan expressed for the majority the central meaning of the First Amendment: “Thus we consider this case against the background of a profound national commitment to the principle that debate on public issues should be uninhibited, robust, and wide-open, and that it may well include vehement, caustic, and sometimes unpleasantly sharp attacks on government and public officials.” The First Amendment, the Court said, “was fashioned to assure unfettered interchange of ideas for the bringing about of political and social changes desired by the people.” 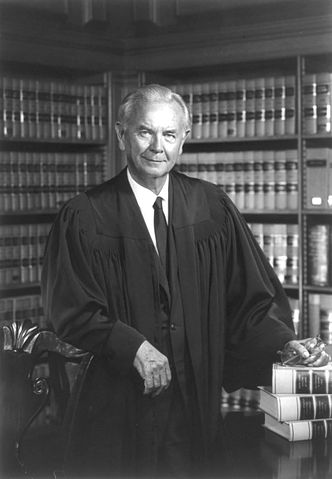 The Court recognized that the defense of truth was a thin reed upon which to assure robust discussion. Brennan wrote that “erroneous statement is inevitable in free debate, and that it must be protected if the freedoms of expression are to have the ‘breathing space’ that they ‘need . . . to survive.’ The Court continued: “Allowance of the defense of truth, with the burden of proving it on the defendant, does not mean that only false speech will be deterred. Even courts accepting this defense as an adequate safeguard have recognized the difficulties of adducing legal proofs that the alleged libel was true in all its factual particulars.”

The resulting chilling effect inhibited public debate and discussion. “Under such a rule, would-be critics of official conduct may be deterred from voicing their criticism, even though it is believed to be true and even though it is, in fact, true, because of doubt whether it can be proved in court or fear of the expense of having to do so. They tend to make only statements which ‘steer far wider of the unlawful zone.’ The rule thus dampens the vigor and limits the variety of public debate. It is inconsistent with the First and Fourteenth Amendments.”

The Court ruled that the First Amendment protected critics from libel actions of public officials in significant ways. The justices changed the burden of proof—instead of speakers and writers having to prove the truth of their assertions, officials would have to prove falsity. And even false statements were protected unless the defendant made them with knowledge that they were false or with reckless disregard for the truth.

Fighting words refer to direct, face-to-face, personal insults that would likely lead the recipient to respond with violence. The U.S. […]