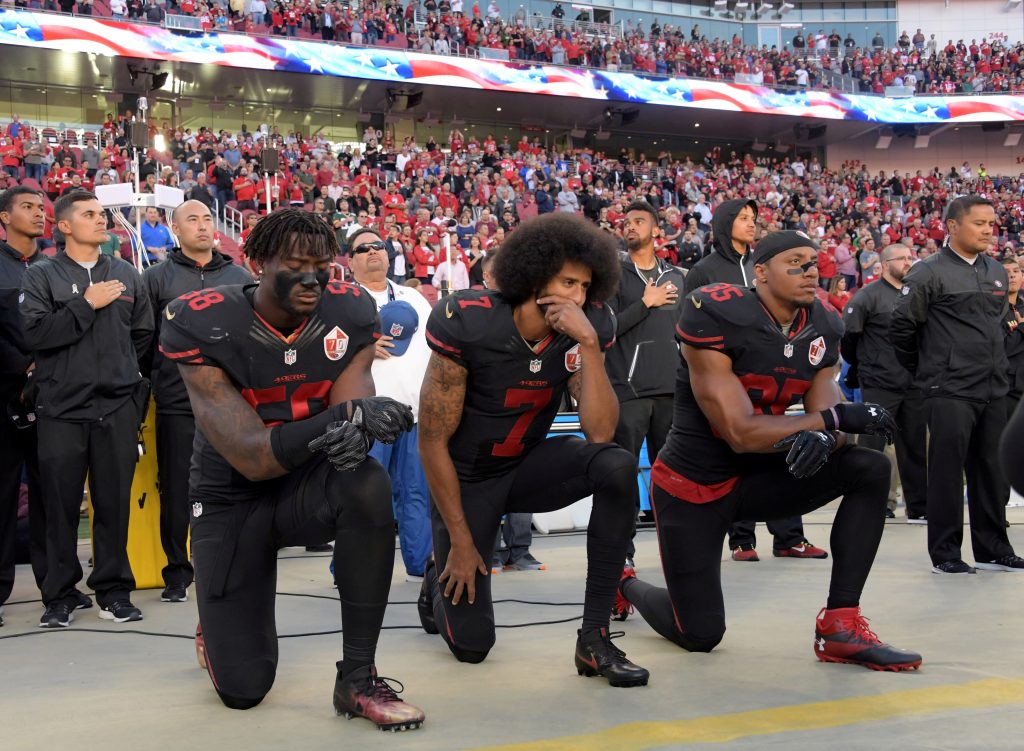 First Amendment Watch provides full lesson plans on First Amendment principles, each of them tied to current controversies. Each guide offers background on the law, links to primary sources, discussion questions for students, videos, and more. We designed them so that they could be easily incorporated into courses on media law, the First Amendment, journalism reporting and writing, history, and politics. Currently, our list guides teach prior restraint using instructions on printing 3-D guns; symbolic speech using the NFL players protest; and public forum using public officials blocking critics on social media.

All our educational materials are free to download. We do ask that our readers fill out a basic contact form before reading or downloading our teacher guides. This helps us (and our funders) a sense of where and how our guides are being used.

First Amendment Watch’s teacher guides are based on the idea that students are more likely to grasp traditional free speech principles when they see how they play out in contemporary controversies. Drawing from news stories on our own site, our guides combine old and new cases to give a fuller picture of the challenges associated with protecting our First Amendment rights.

Guest in your class

First Amendment Watch founding editor Stephen D. Solomon or another expert are available to visit your class on issues covered by our teaching guides. Professor Solomon has recently appeared as a guest at classes at Tulane Law School, Tulane University School of Liberal Arts, and Korea University. Please email us if we can be of assistance.

Can First Amendment Defenses Save Provocateur Alex Jones From The Sandy Hook Libel? (Available without registration!)

Alex Jones and his website Infowars made repeated claims that the 2012 murder of 20 children and six adults at the Sandy Hook Elementary School in Newtown, Connecticut was a “giant hoax,” possibly instigating a number of his followers to harass the families of the victims. Does the First Amendment protect Alex Jones’ speech?

Why is James Madison’s Defense of Freedom of the Press Critical Today?

Public officials of all political stripes throughout American history have accused the press of false or biased reporting. President Donald Trump, for one, has accused some news organizations of publishing “fake news” about his administration. This is an opportune time for educators to reach back to James Madison for what may be the most powerful defense of freedom of the press written by any American.

Can Public Officials Block Critics from Their Social Media Accounts Consistent with the First Amendment?

Today, most political and social discussion occurs in the digital sphere, often on peoples’ social media platforms. Seeing this, some public officials have opened Facebook and Twitter accounts to share important updates and engage with their constituents. But what happens when the official wants to remove a user who is posting critical feedback? This teacher guide uses the Knight First Amendment Institute v Trump to show how First Amendment principles like public forum and viewpoint discrimination apply online.

How are NFL Protests Related to Symbolic Speech and the First Amendment?

Symbolic speech as a form of protest, like taking a knee at a football game while others stand for the National Anthem, enjoys a long history in America. The NFL protests—players taking a knee during the playing of the National Anthem before NFL games—provides an extraordinary opportunity for teaching how the idea of speech has evolved beyond the spoken word to encompass artistic and symbolic speech.

Prior Restraints—The Most Egregious Violation of First Amendment Rights

The most fundamental violation of freedom of the press is considered to be a prior restraint—an order issued by a court that prohibits the publication or broadcast of material that in some way is deemed especially harmful. Prior restraints have come up in many different contexts, including permits for demonstrations and ratings for movies. In this guide, however, we focus on two of the most important areas—where publication of information may endanger national security and where it may harm a defendant’s right to a fair trial under the Sixth Amendment.

Why is Hateful or Offensive Speech Protected in the United States?

Can politicians ban reporters from press conferences and other gatherings?

Though politicians and journalists need one another, their interactions are by nature often adversarial. A key part of a reporter’s job is to look beyond the story public officials want to tell and to ask uncomfortable questions. But when officials believe reporters go too far, can they ban them from attending future gatherings? And what First Amendment or other rights protect reporters from such actions?

How the Sedition Act Threatened (and Then Saved) the First Amendment

What Is the Right to Protest and How Is It Protected Under the First Amendment?

This teacher guide examines the role peaceful protest has played in United States history, how the law evolved to ensure greater protections for protest, and contemporary threats to assembly rights. It includes information about the civil rights movement, major court cases, and the philosophy of civil disobedience.

Each year, the New York State Bar Association (NYSBA) convenes the New York Fair Trial Free Press Conference, which brings together a panel of journalists, judges, and lawyers to discuss a hypothetical case involving free speech, the freedom of the press, and citizens’ right to a fair trial. This guide uses videos taken from the 2018 conference to address First Amendment issues like privacy rights, shield laws, and confidential sources.

Do you use our teacher guides in your classroom? Tell us how you’re using First Amendment Watch to teach and receive a free copy of Revolutionary Dissent: How the Founding Generation Created the Freedom of Speech.