Attacks on the Press | Censorship | Reports 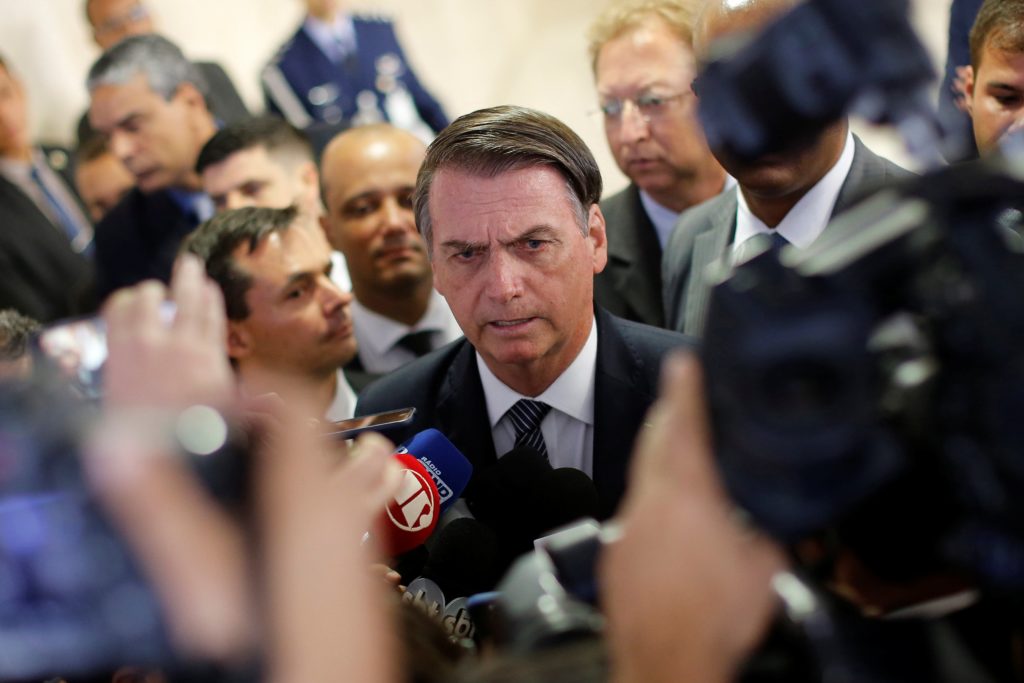 razil’s President Jair Bolsonaro speaks with journalists after a ceremony at the Planalto Palace in Brasilia, Brazil April 25, 2019. REUTERS/Adriano Machado

Each year, the global press advocacy group Reporters Without Borders releases its“World Press Freedom Index,” a ranking based on the safety of journalists in 180 countries and territories around the world.

This year’s report warns that the coronavirus has enabled governments across the globe to pass laws that broaden state surveillance and restrict freedom of expression.

See also: Why Protest Sites and the Border Remain Risky Places to Report

The United States’ ranking is still substantially below other countries with democratic governments, including Germany (11), Canada (16), Australia (16), and the United Kingdom (35).

The report singles out President Donald Trump and Brazil’s President Jair Bolsnaro for their repeated attacks on the press.

“The democratically elected presidents of two countries, Donald Trump in the United States (up 3 at 45th) and Jair Bolsonaro in Brazil (down 2 at 107th), continue to denigrate the media and encourage hatred of journalists in their respective countries,” the report says.