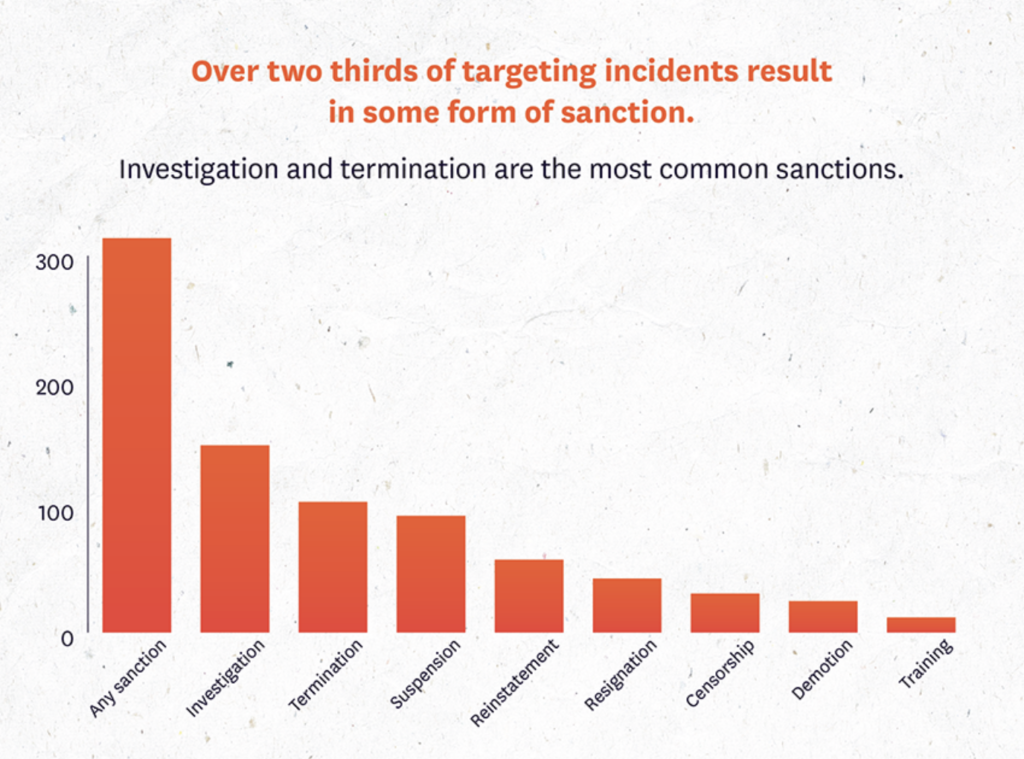 This graph was taken from FIRE’s report “Scholars Under Fire.”

The Foundation for Individual Rights in Education (FIRE) released a report on August 31st highlighting a growing pattern of university students and outside groups calling for schools to punish professors for statements they made on sensitive political issues. FIRE’s study showed that the number of targeting incidents against professors has risen precipitously since 2015.

FIRE is a free expression litigation and advocacy group whose mission is to “defend and sustain the individual rights of students and faculty members at America’s colleges and universities.” In 2015, the organization began collecting information about campaigns to censor, investigate, and/or terminate scholars for controversial statements, and adding it to a publicly available database called “Scholars Under Fire.” The recent report is based on information they collected over a five-and-a-half-year period (from 2015 to mid-2021).

“The goal of this ongoing project is to provide scholars and journalists with a comprehensive picture of how these targeting incidents — a form of attempted censorship — occur on campus,” the report’s authors write.

In 2015, the organization documented 24 incidents of universities being asked to investigate, censor, or fire a professor for their speech. By 2020, that number had risen to 113.

The majority of these campaigns resulted in sanctions against the professor. Of the 426 “targeting incidents” FIRE documented, roughly three-quarters of cases (314 or 74%) of them resulted in some kind of punishment.

For example, Eric Thompson, a professor at Moreno Valley College, was fired in 2016 after showing a video to students that argued that homosexuality was caused by environmental factors, not biology. Another professor at the University of Louisiana, Mary Holmes, was fired in 2020 after writing on Facebook “Thank God for our President [Trump]. He takes no salary for his loyal commitment. Not like the monkey before him [Obama].” In 2021, Cypress College suspended Faryha Salim after a video of her having a heated exchange with a student about police officers went viral. That same year, Gregory Manco, a mathematics professor at Saint Joseph’s University, was suspended for a social media post he wrote criticizing economic reparations for descendants of slaves.

Out of the 426 of the scholars criticized for controversial speech, 104 had their contracts terminated and 93 were suspended and/or relieved of teaching duties.

This graph was taken from FIRE’s report. 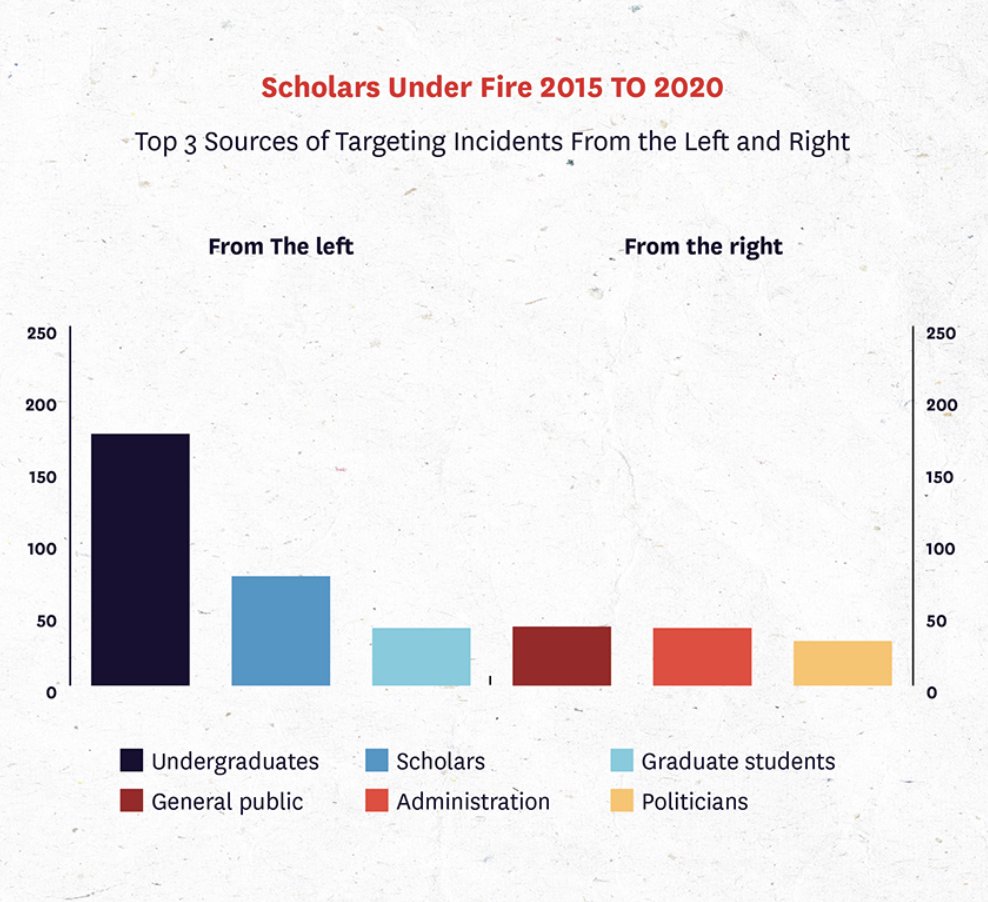 This graph was taken from the FIRE report.

Although politicians and activists do wage campaigns against professors for offensive comments, undergraduate and graduate students made up a much larger percentage of those who called on universities to punish professors for controversial speech.

The majority of targeting incidents came from the left of the scholar (62%) compared to those that came from the right of the scholar (34%). This remained true every year except 2017, when the majority of the 68 scholars targeted for speech that year faced campaigns from the right. Among those was Garrett Nichols, an assistant professor of English at Bridgewater State University who was investigated by university police after writing “F— Donald Trump. F— ANYONE who voted for Donald Trump. F— ANYONE who tries to explain to me the ‘real’ needs of people who voted for Donald Trump” on his social media. Nichols was suspended from his teaching suspension because of the post.

Of the total 426 targeted incidents FIRE documented, half involved professors whose statements were intended to serve a pedagogical (25%) and/or scientific (25%) function. The report’s authors say this data point in particular concerns them because it explicitly implicates the professors’ academic freedom.

“If scholars are unable to ask certain questions because they fear social or professional sanctions, particularly from their students and colleagues, then the advancement of human knowledge will be hindered. We may unknowingly continue to pursue important societal goals using ineffective means and policies because scholars fear the consequences of investigating whether such means and policies help us achieve what they are intended to,” the report’s write.