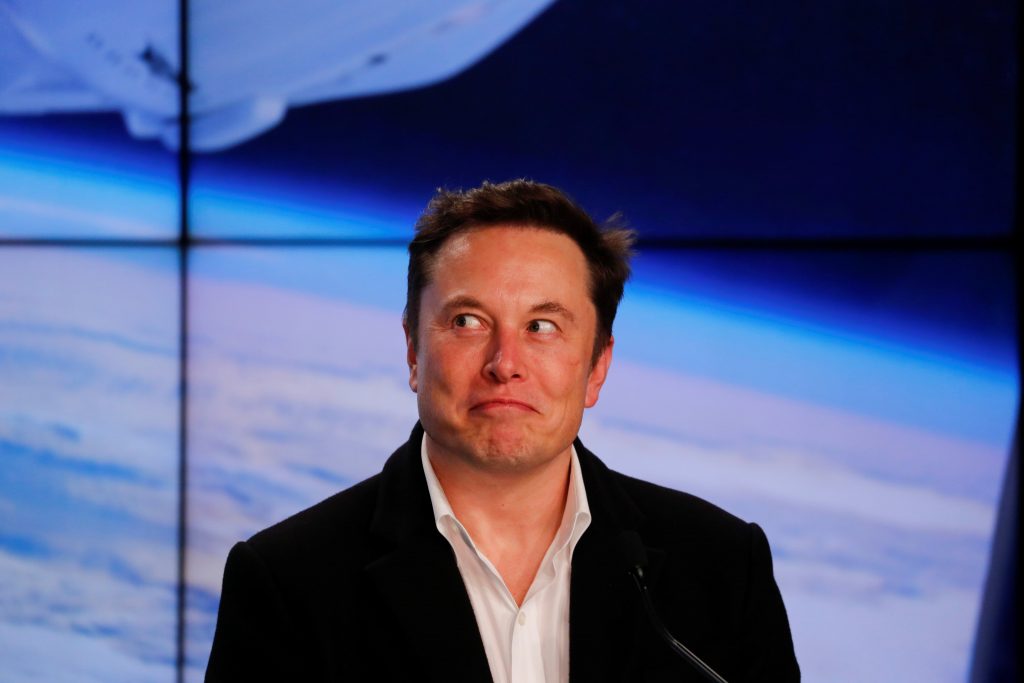 Elon Musk reacts at a post-launch news conference after the SpaceX Falcon 9 rocket, carrying the Crew Dragon spacecraft, lifted off on an uncrewed test flight to the International Space Station. March 2, 2019. REUTERS/Mike Blake

A federal judge in California ruled that Tesla and SpaceX CEO Elon Musk has to go on trial for calling a British cave explorer a “pedophile” and “child rapist.”

Musk was sued for defamation in September 2018 for comments he made on Twitter and via email about Vernon Unsworth, calling him a “pedo guy.” After deleting and apologizing for his tweets, Musk sent an email to BuzzFeed News in which he claimed Unsworth had married a 12 year-old and asked the publication to “stop defending child rapists.”

In a motion to dismiss filed on November 18th, Musk’s lawyers argued that statements on “unmoderated Internet forums” are presumptively opinion, and the terms he used to describe Unsworth, namely “sus” and “pedo guy,” were too ambiguous to be proven true or false.

In May, Judge Stephen V. Wilson of the U.S. District Court of the Central District of California rejected these arguments, writing that Twitter contained both news and opinion and that “A reasonable fact-finder could easily conclude that [Elon Musk’s] statements … implied assertions of objective fact.”

Unable to have the case dismissed on opinion grounds, Musk’s lawyers shifted strategy. To raise the standard for defamation, they argued that the court should treat Unsworth as a limited purpose public figure and not as a private individual. This would have required Unsworth’s lawyers to prove not only that Musk had acted negligently, but that Musk knew the statements he made were false and published them anyway.

The judge found the limited public figure argument lacking. In a court document filed on Monday, Wilson explained that without a direct relationship between the alleged defamation and the public controversy, Unsworth could not be considered a limited public figure, at least for this specific case.

“For Defendant’s comment to relate to Plaintiff’s participation in the public controversies, there must be some relationship between pedophilia and the Rescue or the Subs–there is simply no credible connection here,” Wilson wrote before adding, “To allow criticism into every aspect of a plaintfif’s life simply because he chose to get involved in a limited issue would render him an all-purpose public figure–effectively merging the limited-purpose public figure doctrine.”

The judge denied Musk’s motion for summary judgement and set the jury trial date for December 3.