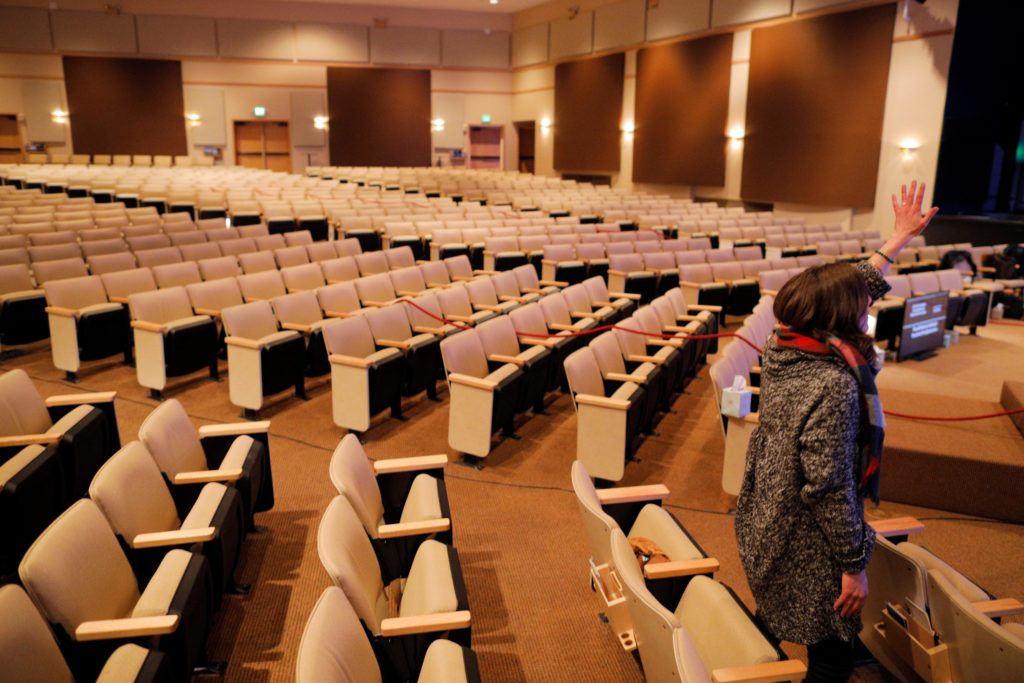 An online Sunday church service in an empty sanctuary at the in Bothell, Washington, U.S., March 15, 2020. REUTERS/Brian Snyder

Joshua Freed, a Republican gubernatorial candidate, is suing Washington Governor Jay Inslee over the state’s stay-at-home order issued to slow the spread of the coronavirus.

Filed in the U.S. District Court for the Western District of Washington on April 21st, the lawsuit argues that the state’s ban on all religious meetings violates the candidate’s First Amendment rights to religious freedom, speech, and assembly.

In the suit, Freed argues that the ban is overly restrictive, and unfairly singles out religious meetings while leaving other gatherings of similar size untouched.

“If a Washington citizen can visit a marijuana shop or grocery store to buy goods in a responsible and socially distanced manner, how are they not allowed to practice faith-based activities and have spiritual fellowship using the same precautions?” Freed said in a news release.

The suit contends that religious groups, like the Freed’s Bible study group, should be allowed to gather in person “regardless of the number of participants,” if they agree to practice “adequate social distancing.”

“Prohibiting or punishing Plaintiff’s religious speech does not serve any legitimate, rational, substantial, or compelling governmental interest,” the lawsuit states.

Religious groups across the country have pushed back against limitations on gathering sizes, citing their First Amendment rights. Some have continued to attend church services despite states’ concern that large gatherings lead to COVID-19 outbreaks.

In March, 34 members of an Arkansas church tested positive for coronavirus. In Virginia, a pastor who vowed to keep preaching “unless [he was] in jail or the hospital” later contracted COVID-19 and died.

Freed is seeking a preliminary injunction voiding Inslee’s order, and a judgment that the ban on spiritual gatherings violates the Constitution.