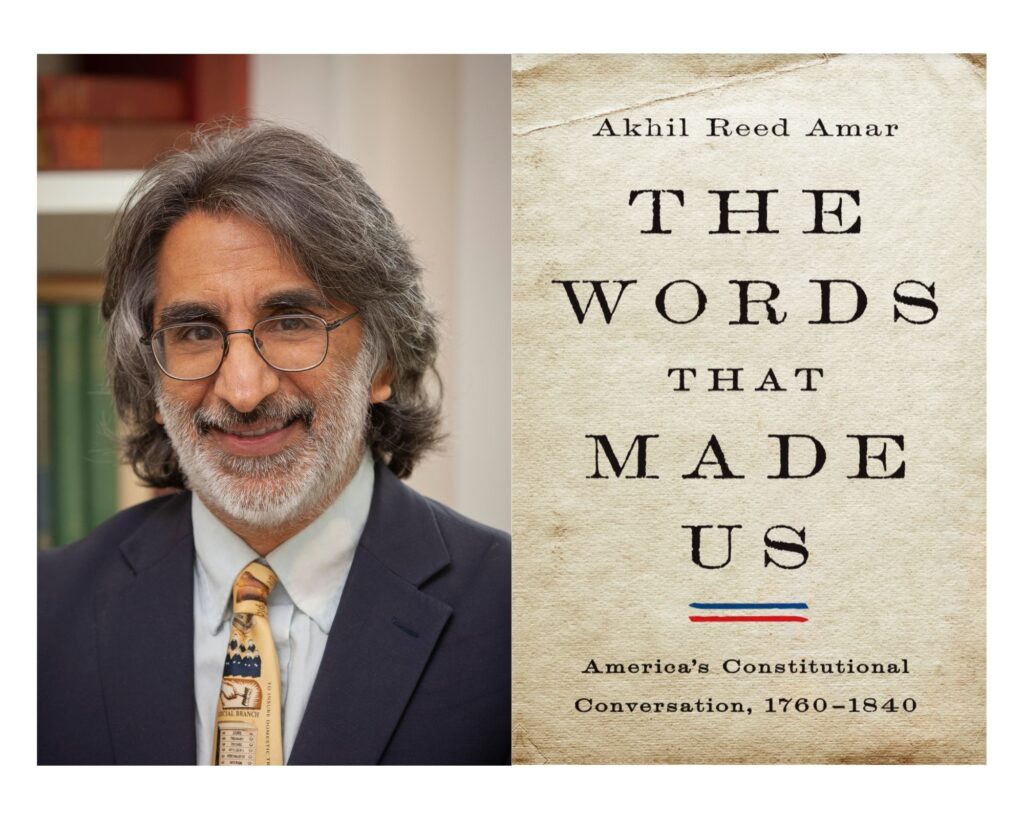 Akhil Reed Amar is the Sterling Professor of Law and Political Science at Yale Law School and the author of several books on constitutional law and history. His latest book The Words that Made Us is available now available for purchase.

In his newest book, The Words that Made Us: America’s Constitutional Conversation 1760-1840, Yale law professor and constitutional historian Akhil Reed Amar tells the story of the first 80 years of public debate in the United States. This excerpt focuses on the origins of America’s newspaper culture and the central role it played in forming our democracy. Before America gained its independence, printers tested the limits of British rule by defying the Stamp Act of 1765. Once Americans were free to create their own government, elected officials relied on newspapers to circulate state constitutions and publish public opinion on issues of the day.  Although it is only a fraction of Amar’s 800-page book, this excerpt manages to convey a strong message: there would likely have not been any “constitutional conversation” had there not been a vibrant and healthy press to foster it.

Cheerleader Who Knelt During National Anthem, Wins $145,000 in Settlement with University

Two years ago, Tommia Dean sued the university arguing that state and university officials conspired together to prevent cheerleaders from protesting at future games. In a settlement reached this fall, the Georgia Department of Administrative Services agreed to pay her $135,000.