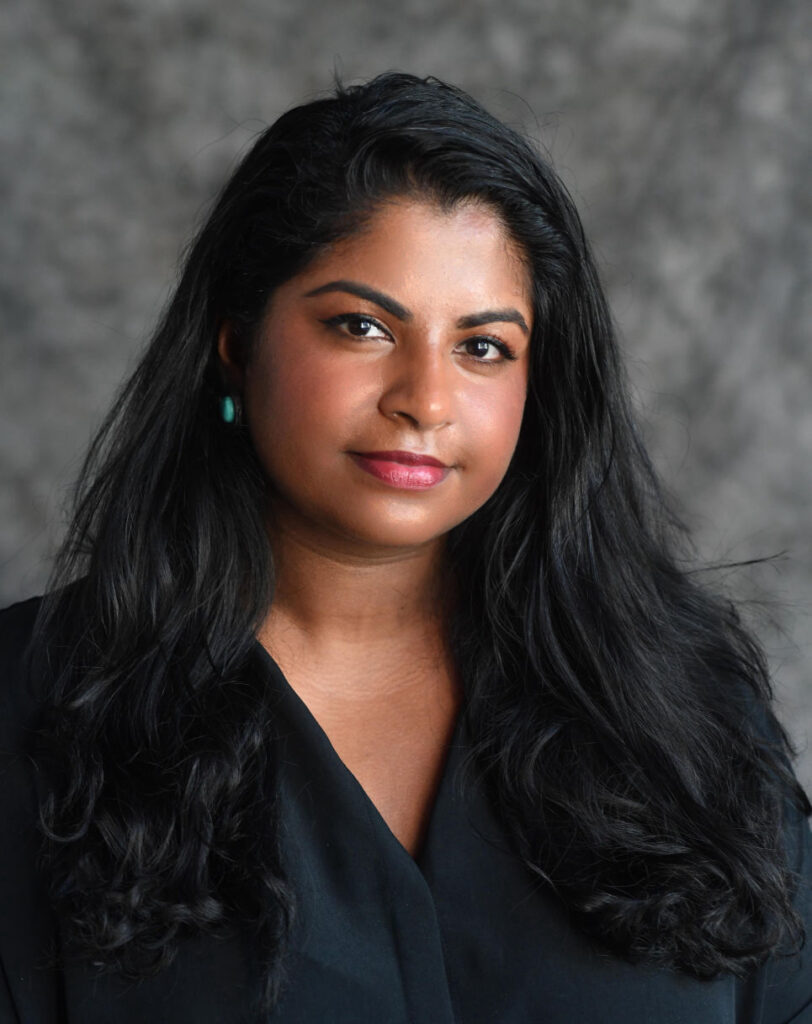 Meenakshi Krishnan is a legal fellow at the Knight First Amendment Institute. Previously, she attended Yale Law School where she helped litigate First Amendment and freedom of Information cases as a Student Director of the Media Freedom information Access Clinic.

On July 11, 2017, the Knight First Amendment Institute at Columbia University filed a complaint against President Donald Trump for blocking seven critics from his Twitter account, @realDonaldTrump.

The high-profile lawsuit drew attention to new legal questions arising from the popular use of social media. Though Trump’s account was technically personal, the Knight Institute argued that Trump overwhelmingly used it for official communication such as announcing policy decisions, and describing meetings with foreign leaders. In doing so, Knight postulated, Trump had opened a public forum, and as such, any attempt to block critics was an act of government censorship.

Multiple courts have ruled in favor of Knight, and have ordered Trump to unblock people from his account. Despite wide court consensus, the President has insisted he has a right to exclude certain users from his account, so much that he recently petitioned the United States Supreme Court to rehear the case.

First Amendment Watch staff writer Soraya Ferdman spoke to Meenakshi Krishnan, a legal fellow at the Knight First Amendment Institute, about the petition. One of the attorneys working on the case, Krishnan explains why she thinks many of Trump’s arguments are likely to fail should the case come before the Supreme Court.

Ferdman: Did you anticipate when Knight first filed the lawsuit in 2017 that it would go on this long, or that the President would push back against something as seemingly banal as blocking critics from his Twitter account?

Krishnan: I actually was not working with the Knight Institute when the original lawsuit was filed, but I’m not surprised that the President has pushed back. Time and again, we’ve seen this President defy basic constitutional norms and engage in petulant behavior. I think his desire to keep blocking people who criticize him is no exception.

Ferdman: Do you think there is something specific about blocking critics that is important to Trump? Or do you think it’s as simple as not wanting to be told what he can and cannot do?

Krishnan: It’s probably both. I think he doesn’t want to hear or be exposed to any criticism, without knowing what’s going on in his mind. That said, this is not about harassment. It’s not about trolling. It’s about the President deliberately excluding constituents’ political views from a public forum that he’s created.

Ferdman: In terms of his petition to the Supreme Court, it seems to repeat two old arguments: @realDonaldTrump is his private account, and blocking isn’t state action. I want to talk about both of these, but let’s start with the first one.

Trump’s lawyers are arguing that even if the President uses @realDonaldTrump to make official statements, the account itself remained private in much the same way his personal property was private. They write, “[I]f a President makes an official speech on real property that he owns, he obviously does not thereby lose his right as a private property owner to exclude those with whom he disagrees.” What about this argument fails?

Krishnan: I think there’s two points worth making there. First, it doesn’t matter that @realDonaldTrump used to be a personal account or that it may become again, when he’s no longer president. What matters most is that the President uses the account to conduct official government business. The analogy they’re making to the President telling someone to get off his lawn is not really an apt analogy. The better way to think about it would be to imagine a government official using a private email account for official business.

The backing point is that it’s not accurate to say that government officials can really exclude individuals from their private property when they’ve opened that private property to the general public for the purpose of hosting a town hall on government matters. Trump’s lawyers frequently rely on this analogy, but what matters is not the private nature of that underlying property, which, in this case, is Twitter. That’s not what’s determinative. What matters is how the President uses the account.

Ferdman: That’s something your team has worked really hard to demonstrate, how the President uses the account for official purposes. It goes far beyond announcing policy plans. Can you talk about some of the more convincing evidence you’ve collected?

Krishnan: Like you said, it goes far beyond announcing policy plans or just saying “I’m supporting my administration policies.” He’s used it to appoint executive officers, to announce the removal of those officers, and to conduct foreign policy. For example, he used his Twitter account to announce for the first time that he was firing his first chief of staff [Reince Priebus]; his first cabinet secretary [Rex Tillerson]; [the Veterans Affairs Secretary] David Shuklin, and the Homeland Security Secretary Kirstjen Nielsen. He used Twitter to announce his nomination of Chad Wolf for Secretary of Homeland Security. In terms of foreign policy, Trump once tweeted his recognition of Israel sovereignty over the Golan Heights, his plan to increase tariffs on Chinese goods, and more recently, a preview of an executive order on social media companies and Section 230. Equally important is that government officials and agencies have said the tweets should be considered official statements by the President. Even the national archives and records administration told the White House that the President’s tweet should be preserved as official records under the presidential records act.

Ferdman: Couldn’t a person or reporter just open a new account if they want to access Trump’s Twitter? If his tweets are really that newsworthy, wouldn’t someone be able to read about them in a news report? I’m asking because it’s a point the petition raises.

Krishnan: The Supreme Court has repeatedly held that even minimal burden on First Amendment rights are impermissibly unconstitutional. This idea that there’s a work around, that someone could just open a new account, is not acceptable. That’s the first point. The second is that when you open a public forum on Twitter, you’re opening it so that citizens can engage with your statements immediately, not sometime in the distant future. The key point here is that they are being denied access not only to his tweets, but also to the interactive dialogue that’s taking place in the threads.

Ferdman: I see. Here, the nature of the public forum is immediate and fast-paced. Opening a public forum on Twitter implies giving constituents the ability to respond and interact in real time.

Ferdman: Have you put any thought as to what mix of an official and private use triggers a public forum?

Krishnan: Courts have emphasized looking at the totality of the circumstances in order to answer whether an account is public of private. The key question is how the official is using the social media account, or whether they’re using it as an extension of their office. There are a lot of factors that play into that inquiry. For example, a court may ask whether the official uses government resources in connection with the account, or how the account is visually presented. Under that holistic analysis, it’s perfectly possible for an official to tweet or post occasionally about private matters. But, if the bulk of the account is oriented towards governance and is open to speech by the public at large, it’s most likely a public forum.

We published a social media guide for public officials back in January with some guiding criteria.

Ferdman: Okay, let’s move to the second argument in the petition: Even if Trump’s account is a public forum, Trump’s lawyers argue that the act of blocking can’t constitute state action because it doesn’t involve government power. In other words, because it’s a function Twitter invented that everyone has access to, it can’t be government censorship. What about this argument fails?

Krishnan: It’s not really possible to distinguish the account with the act of blocking. Under that reasoning, public officials could block critics from established official accounts, like @POTUS or @WhiteHouse. Even if you do accept this argument as correct–which I don’t–the facts have shown that the President blocked the plaintiffs after they replied critically to a tweet that concerned his official actions. These weren’t people who were blocked for any other reason other than just pure viewpoint discrimination.

Ferdman: Do you think that SCOTUS is going to take this case?

Krishnan: I mean, it’s hard to say, right? On the one hand, I think the question of whether politicians or public officials can permissibly block critics on official social media accounts has hugely important consequences for civil rights in the digital age. On the other hand, every Circuit that has addressed this issue so far has held similarly, that when government officials use social media accounts for official purposes and invite the public to engage with them as Trump has done, they violate the First Amendment when they block critics. Either way, it’s pretty momentous.