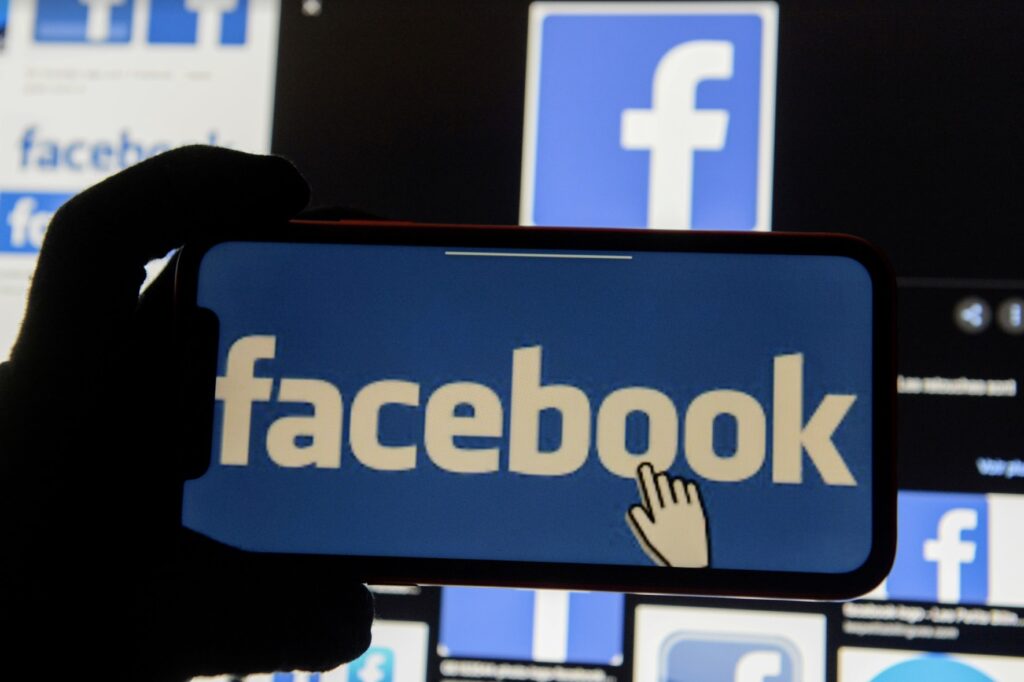 In this Dec. 2, 2019, file photo, the Facebook logo is displayed on a mobile phone in this photo illustration. (Reuters/Johanna Geron)

The United States Court of Appeals for the Ninth Circuit upheld a lower court judgment that two California school district trustees infringed the First Amendment rights of a couple who were blocked from posting frequent critical comments on the trustees’ social media accounts.

T.J. Zane and Michelle O’Connor-Ratcliff, trustees on the board of education for the Poway Unified School District in San Diego County set up social media accounts on Facebook and Twitter separate from their personal ones to discuss and promote school-related content.

The couple with children in the district, Christopher and Kimberly Garnier, were known for frequently posting long, critical and repetitive posts on the trustees’ and Board of Trustees’ pages. In the beginning, Zane and O’Connor-Ratcliff, on their respective pages, would delete or hide the Garniers’ posts but over time, they blocked them entirely.

The controversy raised the question of public officials blocking people who post comments on social media sites that public officials have dedicated to inform the public and encourage discussion. Under First Amendment law, such use of social media creates a limited purpose public forum, in which the government can limit the forum to certain subjects but cannot discriminate among speakers based on their viewpoint. Officials can, however, impose reasonable time, place and manner restrictions—such as maintaining a site for discussion of specific topics.

In the unanimous opinion in Garnier v. O’Connor-Ratcliff, Zane, Judge Marsha Gershon wrote, “…we hold that, under the circumstances presented here, the Trustees have acted under color of state law by using their social media pages as public fora in carrying out their duties.” The judge said the court applied First Amendment public forum criteria and “the restrictions imposed on the Garniers’ expression are not appropriately tailored to serve a significant governmental interest and so are invalid.”

Gershon observed that it was a “close question” whether the decision to block the Garniers was viewpoint discrimination. However, the judge noted that the trustees testified that they blocked the couple, not because the comments were overwhelmingly critical but because the Garniers were “‘spamming [them] repetitively,’ and the repetitive nature of their comments tended to ‘fill up the page.’”

In the lower court opinion, U.S. District Judge Roger Benitez noted that Christopher Garnier posted during a 10-minute span the same reply 226 times to every tweet that O’Connor-Ratcliff posted.

The three-judge panel argued that annoyance and concern that the Garniers’ posts were distracting others and interfering with others commenting wasn’t corroborated by the facts. In the opinion: “It is apparent that the Garniers’ repetitive comments bothered the Trustees. But there is no evidence that the repetitive comments ‘actually disturb[ed] or imped[ed]’ the Trustees’ posts or prevented other viewers of the Trustees’ accounts from engaging in discussion.”

The judge noted this was the first time the Ninth Circuit had taken up the issue of First Amendment violations created by public officials blocking certain members of the public from public forums. “In recent years, the Second, Fourth, Sixth and Eighth Circuits have each addressed claims regarding the blocking of access to government officials’ social media pages.”

In 2017, the Knight First Amendment Institute at Columbia University filed a lawsuit on behalf of seven individuals who had been banned on Twitter by then President Trump. The United States Court of Appeals for the Second Circuit in that case ruled “the First Amendment does not permit a public official who utilizes a social media account for all manner of official purposes to exclude persons from an otherwise-open online dialogue because they expressed views with which the official disagrees.” The court ruled that Trump’s act of blocking individuals violated the First Amendment.

On April 5, 2021, the U.S. Supreme Court vacated the judgment and returned the case to the Second Circuit Court of Appeals with instructions to dismiss the case as moot. The former president was no longer in the White House and he had been denied access to Twitter January 8, two days after the Capitol insurrection.