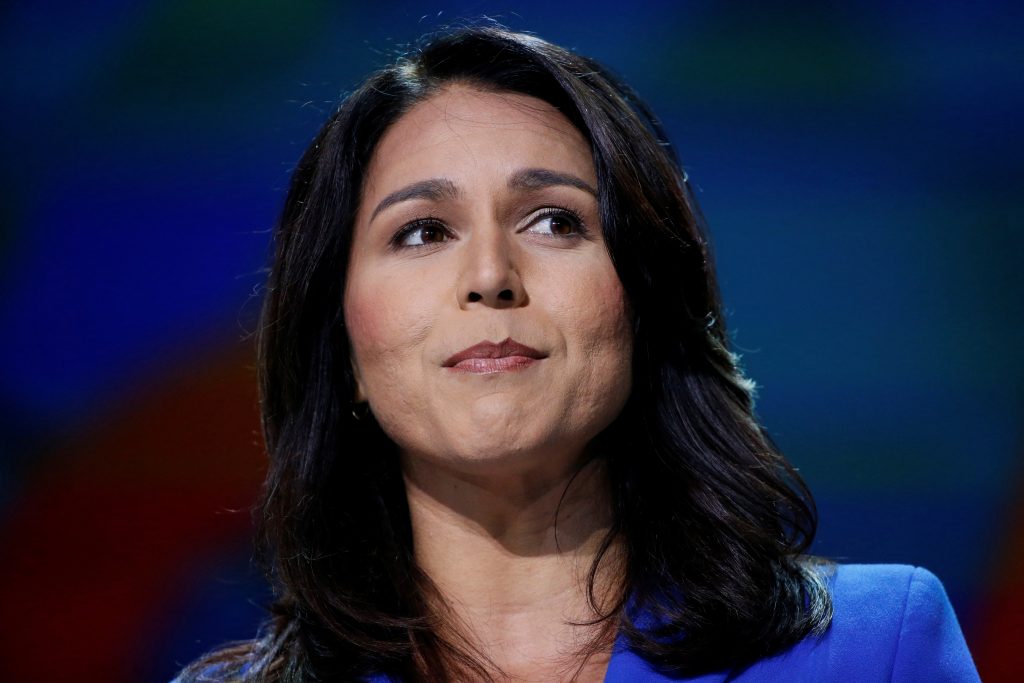 U. S. Representative and  Democratic presidential candidate Tulsi Gabbard filed a lawsuit in the United States District Court for the Central District of California, claiming that Google infringed on her free speech rights.

Google is a privately-owned company and isn’t subject to restrictions imposed by the First Amendment, which only applies to actions by the government. However, Gabbard’s lawsuit argues that the tech company is in effect a state actor because of its vast power over speech—that it operates a public forum for tens of millions of Americans and thus, like the government, cannot discriminate against speakers based on their viewpoint.

“Google creates, operates, and controls its platform and services, including but not limited to Google Search, Google Ads, and Gmail as a public forum or its functional equivalent by intentionally and openly dedicating its platform for public use and public benefit, inviting the public to utilize Google as a forum for free speech. Google serves as a state actor by performing an exclusively and traditionally public function by regulating free speech within a public forum and helping to run elections. Accordingly, speech cannot be arbitrarily, unreasonably, or discriminatorily excluded, regulated, or restricted on the basis of viewpoint or the identity of the speaker on Google’s platform,” reads the complaint.

After the close of the first Democratic debate in June, Gabbard and her team noticed a sharp uptick in the number of people searching her name on Google, so her campaign began buying Google search ads. The plan was put on hold when her campaign realized that Google had abruptly suspended Gabbard’s advertising account.

“On June 28, 2019, millions of Americans asked Google about Tulsi Gabbard. Tulsi sought to answer them. But Google silenced her,” the lawsuit says.

For its part, Google says the temporary suspension was triggered by large increase in the amount Gabbard’s campaign had been spending on its ads. “We have automated systems that flag unusual activity on all advertiser accounts – including large spending changes – in order to prevent fraud and protect our customers. In this case, our system triggered a suspension and the account was reinstated shortly thereafter. We are proud to offer ad products that help campaigns connect directly with voters and we do so without bias toward any party or political ideology,” a Google spokesperson told Politico.

But Gabbard, who has been an outspoken critic of large tech companies like Google, insists that the suspension was arbitrary, capricious, and representative of large-scale political biases.

“Google’s discriminatory actions against my campaign are reflective of how dangerous their complete dominance over internet search is, and how the increasing dominance of big tech companies over our public discourse threatens our core American values, Gabbard said in a statement. “This is a threat to free speech, fair elections, and to our democracy, and I intend to fight back on behalf of all Americans.”

The Presidential hopeful is asking the court for an injunction requiring Google to cease censoring her speech, and for the company to pay at least $50 million in damages.