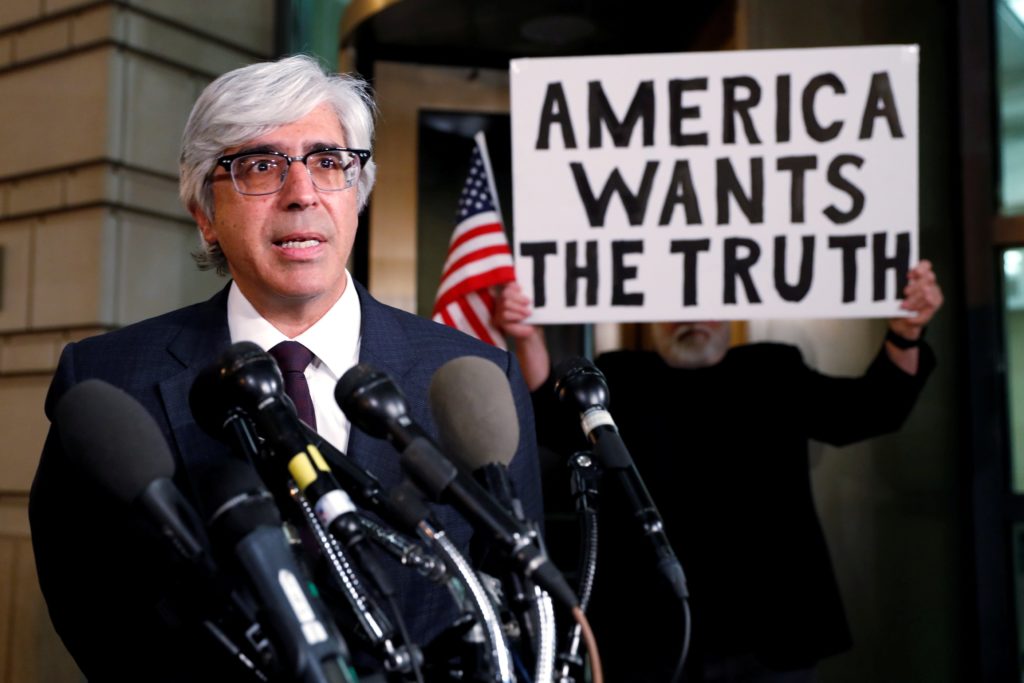 According to the letter, Karem has been unable to access press briefings since new social distancing measures were put in place that limits the number of reporters, camerapersons, and other press who can attend the briefings on a given day.

Karem has had past skirmishes with the White House over access. He is currently still fighting a lawsuit against the White House over the suspension of his press pass in September 2019. Though a federal district court granted a preliminary injunction restoring his pass in August, the government appealed the decision to the U.S. Court of Appeals for the D.C. Circuit. That appeal was argued a couple of weeks ago.

On April 3rd, Karem sent a letter to the former Press Secretary Stephanie Grisham requesting access to that day’s press briefing but did not hear back.

At the same time that Karem was struggling to get access to the White House, another reporter appeared to be getting special treatment.

Channel Rion, a reporter with OANN, twice attended press briefings out of turn, in defiance of new rules that require networks to send reporters on a rotational basis. On April 1st, the White House Correspondents Association (WHCA) voted to remove OANN from rotation because of Rion’s violation of the social distancing policy.

After the WHCA’s decision, Grisham reportedly told Rion she could continue coming to the press briefings as her “guest,” an invitation Boutrous, a partner at Gibson Dunn, says violates the First Amendment. 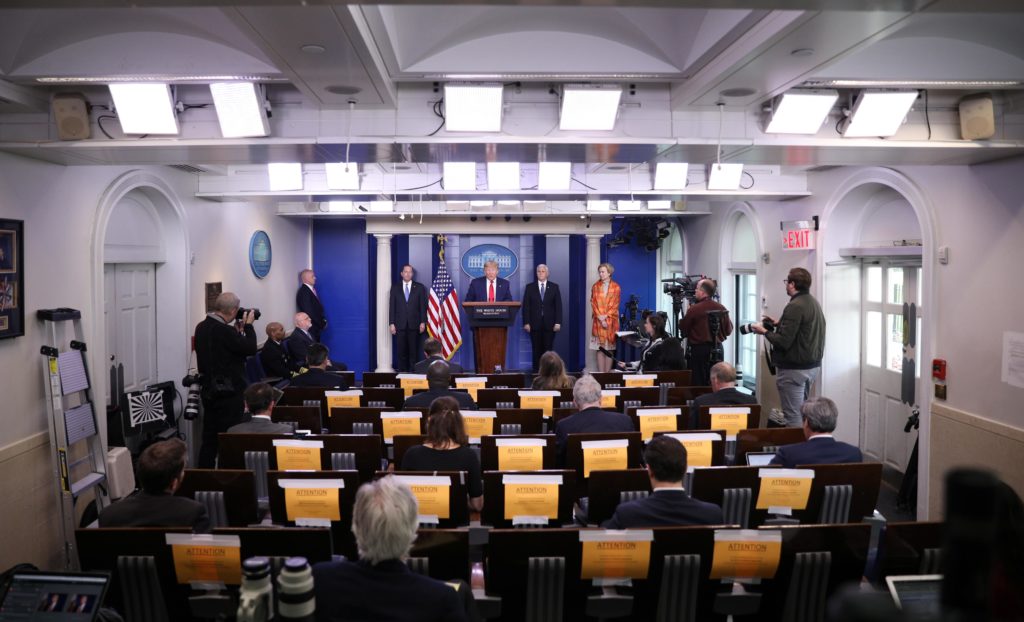 “Prohibiting Mr. Karem and similarly situated reporters from accessing the briefing room, while allowing a favored reporter to attend and ask questions in violation of the agreement, is textbook content discrimination,” the letter reads. “Simply put, you have openly and notoriously excluded reporters you believe to be critics of the administration like Mr. Karem and given access to favored networks like OAN.”

In the event that Karen is refused access, Boutrous warned in the letter that he would seek an order of contempt from the federal district court.

In a letter dated April 5th, an attorney for the U.S. the Department of Justice dismissed Ted Boutrous’ accusations. Their response, shared on Twitter, argues that the special treatment given to Rion was legal because the social distancing policy was adopted “solely by the WHCA” and was not “the subject of an agreement between the WHCA and the White House.”

The letter also cites a 2006 decision by the U.S. Court of Appeals for the Fourth Circuit, Baltimore Sun Co. v. Ehrlich, in which the judge ruled on the side of the Governor of Maryland who had ordered officials in the executive branch not to respond to calls from two Baltimore Sun reporters. The White House attorney argued that Grisham’s invitation of Rion was legal because, as the Fourth Circuit ruled in Ehrlich, “Having access to relatively less information than other reporters on account of one’s reporting” is a “pervasive feature of journalism and of journalists’ interactions with government.”

Anne Champion, another partner at Gibson Dunn working on the Karem case, said in an email that the Ehrlich decision diverges in that it does not involve government regulation of a public forum.

“Ehrlich rests on a narrow holding that the two reporters had no special right to have their questions answered,” Champion explained, adding that “no reporter at a White House press conference has a right to be called on.”

In a statement posted to Twitter on April 6th, Boutrous said, “We understand the need to limit attendees to ensure health and safety, but a fair, neutral, nondiscriminatory process is essential. We have requested that @whca give @BrianKarem and similarly-situated reporters fair access to the rotation for press conferences.”