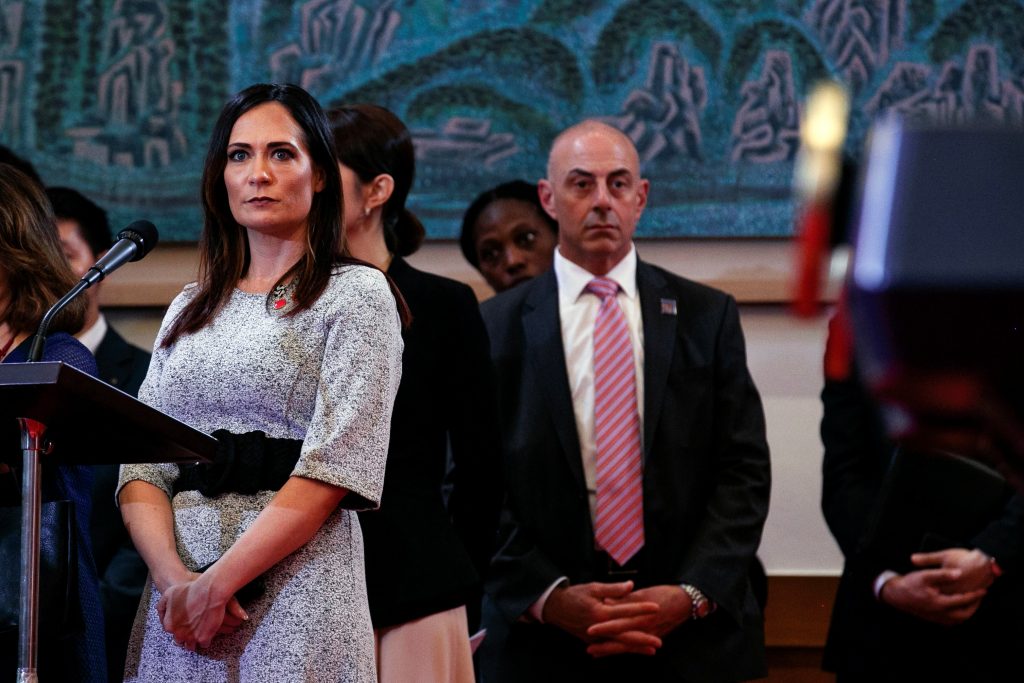 “At this early stage of the proceedings, [Karem has] shown that he is likely to succeed on this due process claim, because the present record indicates that Grisham failed to provide fair notice of the fact that a hard pass could be suspended under these circumstances,” U.S. District Court Judge Rudolph Contreras wrote in his opinion.

“The Court therefore grants Karem’s motion for a preliminary injunction and orders that his hard pass be restored while this lawsuit is ongoing.”

On August 16th, Karem received a 13-page letter from Grisham informing him that the White House was suspending his press pass for 30 days because he had violated a purportedly “widely-shared understanding that at all times at White House press events, members of the press must act professionally, maintain decorum and order, and obey instructions from White House staff.” The letter was in reference to a verbal altercation that occurred weeks earlier between Karem and former Trump advisor, Sebastian Gorka, resulting in only Karem getting punished.

The suspension prompted Karem to sue the administration for violating his First Amendment right to free speech and his Fifth Amendment right to due process. He is represented by Ted Boutrous, who successfully represented CNN reporter Jim Acosta when the White House suspended his press pass back in November 2018.

In the Karem complaint, Boutrous argued that the “widely shared understandings” that Grisham referred to in her letter to Karem were, in fact, not widely understood.

Drawing from Sherill v Knight (1977), an early case decided in favor of a journalist who was denied a White House press pass without notice and without any explanation as to why, Boutrous claimed that Grisham “did not cite any legal authority authorizing her to order the suspension of the hard pass” and that the rules she employed to suspend Boutrous were “too ill-defined, subjective, and vague” to satisfy due process standards.

“As the D.C. Circuit has made very clear, the White House may deny, revoke or suspend a press pass based only on ‘explicit and meaningful standards’ that have been ‘publish[ed]’ so as to afford fair notice to reporters, and to avoid arbitrary or discriminatory punishments,” Karem’s complaint argued.

In granting Karem relief, the federal judge states that the ruling on the preliminary injunction does not address the free speech claims at the center of the case.

“…The Court finds only that the White House likely did not provide the requisite guidance in this specific case—nothing more,” the opinion reads.