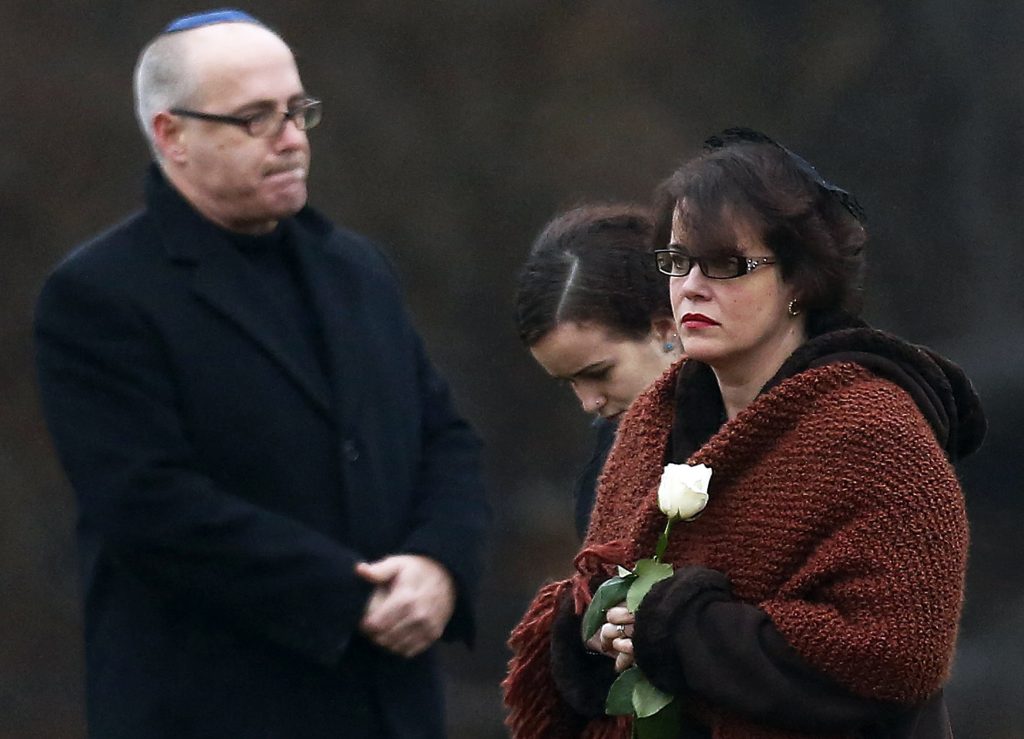 A Wisconsin jury awarded $450,000 in compensatory damages to Lenny Pozner, the father of a 6 year-old Sandy Hook victim who sued the authors and publisher of a book that claimed his son’s death never happened.

Pozner’s late son, Noah, was one of 20 children killed in a mass shooting at Sandy Hook Elementary School. Immediately following the shooting, conspiracy theories proliferated online which insisted the tragedy was a staged performance designed to galvanize public support for stricter gun laws. These theories emboldened individuals to target the parents of Sandy Hook victims, including Pozner, with threatening messages.

In November of 2018, Pozner sued James H. Fetzer and Mike Palecek, co-authors of the book “Nobody Died At Sandy Hook,” for spreading false, defamatory statements about him and his family. The complaint said that the authors accused Pozner of uploading a fake copy of his son’s death certificate.

In June 2019, a Wisconsin state judge ruled that Fetzer and Palecek had defamed Pozner. In the months following the court’s decision, Palecek reached a separate agreement with Pozner where he accepted the court’s ruling and apologized for causing harm.

The book’s publisher, David R. Gahary, had settled with Pozner before the court’s ruling. He agreed to stop selling the book and said that he believes Pozner was telling the truth about his son.

That still left one defendant, Fetzer, a retired professor from the University of Minnesota at Duluth, who continues to defend the book’s claims to this date. The jury’s recent decision reflects the amount Fetzer must pay Pozner for publishing defamatory statements.

“This award, however, further illustrates the difference between the right of people like Mr. Fetzer to be wrong and the right of victims like myself and my child to be free from defamation, free from harassment, and free from the intentional infliction of terror.”

Proving all the elements of defamation is no easy task; even false statements can be protected by law.

In this case, the purportedly defamatory statements not only involved whether or not Pozner’s son died, but whether Pozner’s son ever existed.

In a statement published by The Washington Post, Pozner expressed the hope that this lawsuit would serve as a warning to trolls.

“The damages awarded me for Mr. Fetzer’s prolific defamation and harassment are significant, not so much for the dollar amount, which I will likely never see due to Mr. Fetzer’s economic reality, but for the precedent that it sets. This sends a message to hoaxers and conspiracy theorists and others, who seek to use the Internet to revictimize and terrorize vulnerable people, that their actions have consequences. When you defame people online, that has consequences.”