Madison-Jefferson Letters on Advisability of a Bill of Rights, 1787-1789

The Constitution had been written and signed by the time that Thomas Jefferson and James Madison engaged in a fascinating correspondence about a bill of rights. Much of the opposition to ratification had centered around the failure of the Constitutional Convention in Philadelphia to include a bill of rights in the original document. In many of the states, ratification came only after the Anti-Federalist secured promises that the First Federal Congress would consider amendments to protect the liberty of the people.

Jefferson was a minister serving in Paris when he and Madison wrote to each other about their feelings about a bill of rights. It began on October 24, 1787, a little more than a month after the Convention ended, when Madison informed Jefferson that George Mason, a Virginia colleague, had left Philadelphia in opposition to the Constitution—“He considers the want of a Bill of Rights as a fatal objection.” Jefferson replied two months later that “a bill of rights is what the people are entitled to against every government on earth, general or particular, & what no just government should refuse or rest on inference.”

Although he later became the primary author of the Bill of Rights, Madison expressed serious doubts about the wisdom of amendments securing rights. Among other reasons, Madison believed that state bills of rights were little more than “parchment barriers” that were often ignored by “overbearing majorities in every State,” and that a federal bill of rights would fare no better. Nonetheless, Madison would secure ratification in the Virginia convention on a promise to pursue amendments in the First Federal Congress, and he made good on his word by becoming their principal author. 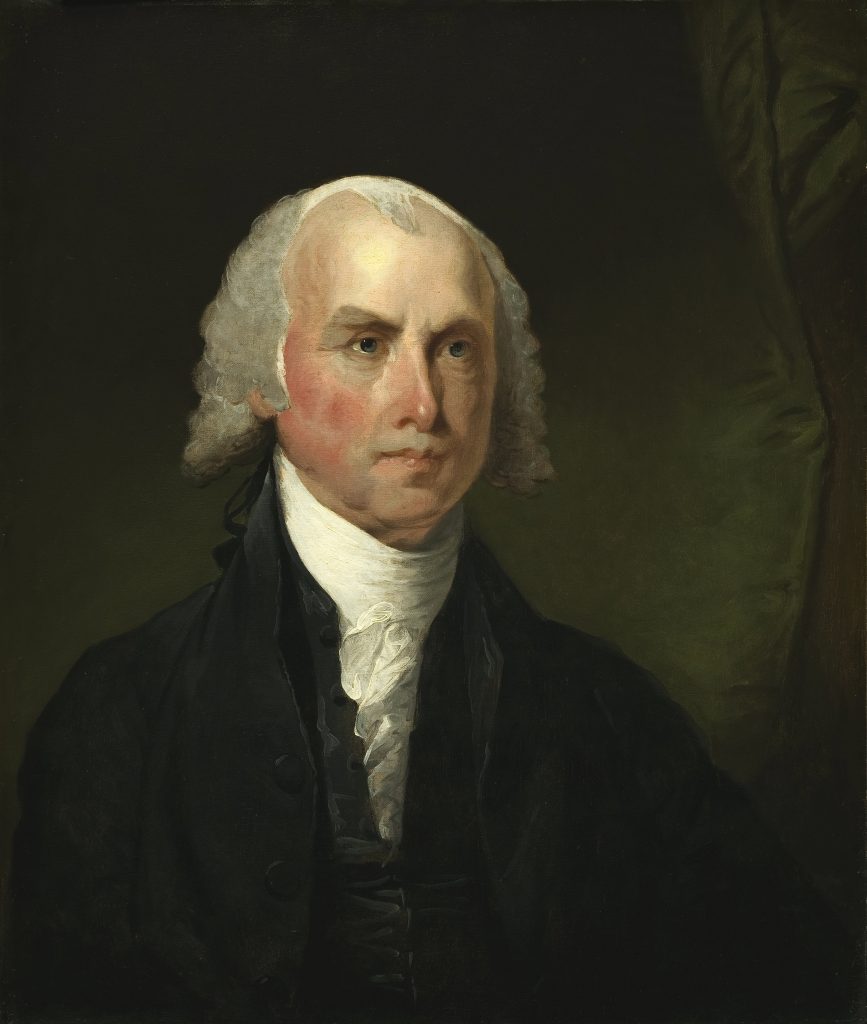 “Col. Mason left Philada. in an exceeding ill humor indeed. A number of little circumstances arising in part from the impatience which prevailed towards the close of the business, conspired to whet his acrimony. He returned to Virginia with a fixed disposition to prevent the adoption of the plan if possible. He considers the want of a Bill of Rights as a fatal objection.”1 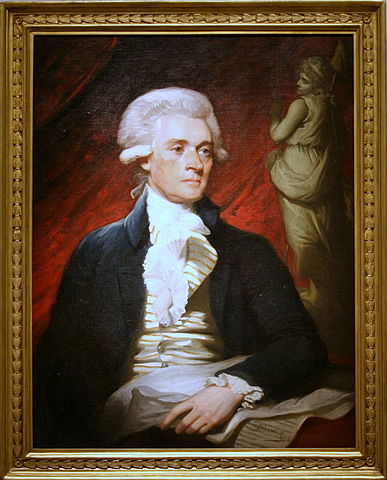 “The season admitting only of operations in the Cabinet, and these being in a great measure secret, I have little to fill a letter. I will therefore make up the deficiency by adding a few words on the Constitution proposed by our Convention. I like much the general idea of framing a government which should go on of itself peaceably, without needing continual recurrence to the state legislatures. I like the organization of the government into Legislative, Judiciary & Executive. I like. . .

I will now add what I do not like. First the omission of a bill of rights providing clearly & without the aid of sophisms for freedom of religion, freedom of the press, protection against standing armies, restriction against monopolies, the eternal & unremitting force of the habeas corpus laws, and trials by jury in all matters of fact triable by the laws of the land & not by the law of Nations. To say, as mr. Wilson does, that a bill of rights was not necessary because all is reserved in the case of the general government which is not given, while in the particular ones all is given which is not reserved, might do for the Audience to whom it was addressed, but is surely a gratis dictum, opposed by strong inferences from the body of the instrument, as well as from the omission of the clause of our present confederation which had declared that in express terms. It was a hard conclusion to say because there has been no uniformity among the states as to the cases triable by jury, because some have been so incautious as to abandon this mode of trial, therefore the more prudent states shall be reduced to the same level of calamity. It would have been much more just & wise to have concluded the other way that as most of the states had judiciously preserved this palladium, those who had wandered should be brought back to it, and to have established general right instead of general wrong. Let me add that a bill of rights is what the people are entitled to against every government on earth, general or particular, & what no just government should refuse or rest on inference.”2 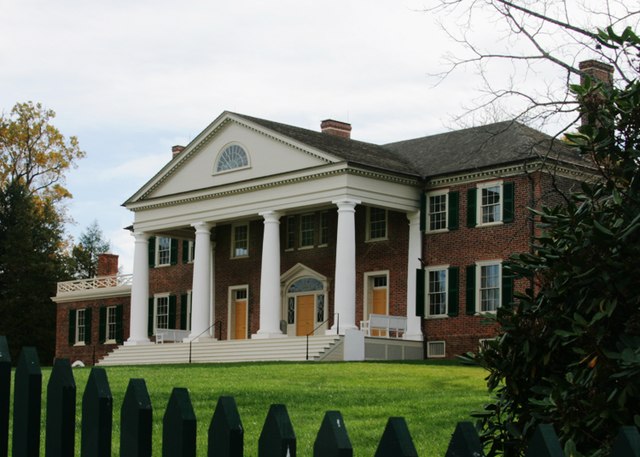 Supposing a bill of rights to be proper the articles which ought to compose it, admit of much discussion. I am inclined to think that absolute restrictions in cases that are doubtful, or where emergencies may overrule them, ought to be avoided. The restrictions however strongly marked on paper will never be regarded when opposed to the decided sense of the public; and after repeated violations in extraordinary cases, they will lose even their ordinary efficacy. Should a Rebellion or insurrection alarm the people as well as the Government, and a suspension of the Hab. Corp. be dictated by the alarm, no written prohibitions on earth would prevent the measure. Should an army in time of peace be gradually established in our neighbourhood by Britn: or Spain, declarations on paper would have as little effect in preventing a standing force for the public safety. The best security agst. these evils is to remove the pretext for them.”3 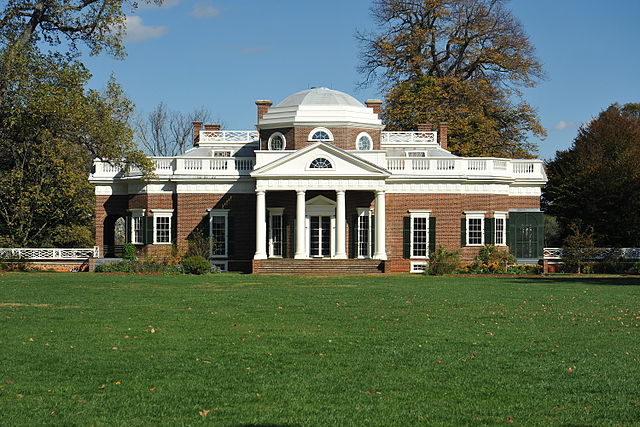 “Your thoughts on the subject of the Declaration of rights in the letter of Oct. 17. I have weighed with great satisfaction. Some of them had not occurred to me before, but were acknowleged just in the moment they were presented to my mind. In the arguments in favor of a declaration of rights, you omit one which has great weight with me, the legal check which it puts into the hands of the judiciary. This is a body, which if rendered independent, and kept strictly to their own department merits great confidence for their learning and integrity. In fact what degree of confidence would be too much for a body composed of such men as Wythe, Blair, and Pendleton? On characters like these the ‘civium ardor prava jubentium’ would make no impression. I am happy to find that on the whole you are a friend to this amendment. The Declaration of rights is like all other human blessings alloyed with some inconveniences, and not accomplishing fully it’s object. But the good in this instance vastly overweighs the evil. I cannot refrain from making short answers to the objections which your letter states to have been raised. 1. That the rights in question are reserved by the manner in which the federal powers are granted. Answer. A constitutive act may certainly be so formed as to need no declaration of rights. The act itself has the force of a declaration as far as it goes: and if it goes to all material points nothing more is wanting. In the draught of a constitution which I had once a thought of proposing in Virginia, and printed afterwards, I endeavored to reach all the great objects of public liberty, and did not mean to add a declaration of rights. Probably the object was imperfectly executed: but the deficiencies would have been supplied by others in the course of discussion. But in a constitutive act which leaves some precious articles unnoticed, and raises implications against others, a declaration of rights becomes necessary by way of supplement. This is the case of our new federal constitution. This instrument forms us into one state as to certain objects, and gives us a legislative and executive body for these objects. It should therefore guard us against their abuses of power within the feild submitted to them. 2. A positive declaration of some essential rights could not be obtained in the requisite latitude. Answer. Half a loaf is better than no bread. If we cannot secure all our rights, let us secure what we can. 3. The limited powers of the federal government and jealousy of the subordinate governments afford a security which exists in no other instance. Answer. The first member of this seems resolvable into the 1st. objection before stated. The jealousy of the subordinate governments is a precious reliance. But observe that those governments are only agents. They must have principles furnished them whereon to found their opposition. The declaration of rights will be the text whereby they will try all the acts of the federal government. In this view it is necessary to the federal government also: as by the same text they may try the opposition of the subordinate governments. 4. Experience proves the inefficacy of a bill of rights. True. But tho it is not absolutely efficacious under all circumstances, it is of great potency always, and rarely inefficacious. A brace the more will often keep up the building which would have fallen with that brace the less. There is a remarkeable difference between the characters of the Inconveniencies which attend a Declaration of rights, and those which attend the want of it. The inconveniences of the Declaration are that it may cramp government in it’s useful exertions. But the evil of this is shortlived, moderate, and reparable. The inconveniencies of the want of a Declaration are permanent, afflicting and irreparable: they are in constant progression from bad to worse. The executive in our governments is not the sole, it is scarcely the principal object of my jealousy. The tyranny of the legislatures is the most formidable dread at present, and will be for long years. That of the executive will come in it’s turn, but it will be at a remote period. I know there are some among us who would now establish a monarchy. But they are inconsiderable in number and weight of character. The rising race are all republicans. We were educated in royalism: no wonder if some of us retain that idolatry still. Our young people are educated in republicanism. An apostacy from that to royalism is unprecedented and impossible. I am much pleased with the prospect that a declaration of rights will be added: and hope it will be done in that way which will not endanger the whole frame of the government, or any essential part of it.”4 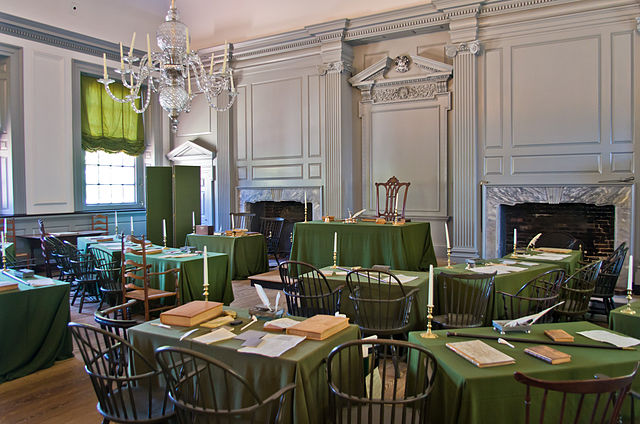 Independence Hall’s Assembly Room, where both the Constitution and Declaration of Independence were debated and signed.

“I must now say a word on the declaration of rights you have been so good as to send me. I like it as far as it goes; but I should have been for going further. For instance the following alterations and additions would have pleased me. Art. 4. ‘The people shall not be deprived or abridged of their right to speak to write or otherwise to publish any thing but false facts affecting injuriously the life, liberty, property, or reputation of others or affecting the peace of the confederacy with foreign nations.”5

John Stuart Mill (1807-1873) wrote what has become one of the most compelling defenses of freedom of speech. In his […]