Which president in American history did the most for First Amendment freedoms either in or out of office? This is a deliciously difficult question because the vast majority of the occupants of the Oval Office were, at times, hostile to the First Freedom. Recent presidents simply do not make the grade for their in-office activities. President Donald J. Trump called the press “an enemy of the people”1 and attempted to delegitimize significant segments of the press with his hackneyed mantra of “fake news.”  The administration of his predecessor, President Barack Obama, waged an unprecedented war against whistleblowers and “left behind a vast machinery of repression, add[ing] to the most intrusive surveillance program on earth.”2   President George W. Bush oversaw the implementation of the U.S.A. Patriot Act only 45 days after 9/11 and some of that 342-page law’s provisions stifled free-speech and promoted excessive surveillance, chilling First Amendment freedoms.

Many may point to James Madison, the nation’s fourth president, and the “Father of the Bill of Rights.” After all, it was Madison who introduced the First Amendment and various other proposed amendments in his “Great Rights of Mankind” speech as a member of Congress in June 1789.  He extolled the virtues of a free press, and his “Memorial and Remonstrance Against Religious Assessments” is still considered the intellectual lynchpin of religious freedom.

However, my pick is the nation’s sixth president, John Quincy Adams, a man not known as well as he should be. Fred Kaplan, in his biography of Quincy Adams, writes that he “is a president about whom most Americans know very little.”3   so devoted to public service that after he lost the presidency, he went back and served his country as a member of the House of Representative for nearly 18 years.  Most presidents, upon leaving the White House, retire from public office.  Not John Quincy Adams.  After his presidency, he not only served his country in Congress but also argued cases before the United States Supreme Court.

Today, Quincy Adams is remembered for his passionate argument before the High Court on behalf of African men who had overcome their Spanish captors on the slave ship, La Amistad.

But, it was Adam’s incessant efforts at overcoming the dreaded “gag rule” that earns his place in the First Amendment Hall of Fame. In the 1830s, abolitionists repeatedly petitioned the House of Representatives for the abolition of slavery, the scourge of the nation. However, in 1836, southern members of the House managed to pass a rule barring the introduction of all anti-slavery petitions. The House effectively muted the abolitionist cause. 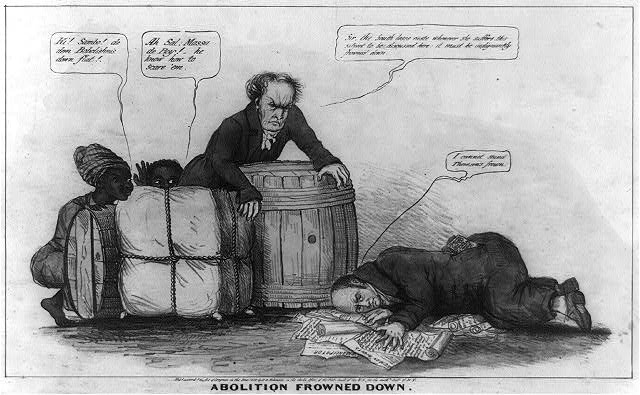 While not an abolitionist himself, John Quincy Adams devoted much of his energies for nearly a decade to protecting the freedom of petition and overcoming the gag rule. His opponents in the House attempted to censure and even expel him for his efforts at introducing various abolitionist petitions.

Free-speech historian Michael Kent Curtis writes that Quincy Adams “conducted brilliant guerilla warfare against the gag rule.”4   Upon the final repeal of the gag rule in 1844, The New York Tribune intoned: “The Sage of Quincy has won a proud victory for the Rights of Humanity.”5   Adams himself wrote in his diary, “Blessed, forever blessed, be the name of God.”6

Quincy Adams’ consistent defense of the right of petition and efforts to overcome the gag rule was herculean. They also were a rare example of a defense of First Amendment freedoms at that time.  As Supreme Court historian John P. Frank explained in his book, The Marble Palace: The Supreme Court in American Life:

John Quincy Adams, upholding in the House of Representatives the right of individuals to petition Congress freely on the abolition of slavery, had more to say on the subject of free speech than the entire Supreme Court bar in all cases together before the Civil War. 7

David L. Hudson, Jr. is an assistant professor of law at Belmont University College of Law, and the author of First Amendment: Freedom of Speech (2012). He is also a legal fellow at First Amendment Watch.