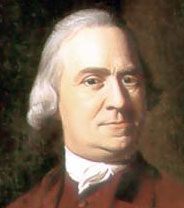 Protesting against the Stamp Act and then the Townshend Acts, Boston newspapers excoriated Parliament, the King’s ministers, and royal governor Francis Bernard. In turn, Bernard tried several times to prosecute Benjamin Edes and John Gill, the editors of the radical Boston Gazette, for seditious libel. But Boston grand juries refused to indict them. Samuel Adams, writing as Populus in the Boston Gazette, reacted to the prosecution attempts with a strong defense of a free press as “justly terrible to tyrants.”

“There is nothing so fretting and vexatious; nothing so justly terrible to tyrants, and their tools and abettors, as a FREE PRESS. The reason is obvious; namely, Because it is as it has been very justly observ’d in a spirited answer to a spirited speech, ‘the bulwark of the People’s Liberties.’ For this reason, it is ever watched by those who are forming plans for the destruction of the people’s liberties, with an envious and malignant eye. . . . But your Press has sounded the alarm; or to use the words of a minion, rung the alarm bell’: Your press has spoken to us the words of truth: It has pointed to this people, their danger and their remedy: It has set before them Liberty and Slavery; and with the most persuasive and pungent Language, conjur’d them, in the name of GOD, and the King, and for the sake of all posterity, to chuse Liberty and refuse Chains.”