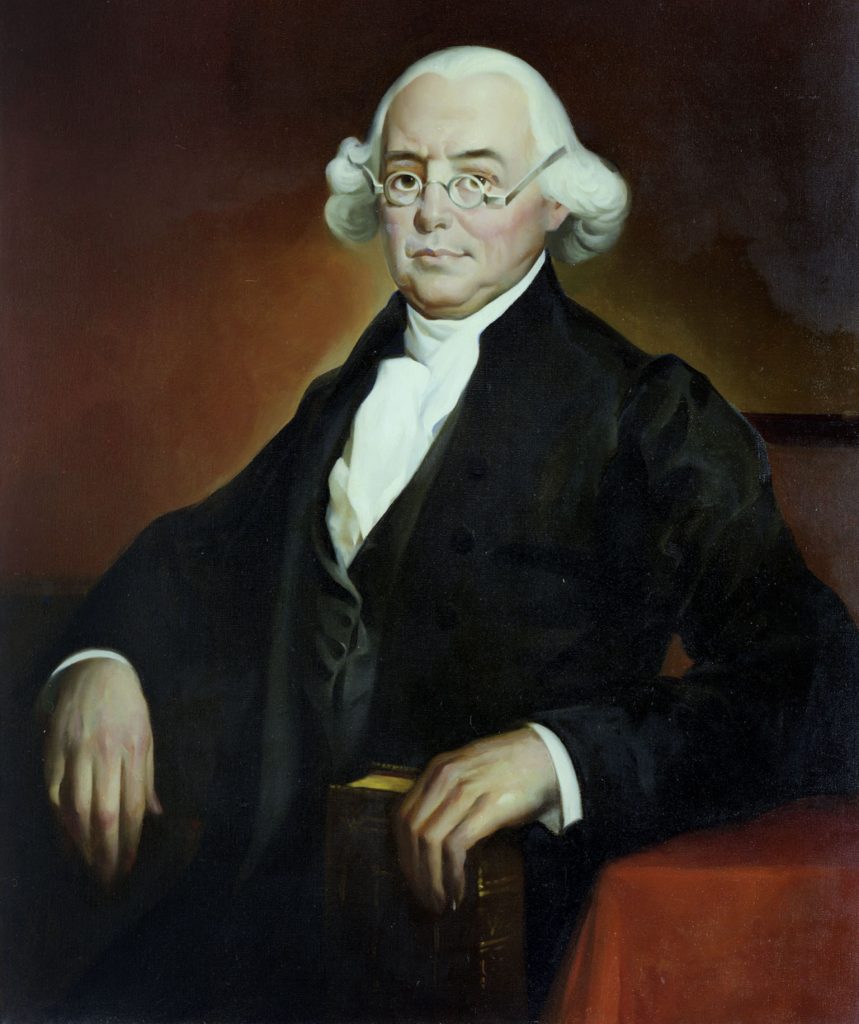 After the Constitution was signed on September 17, 1787, the first delegate to speak in its defense was James Wilson of Pennsylvania. On October 6, Wilson addressed a large crowd in the Pennsylvania State House yard to address criticisms of the Constitution. One of the strongest criticisms was that the Constitution lacked a bill of rights. Wilson argued that a bill of rights was not necessary because Congress had not been granted authority to legislate on issues relating to individual rights—that, as to its power, Congress could act only through “the positive grant expressed in the instrument of union.” Power to legislate on matters pertaining to the rights of the people had not been granted—and, as he stated, “every thing which is not given, is reserved.”

Regarding the press, Wilson said: “For instance, the liberty of the press, which has been a copious source of declamation and opposition, what controul can proceed from the federal government to shackle or destroy that sacred palladium of national freedom?”

A number of Antifederalists—those who opposed ratification of the Constitution—attacked Wilson’s ideas in essays signed in pseudonyms. One of them, Cincinnatus, published a series of six essays, arguing in Number 2 that Congress had been given the power to “certainly annihilate the freedom of the press, and convert it from being the palladium of liberty to become an engine of imposition and tyranny.” He insisted that “the freedom of the press may be previously secured as a constitutional and unalienable right.”

“I have proved, sir, that not only some power is given in the constitution to restrain, and even to subject the press, but that it is a power totally unlimited; and may certainly annihilate the freedom of the press, and convert it from being the palladium of liberty to become an engine of imposition and tyranny. It is an easy step from restraining the press to making it place the worst actions of government in so favorable a light, that we may groan under tyranny and oppression without knowing from whence it comes. But you comfort us by saying,–“there is no reason to suspect so popular a privilege will be neglected.” The wolf, in the fable, said as much to the sheep, when he was persuading them to trust him as their protector, and to dismiss their guardian dogs. Do you indeed suppose, Mr. Wilson, that if the people give up their privileges to these new rulers they will render them back again to the people? Indeed, sir, you should not trifle upon a question so serious–You would not have us to suspect any ill. If we throw away suspicion–to be sure, the thing will go smoothly enough, and we shall deserve to continue a free, respectable, and happy people. Suspicion shackles rulers and prevents good government. All great and honest politicians, like yourself, have reprobated it. Lord Mansfield is a great authority against it, and has often treated it as the worst of libels. But such men as Milton, Sidney, Locke, Montesquieu, and Trenchard, have thought it essential to the preservation of liberty against the artful and persevering encroachments of those with whom power is trusted. You will pardon me, sir, if I pay some respect to these opinions, and wish that the freedom of the press may be previously secured as a constitutional and unalienable right, and not left to the precarious care of popular privileges which may or may not influence our new rulers.”