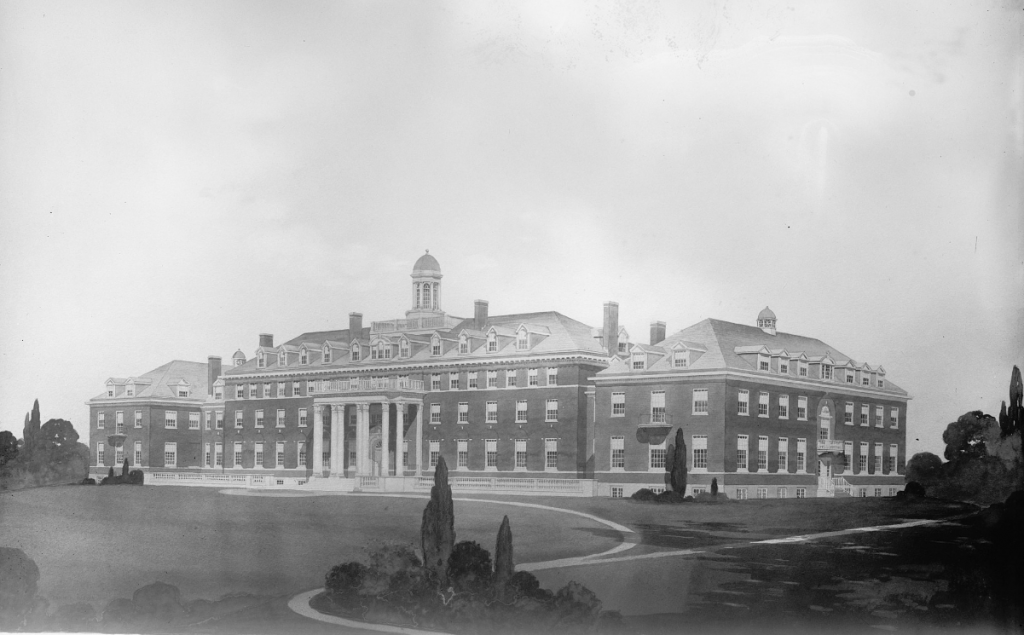 Founded in 1789, Georgetown Preparatory School is an all-boys Jesuit college-preparatory school in North Bethesda, Maryland. This photo was taken sometimes between 1919 and 1926. Source: Library of Congress.

A Mississippi man is suing the HuffPost and a former senior writer for defamation after the news site published an article accusing him of selling drugs at Georgetown Preparatory School while he and U.S. Supreme Court Justice Brett Kavanaugh were students. Filed in the United States District Court for the Southern District of Mississippi, Derrick Evans’ complaint alleges that writer Ashley Feinberg’s account was “intentional, willful, reckless, malicious and/or grossly negligent.”

“These statements were not only false and defamatory, but outrageously so, and were published by defendants with knowledge of their actual falsity or in reckless disregard of the truth for the apparent purpose of creating a salacious story designed to drive internet traffic to HuffPost’s website,” Evans’ complaint reads.

The HuffPost published Feinberg’s story, “Former Student: Kavanaugh’s Prep School Party Scene Was a ‘Free-For-All,’” during Justice Kavanaugh’s confirmation hearings, which involved questions about his high school’s culture around drinking and partying. Feinberg’s piece, which sought to answer this question, drew information from a single anonymous source she labeled as a “former student.”

In a now removed passage, the article inferred that Evans was implicated in the death of David Kennedy.

“The former student spoke of Kennedy’s death as the end of the school’s free-for-all party scene and the catalyst for changes in Georgetown Prep culture. Two students—David’s brother Doug, and his friend Derrick Evans—had helped score the coke,” it read.

Neither the HuffPost nor Feinberg contacted Evans for comment before the article was published.

According to the complaint, a Kennedy representative contacted HuffPost after the article’s publication and denied Feinberg’s account of David’s death. The HuffPost issued a correction, but still maintained that Evans was involved.

The correction read: “This article previously stated incorrectly that Doug Kennedy was involved in helping his brother to purchase drugs in 1984. Kennedy was only sharing a room with Derrick Evans, who helped David purchase the drugs, according to an affidavit obtained by the New York Times. We regret the error.”

Evans’ complaint says the correction was also a fabrication. “The New York Times, which had extensively reported on David Kennedy’s death in 1984, had made it clear in its reporting that far from ‘helping’ David purchase the drugs, Mr. Evans had assisted law enforcement and prosecutors in identifying the individuals who had actually sold the illegal drugs to David Kennedy,” the complaint says.

“Defendants had no sources to support their outrageously false and defamatory statements about Derrick Evans and Douglas Kennedy. Nor did Defendants make any effort whatsoever to contact Mr. Evans for comment before accusing him of not only committing a crime, but of being responsible for the death of David Kennedy,” the complaint reads.

According to the Clarion Ledger, Evans attended Georgetown Preparatory School on a full academic scholarship. He was one of the only African American students at the school in the four years he attended.