Do Twitter and Other Social Media Platform Bans on Trump Violate the First Amendment? 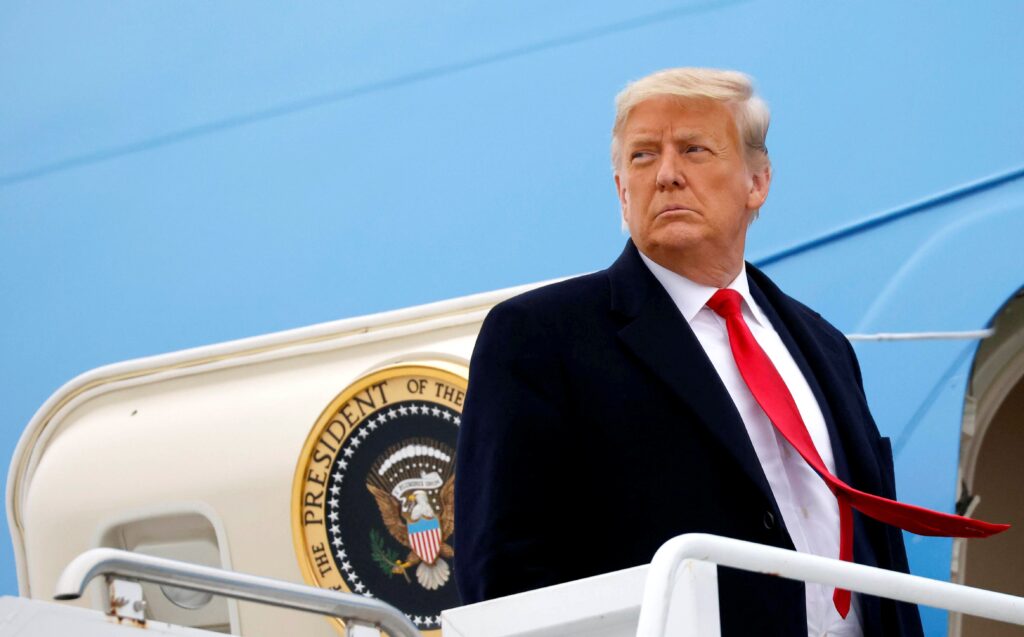 Twitter, Facebook, and a host of other privately-held companies have imposed bans on President Donald J. Trump, believing that his incendiary comments on January 6, 2021, helped fan the flames of outrage that resulted in an assault on the Capitol.

Trump and others have decried the social media blackout as a direct assault on conservative points of view, and as a draconian targeting of only certain types of speech. Typically, blanket bans on speech are unconstitutional under the First Amendment of the United States Constitution, as are bans or punishment based on disapproval of the viewpoint expressed.

In 1868, ratification of the 14th Amendment eventually led to the application of most provisions of the Bill of Rights as limitations on actions by the states as well. In that way, the First Amendment  limits governmental actors at every level —federal, state, and local—from infringing on freedom of speech. Private entities such as social media platforms can act without answering to the First Amendment.

This concept is called the state action doctrine.  Its roots can be traced to the The Civil Rights Cases (1883), five consolidated cases in which private business owners flagrantly discriminated against African-Americans by denying them service to railroads, inns, theaters, or other places that we typically now call places of public accommodation.

The state action doctrine remains a solid fixture in modern constitutional law.  In a traditional public forum—on publicly owned streets, sidewalks, and parks—the First Amendment puts limits on how the government at any level can regulate speech such as public gatherings for the purpose of protest. Private property is not subject to these limitations. However, the Supreme Court applied a narrow exception in Marsh v. Alabama (1946), involving a privately-owned company town.

In Marsh, the Court reasoned that a privately-owned company town was for all practical purposes a state actor like a regular town. “Whether a corporation or a municipality owns or possesses the town ,the public in either case has an identical interest in the functioning of the community in such manner that the channels of communication remain free,” the Court wrote. The Court also held that private actors could be considered state actors if they act as joint participants with the government, perform a traditional governmental function, or are inextricably connected or entwined with the government.

Occasionally, some scholars have questioned the state actor requirement in some contexts.  In 1985, Erwin Chemerinsky, Dean of the UC Berkeley School of Law, wrote an article entitled “Rethinking State Action” , that was published in the Northwestern Law Review.  “It is time to again ask why infringements of the most basic values—speech, privacy, and equality—should be tolerated just because the violator is a private entity rather than the government,” Chemerinsky wrote.

Is it time once again to rethink the state action doctrine when private social media platforms dominate the channels of communication? A few years ago, I pondered this question in a piece for the American Bar Association’s Human Rights magazine, writing: “A society that cares for the protection of free expression needs to recognize that the time has come to extend the reach of the First Amendment to cover these powerful, private entities that have ushered in a revolution in terms of communication capabilities.”

Justice Anthony Kennedy, in striking down a breathtakingly broad North Carolina law banning sex offenders from the Internet, called cyberspace the new public forum in Packingham v. North Carolina (2017). For Kennedy, the Internet was fast becoming the modern version of the public streets, sidewalks, and parks where Americans have traditionally gathered to exchange ideas. “While in the past there may have been difficulty in identifying the most important places (in a spatial sense) for the exchange of views, today the answer is clear. It is cyberspace—the ‘vast democratic forums of the Internet’ in general, and social media in particular,” Kennedy wrote.

This expansive use of the public forum concept could lead the way to recognizing new First Amendment rights or inroads into the state action doctrine. Perhaps for this reason, Kennedy’s lofty language caused Justice Samuel Alito in his concurring opinion to chide Kennedy for using “undisciplined dicta.”

If social media platforms are the new public forums, then perhaps courts in the future will reevaluate the application of the state action doctrine.  Perhaps the platforms are engaging in a traditional public function.

So far, however, courts have uniformly rejected First Amendment claims by private individuals who claim that Facebook or other social media platforms have censored their speech.  For example, last year the Ninth Circuit rejected the First Amendment claims of Prager University against Google and YouTube precisely because of the lack of state action.  The appeals court repeatedly emphasized this point in Prager University v. Google LLC (2020):

“Despite YouTube’s ubiquity and its role as a public-facing platform, it remains a private forum, not a public forum subject to judicial scrutiny under the First Amendment. The Internet does not alter this state action requirement of the First Amendment. YouTube may be a paradigmatic public square on the Internet, but it is not transformed into a state actor solely by provid[ing] a forum for speech.”

Because they are private and not government actors, the First Amendment doesn’t impose limitations on Twitter and Facebook for banning speakers or deleting posts. However, these companies have acquired such powers that some free-speech experts question whether this centralization of power should be regulated in some capacity.

Jameel Jaffer, the executive director of Knight First Amendment Institute at Columbia University, told Vox a few years ago: “Again, the First Amendment is concerned principally with government power, but we resisted the centralization of control over the public square in the government because we didn’t like the idea of centralization of that kind of power. Maybe we should resist the idea of centralizing power in the social media companies for the same reason.”

Still others have wondered whether antitrust laws could be used to break up the dominant hold that these social media platforms currently hold.  “Should we treat them differently and regulate them more closely?” asks free speech expert Clay Calvert.

David L. Hudson, Jr. is an assistant professor of law at Belmont University. He is the author of First Amendment: Freedom of Speech (Thomson Reuters, 2012) and a co -editor of The Encyclopedia of the First Amendment (CQ Press, 2008).