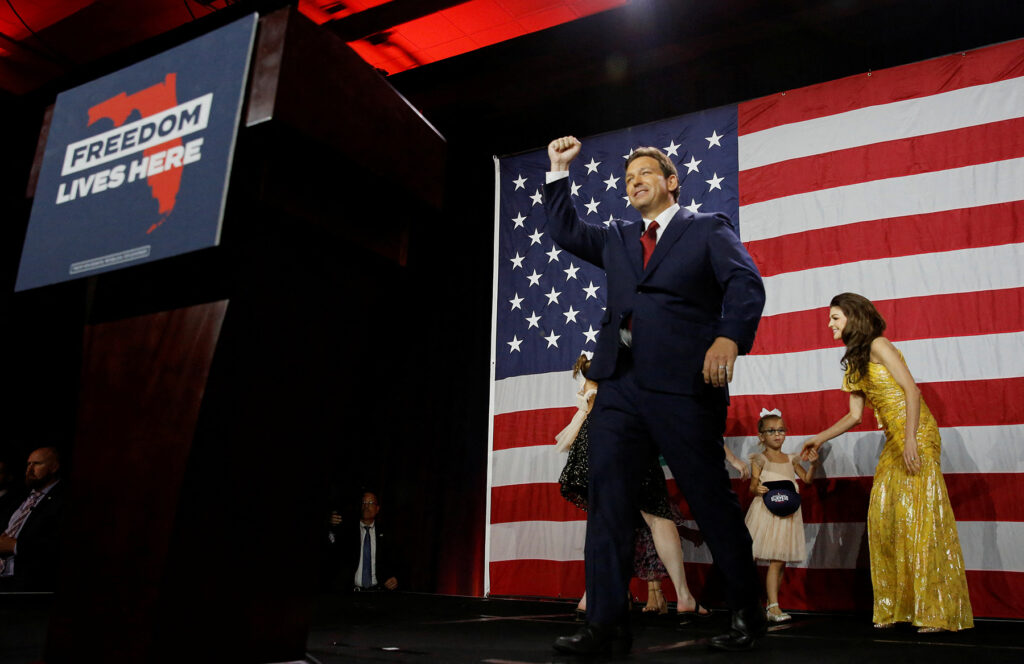 In November, Chief U.S. District Judge Mark Walker issued a preliminary injunction blocking the provision of the “Stop Wrongs Against Our Kids and Employees” Act, or the “Stop WOKE” Act, calling it “positively dystopian.” He previously declared the employment provision of the act unconstitutional.

On Dec. 28, Chris Spencer, director of DeSantis’ Office of Policy and Budget, sent a memo to state Education Commissioner Manny Diaz Jr. and state university system Chancellor Ray Rodrigues requesting information “regarding the expenditure of state resources on programs and initiatives related to diversity, equity and inclusion, and critical race theory within our state colleges and universities.”

According to the memo, the requested information would provide legislators the information they need to prepare future budget and policy proposals because “it is important that we have a full understanding of the operational expense of state institutions.” Spencer gave a Jan.13 deadline.

Six professors and a student who originally challenged the Stop WOKE Act filed a motion Jan. 11 to compel compliance with the preliminary injunction, arguing that the information the memo requests is an attempt to subvert Judge Walker’s blocking of the law.

But, Judge Walker ruled in favor of DeSantis’ administration Jan. 12. “Although this court would not hesitate to compel compliance with its preliminary injunction, this court finds there has been no violation of the injunction at this time,” he wrote.

The American Civil Liberties Union, (ACLU), ACLU of Florida and the NAACP Legal Defense Fund filed the motion on behalf of the professors in the U.S. District Court for the Northern District of Florida. In the filing, the groups argued that the “purpose behind the Executive Memorandum’s direction to collect information about instructors’ activities is clearly to enforce the unconstitutional provisions of the Stop W.O.K.E. Act.”

Under Stop WOKE’s academic provision, the state can withhold funding from public universities if campus administrators do not enforce the act. While the law is currently blocked by Judge Walker’s preliminary injunction, the plaintiffs expressed concern about the possible impact that the information request may have on the legislators’ future budget decisions.

“The potential to withhold institutional funding is a principal mechanism for inducing compliance with the State’s preferred orthodoxy of viewpoints in the classroom,” the plaintiff’s motion states. “As the Court noted, the implications of this provision are ‘significant,’ making enforcement against individual instructors increasingly likely, and in turn chilling speech.”

On Jan. 12, the state responded to the plaintiff’s motion, arguing that “gathering and transmitting information is not, in law or in common sense, the ‘enforcement’ of anything,” according to the filing. On the same day, Florida House Speaker Paul Renner, (R-Palm Coast), also “requested documents and information from Florida’s state universities and colleges to assess the prevalence of politicized diversity, equity, and inclusion (DEI) offices and programs,” according to a press release provided by his office.

Renner sent letters to the presidents of Florida universities and colleges requesting 16 categories of information, including a list of all DEI employees identified by name and job title, “All documents created by the DEI Office that contain or reflect assessments, proposals, or recommendations relating to DEI,” and “All communications to or from the DEI Office (including internal communications) regarding curriculum content or development.”

“We will maintain our top rankings by staying focused on the knowledge, skills and research that higher education should provide,” Renner said in the release. “However, we compromise higher education if we follow other states that allow DEI staff to act as political commissars over campus life. We intend to end this improper influence and re-focus on pathways to success for our graduates.”

Two appeals were filed by the DeSantis administration in the U.S. Court of Appeals for the Eleventh Circuit regarding Judge Walker’s decisions blocking both the academic and employment provisions of the Florida law.