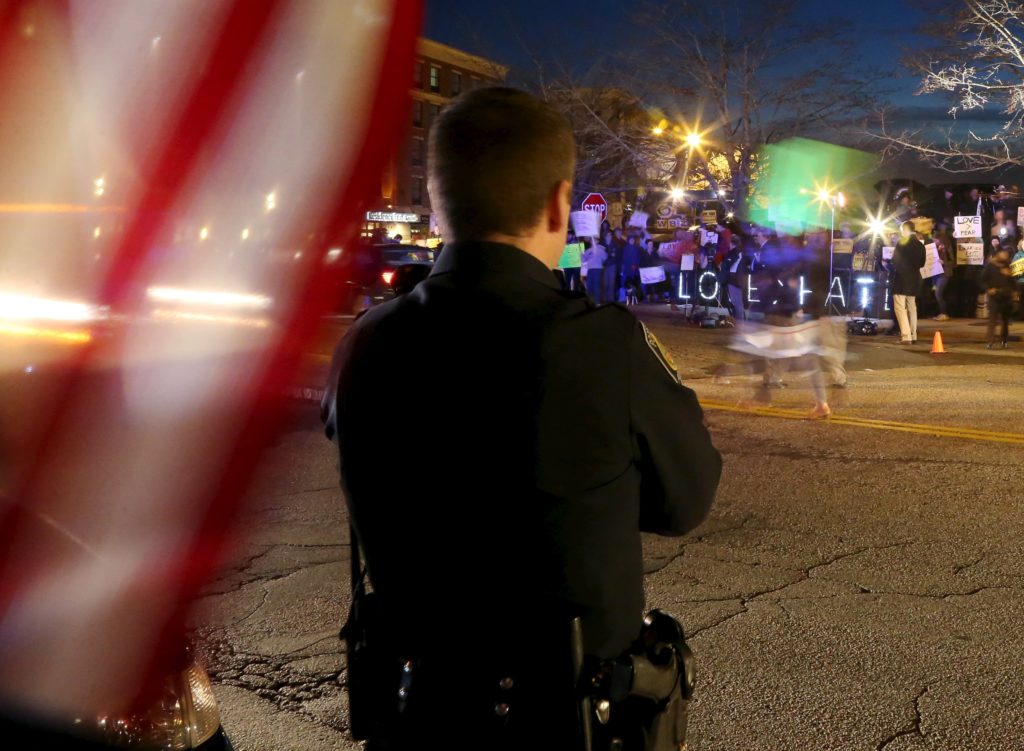 The American Civil Liberties Union (ACLU) is suing the city of Manchester and three of its police officers on behalf of a 31-year-old city resident who claims that the officers seized his cell phone without a warrant.

According to the complaint, on October 17th, 2019, Pineda-Landaverde recorded the police breaking up a fight outside of a 7-Eleven convenience store.

Pineda-Landaverde, whose wife worked at the 7-Eleven, alleges that he recorded the incident “to ensure that [the officers] could be held accountable if they acted inappropriately.” According to the complaint, a number of other bystanders were also filming the incident.

After the fight was quelled, one of the officers allegedly ordered Pineda-Landaverde to turn over his phone because “it had evidence on it,” and threatened to arrest him if he didn’t comply. The complaint states that Pineda-Landaverde offered to delete the video as a compromise, but says the officer refused and confiscated the phone.

The complaint points to police reports that say the officers seized Pineda-Landaverde’s phone without a warrant because they believed that he was about to delete the video.

The complaint rejects this claim, contending “there was no exigency or imminent prospect of the video being deleted.” Under the Fourth Amendment, the police can only take someone’s property if they have a warrant or the person’s consent. Exigent circumstances are exceptions to the warrant requirement, including circumstances such as preventing physical harm to an officer or another person, or preventing the destruction of relevant evidence.

The complaint further argues that the Department’s policy chills free speech. “To allow automatic warrantless seizures of bystanders’ cell phones containing recordings of police interactions without any evidence of exigency would deeply chill the First Amendment right to record, as the public simply would not exercise this constitutional right out of fear that doing so would authorize law enforcement to seize one’s phone and hold it indefinitely,” the complaint reads.

According to the ACLU of New Hampshire’s website, the case is pending review.