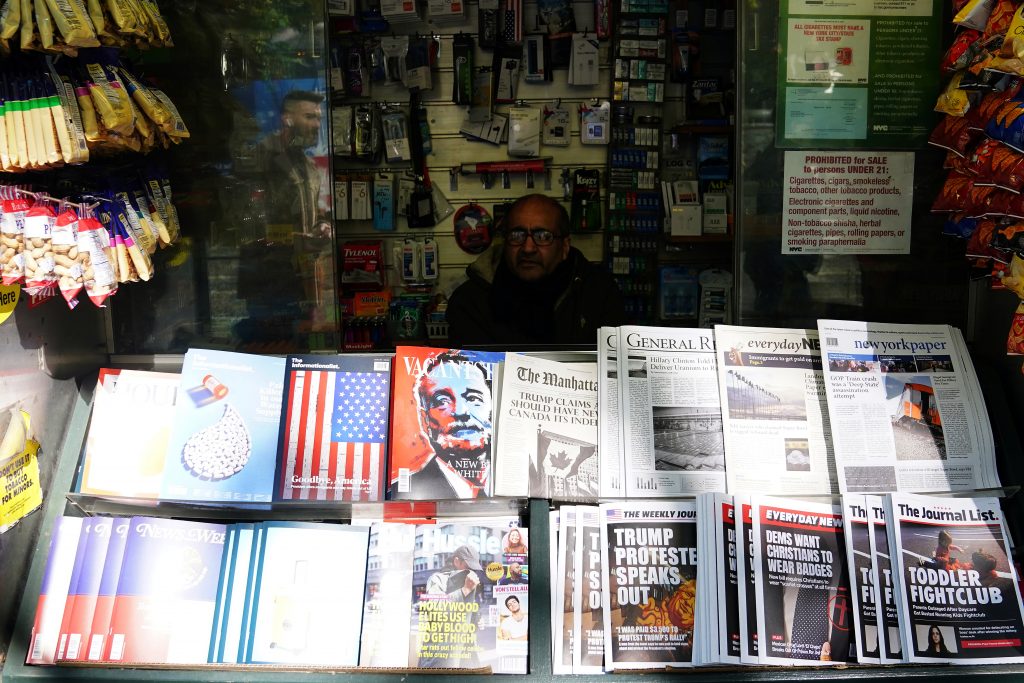 A news stand outfitted with “Fake News” headlines for a stunt pulled off by the Columbia Journalism Review is pictured in the Manhattan borough of New York, New York, U.S., October 30, 2018. REUTERS/Carlo Allegri

While most Americans believe the press is important to maintain a free society, many are also pessimistic about the media’s ability to publish objective news stories, according to a new survey conducted by Gallup and Knight Foundation.

Released on August 4, 2020, the report is based on the responses of 20,000 U.S. adults collected between November 2019–February 2020, before the coronavirus pandemic hit and the resurgence of the Black Lives Matter movement.

But the majority of respondents say they see “a great deal” (49%) or “fair amount” (37%) of political bias in today’s news coverage.

These numbers vary widely between Republicans and Democrats. Nearly three-quarters of Republicans (72%) and more than half of Independents (53%) said they saw “a great deal of bias” in news coverage, only 28 % of Democrats reported the same sentiment.

Perhaps most troubling among the report’s findings was the concern that journalists intentionally report inaccurate information. “More than 8 in 10 Americans say that when they see a news report they suspect is inaccurate, their biggest concern is that the inaccuracy is intentional – either because the reporter is misrepresenting the facts (54%) or making them up entirely (28%),” the report states.

“The low levels of public trust in the nation’s polarized media environment have left open the possibility for dangerous false narratives to take root in all segments of society during these emergent crises,” the researchers cautioned. “At a time when factual, trustworthy information is especially critical to public health and the future of our democracy, the striking trends documented in these pages are cause for concern.”