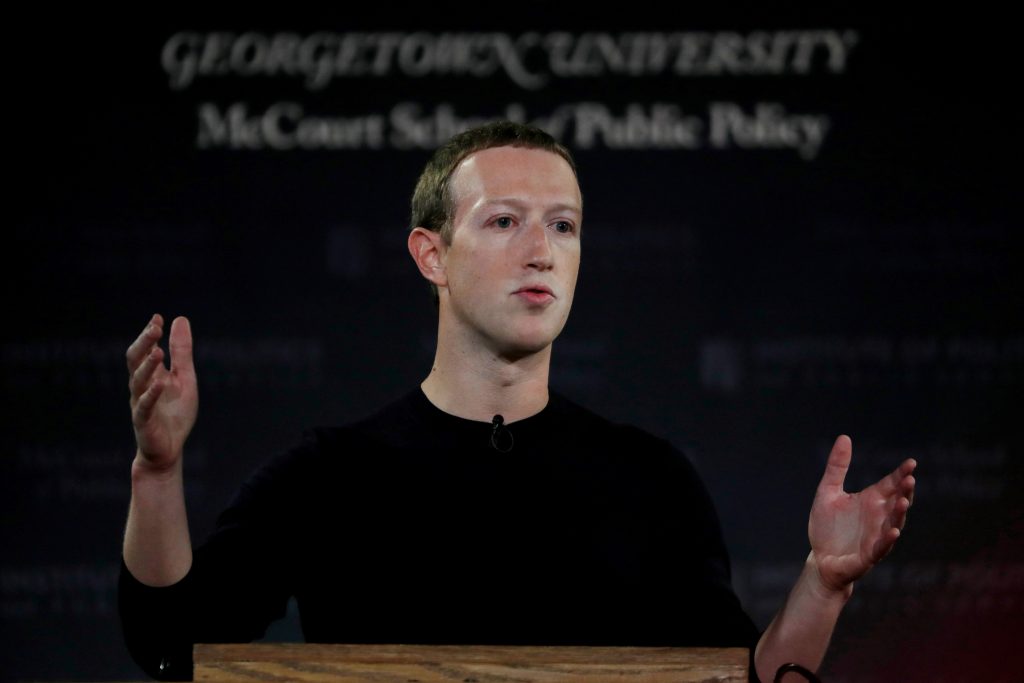 In a speech last week at Georgetown University, Facebook CEO Mark Zuckerberg made the case for maintaining broad protections for online speech, including lies and falsehoods.

The speech began with a recasting of Facebook’s founding, which Zuckerberg framed as a tool for students to voice their opinions (Facebook actually started as a platform to rate the attractiveness of college women). It then turned into a summary of key points in First Amendment history, including the landmark Supreme Court case, New York Times v. Sullivan, which raised the libel standard for reporting on public figures. By invoking the United States’ unique commitment to protecting free expression, Zuckerberg sought to draw attention towards the positive aspects of social media.

“People having the power to express themselves at scale is a new kind of force in the world—a Fifth Estate alongside the other power structures of society,” Zuckerberg said. “I understand the concerns about how tech platforms have centralized power, but I actually believe the much bigger story is how much these platforms have decentralized power by putting it directly into people’s hands.”

Zuckerberg also came to the defense of his company’s refusal to fact-check political advertisements. “…political ads are an important part of voice – especially for local candidates, up-and-coming challengers, and advocacy groups that may not get much media attention otherwise,” he argued. “As a principle, in a democracy, I believe people should decide what is credible, not tech companies.”

Under Section 230 of the Communications Decency Act, no social media company can be treated as a publisher and be held liable for posts published by third parties. Still, Facebook and other social media groups have come under pressure from both political parties to change their current policies.

Democrats, concerned by the spread of toxic behavior and misinformation, have called on Zuckerberg to censor speech that inspires violence or misleads voters. In particular, democratic candidates Elizabeth Warren and Joseph R. Biden have criticized Facebook for refusing to remove political advertisements that use false information to sway voters. Meanwhile, Republicans have pushed unsupported claims that Facebook, Twitter, and Google censor conservative voices and content online.

While Zuckerberg hoped his words would serve to convince the public that his company’s policies were grounded in First Amendment principles, many were left frustrated by his co-opting of civil rights history and the platform’s lack of accountability for his company’s role in spreading political misinformation.

President of the Leadership Conference on Civil and Human Rights, Vanita Gupta, told the The New York Times, “Mark Zuckerberg is co-opting civil rights history to try to justify Facebook’s policies that do long-term damage to our democracy.”