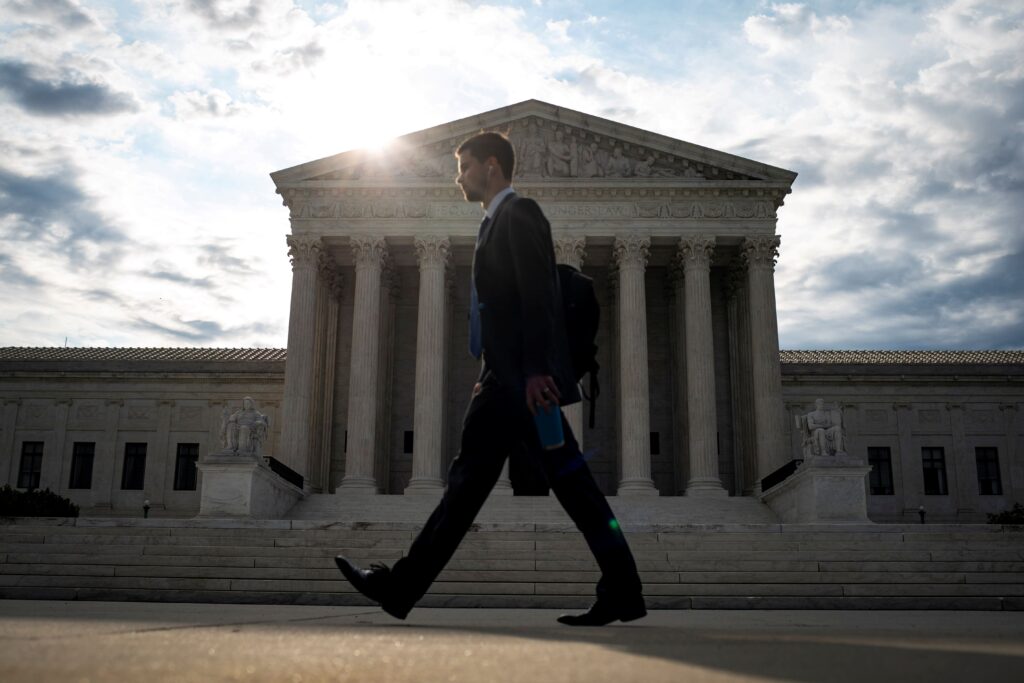 On July 6, the Supreme Court struck down the federal-debt-collection exception of the Telephone Consumer Protection Act (1991) after finding that the exception “impermissibly favored debt-collection over political and other speech, in violation of the First Amendment.”

The Telephone Consumer Protection Act (TCPA) was passed in response to widespread consumer “outrage over the proliferation of intrusive, nuisance calls to their homes from telemarketers.” The original law included two exceptions: emergency calls and calls made with the prior consent of the person contacted.

In 2015, Congress added a third exception to the law for automated calls used to collect debt owed to or guaranteed by the federal government, such as student loans or mortgages.

In 2016, an association of political consultants sued the Federal Communications Commission, arguing that the law violated the First Amendment. The group wanted to solicit political donations and advocate for political issues using automated calls to voters’ cell phones, but were blocked from doing so because of the TCPA. Pointing to the third exception, the consultants argued that the law amounted to a content-based regulation by favoring debt-collection speech over political speech.

As a remedy, the plaintiffs wanted the court to do more than simply sever the federal-debt-collection exception; they wanted the whole law struck down. The consultants argued that a decision to sever the exception but keep the law intact would discourage future parties from suing, because a victory would result in an even wider ban on speech (a ban on both debt-collection and political robocalls).

While the majority of justices agreed with the consultants that the 2015 exception was unconstitutional (6-3), an even larger majority disagreed with their argument for striking down the law in its entirety (7-2).

“The Court’s precedents reflect a decisive preference for surgical severance rather than wholesale destruction,” Justice Brett Kavanaugh wrote for the majority.