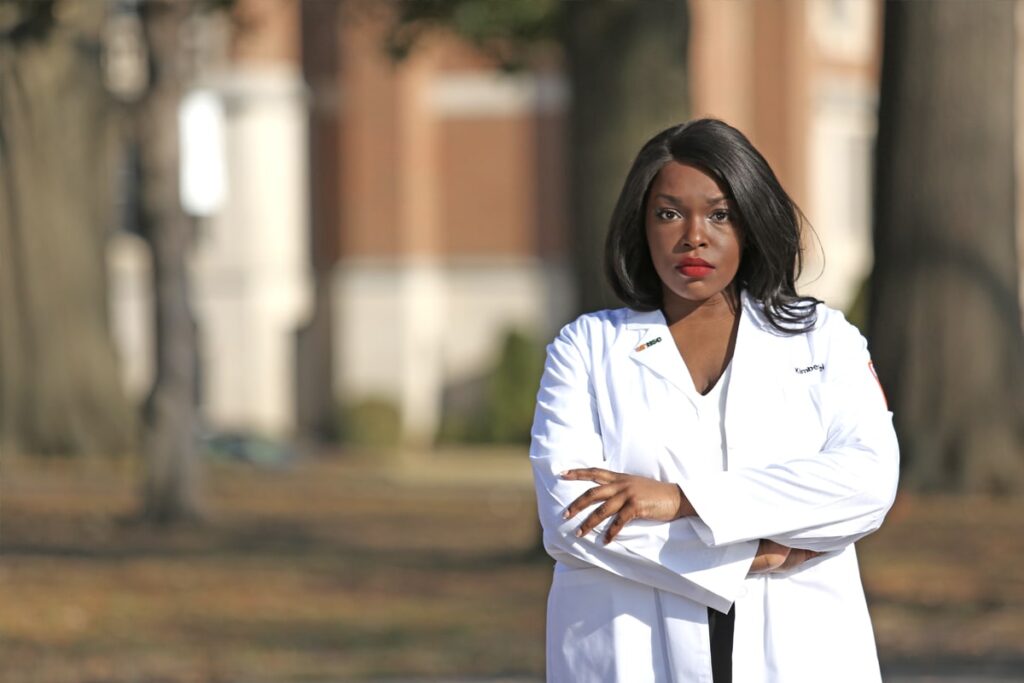 Kimberly Diei, courtesy of VIA Productions and Breezy Lucia/FIRE

On February 3rd, a University of Tennessee student sued the school for violating her First Amendment right to free speech.

Filed in the U.S. District  Court for the Western District of Tennessee Western Division, Kimberly Diei says that she was nearly expelled from the university’s graduate pharmacy program for her social media posts.

The complaint, filed on her behalf by the Foundation for Individual Rights in Education (FIRE), said that Diei’s personal social media accounts were investigated twice by university officials who concluded that some of her posts were “too crude,” “vulgar” or “sexual,” and as such, violated the university’s professionalism policies.

According to the complaint, Diei, who posted on Twitter and Instagram under the pseudonym, “KimmyKasi”, enjoys “commenting on topics of interest to her and other young, black social media users, occasionally using profanity and freely expressing her views on sexuality. None of her posts identify her as a College of Pharmacy student or indicate any affiliation with the University of Tennessee.”

In September of 2019, Diei was called to appear before the college’s Professional Conduct Committee after school administrators received an anonymous complaint about her posts. The committee determined that her posts violated the university’s policies, and required Diei to write a letter reflecting on her behavior.

Less than a year later, school officials said they were investigating Diei’s social media accounts again after receiving another anonymous complaint about her Twitter and Instagram posts, including one where she suggested raunchy new lyrics for a Cardi B. and Megan Thee Stallion song. On September 1, 2020, the committee unanimously decided to expel Diei from the pharmacy program. She appealed to the Dean, who reversed the decision one month later after FIRE intervened on Diei’s behalf.

Despite the reversal, Diei is suing the school because she is afraid she’ll be punished again if she continues to post on social media. “Because of the vague, subjective standards employed by university officials during this shocking ordeal, Diei fears that participating in everyday discussions online may again put her doctoral degree at risk,” reads the complaint.

In a statement posted on FIRE’s site, Diei’s attorney, Greg Greubel, says that as a public institution that is bound by the Constitution, the University of Tennessee can’t censor a student’s protected speech. “The First Amendment protects the right of students to suggest lyrics for a Cardi B remix on Twitter and Instagram. Period,” said the FIRE attorney.

The suit is asking the school to halt any further investigations into Diei’s social media activities, eliminate the school’s overly broad professionalism policies, and award monetary damages to Diei for violating her free speech and due process rights.