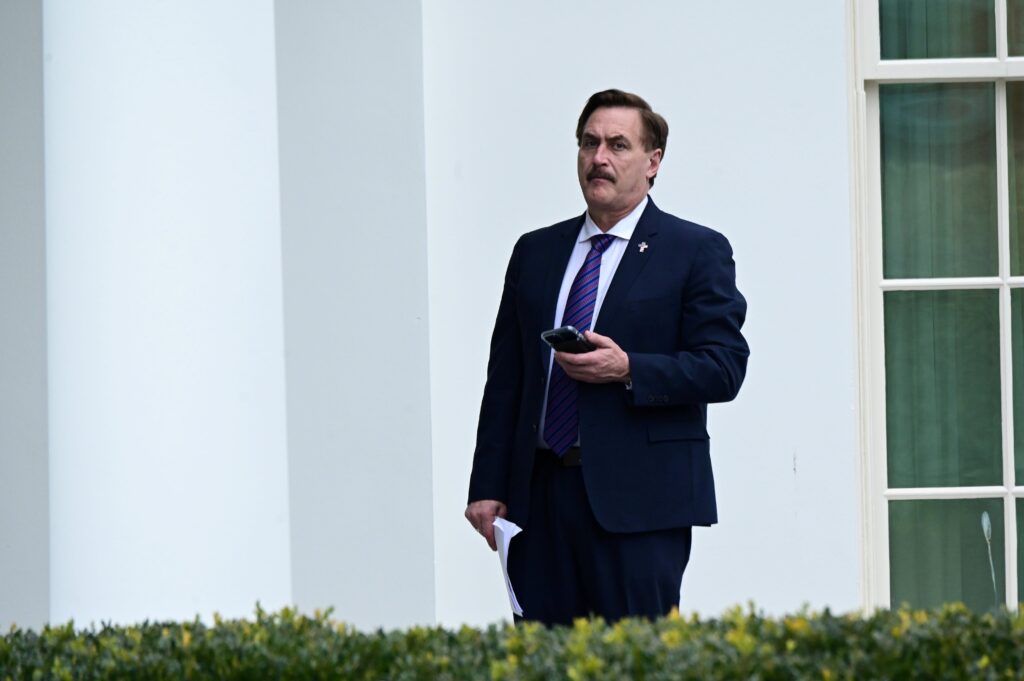 Mike Lindell, CEO of My Pillow, stands outside the West Wing of the White House in Washington, U.S., January 15, 2021. REUTERS/Erin Scott/File Photo

The suit, filed in the United States District Court for the District of Minnesota, begins, “Crazy like a fox. Mike Lindell know exactly what he is doing, and it is dangerous.”

This is the second defamation lawsuit filed against Lindell by a voting technology company. Last February, Dominion Voting Systems filed a $1.3 billion defamation suit against Lindell for claiming its machines were used to rig the presidential election in favor of Joe Biden.

The Smartmatic suit alleged that Lindell’s appearances on multiple platforms including television, radio, podcasts, and four self-produced documentaries, repeatedly stated that the voting technology company rigged the election, and his statements have “irreparably tarnished the Smartmatic brand.”

“The narrative served his personal and financial interests as he and MyPillow benefited from the publicity while creating a perception that the 2020 U.S. election was rigged and stolen by Smartmatic,” the complaint reads. “Mr. Lindell gave election related MyPillow promo codes, such as ‘FightforTrump’ and ‘Proof,’ to viewers and listeners during the same program segments where he defamed Smartmatic.”

The 136-page complaint states that Lindell “not only knowingly participated in publishing false information about Smartmatic during the disinformation campaign, but he also did so with ill will and improper motives for self-promotion.”

The lawsuit doesn’t spell out the amount of money the company is seeking for punitive and compensatory damages, but rather states that those amounts will be determined during a jury trial.