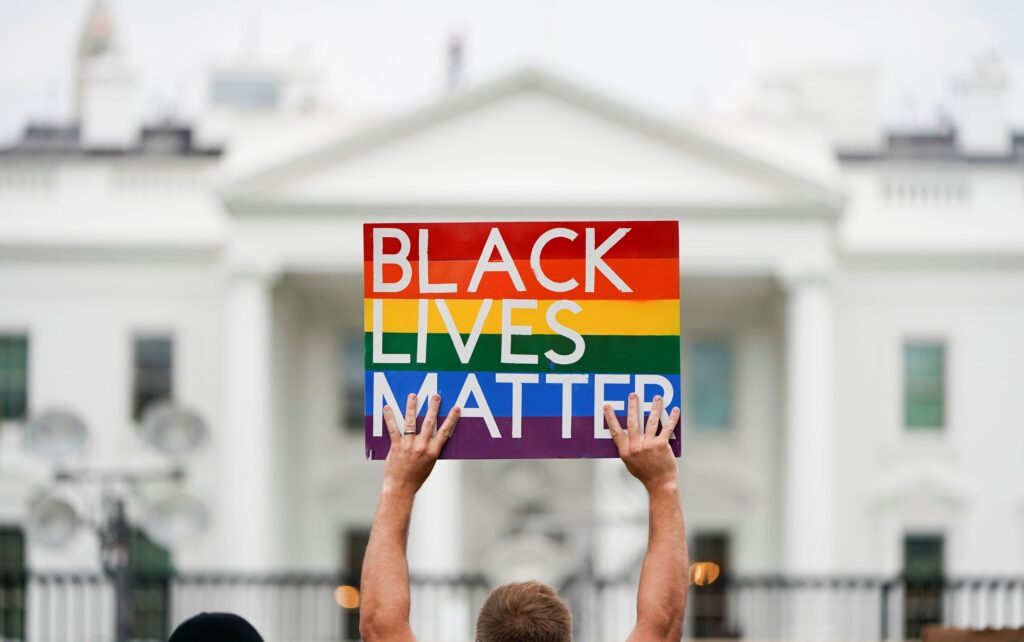 A protestor holds up a Black Lives Matter sign in front of the White House in Washington, D.C., U.S., June 22, 2020. REUTERS/Joshua Roberts

A reporter for Asbury Park Press is suing the city of Belmar, New Jersey and several police officers for assaulting and arresting him during a Black Lives Matter protest on June 1st.

Filed on July 13th in the U.S. District Court for the District of New Jersey, the complaint alleges that reporter Gustavo Martínez was “unlawfully tackled, arrested, detained and jailed by law enforcement while reporting on the police use of force against two teenage protesters whose screams can be heard on the footage Mr. Martínez recorded that night.”

The complaint states that while Martínez was ostensibly arrested for being out after the town’s curfew had gone into effect, the city’s Proclamation of State of Emergency expressly exempted reporters, and that Martínez wore brightly colored press badges around his neck that clearly identified him as a journalist.

According to the complaint, in an effort to disperse the protestors, the police started spraying the protestors with a “chemical irritant.” Martínez, who was filming the scene on his cellphone, captured video of police officers tackling and handcuffing two teenagers. The officers then turned their attention to Martínez, and an officer tackled him to the ground, slapping Martínez’s cellphone out of his hand. When Martínez tells the officer that he’s a reporter, one of the officers allegedly responds, “Shut your mouth.”

The next day, New Jersey Attorney  General Gurbir Grewal, publicly apologized for Martínez’s arrest, tweeting: “We will also figure out why this happened and make sure it doesn’t happen again. Because in America, we don’t lock up reporters for doing their job.” Afterward, the charges against Martínez were dropped.

In his suit Martínez, who is represented by Gibson, Dunn & Crutcher, asks the City to publicly state that his First, Fourth, and Fourteenth Amendment rights were violated, that it reform its policing policies, and that it award Martínez an unspecified amount for punitive and compensatory damages.