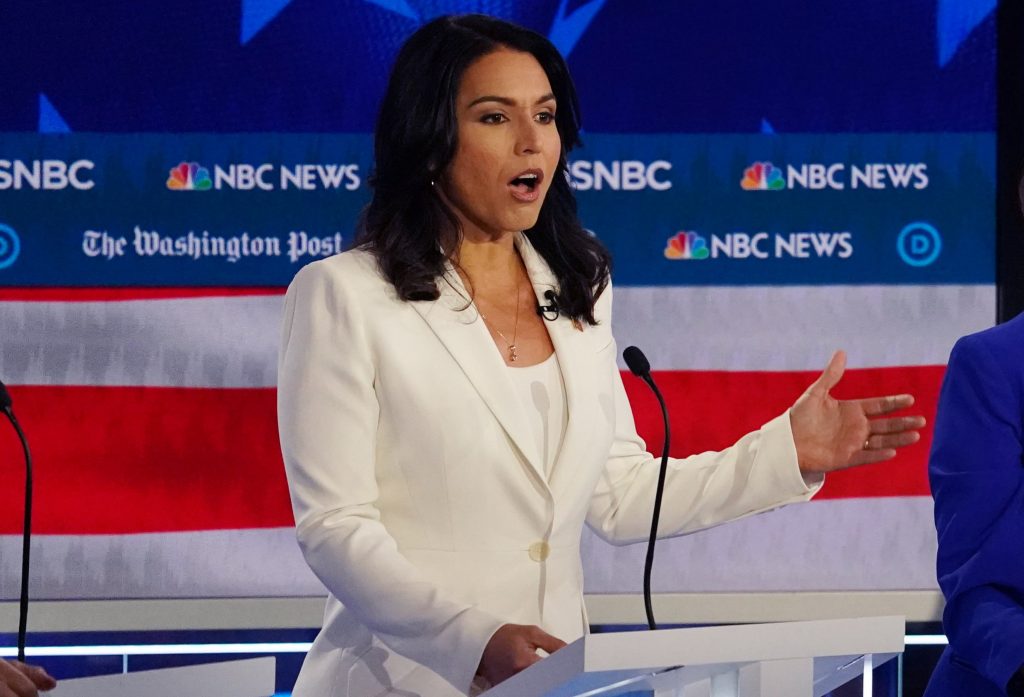 On January 22nd, Democratic presidential candidate and four-term Congresswoman Tulsi Gabbard filed a defamation lawsuit against Hillary Clinton in the U.S. District Court for the Southern District of New York.

In the complaint, Gabbard alleges that in October 2019, Clinton “—whether out of personal animus, political enmity, or fear of real change within a political party Clinton and her allies have long dominated—Clinton lied about her perceived rival Tulsi Gabbard. She did so publicly, unambiguously, and with obvious malicious intent.”

The defamation suit concerns comments Clinton made in a 2019 podcast with former Obama adviser David Plouffe. During the course of their interview, Clinton said that a Democrat running in the presidential primary was being groomed by the Russians.

“I’m not making any predictions, but I think they’ve got their eye on somebody who is currently in the Democratic primary and are grooming her to be the third-party candidate,” Clinton said to Plouffe. “She’s the favorite of the Russians.”

Clinton did not expressly name Gabbard in her remarks or during the podcast.

In her complaint, Gabbard alleges that Clinton’s comments were in retaliation for Gabbard’s endorsement of Senator Bernie Sanders in the 2016 Democratic primary. “Clinton—a cutthroat politician—has never forgotten this perceived slight,” the complaint reads.

Some legal scholars say that the suit has little chance of succeeding. “Under settled Supreme Court precedent, a defamation claim by a public figure like Tulsi Gabbard requires proof on her part that the speaker not only said something that was false, but did so ‘with knowledge that it was false or with reckless disregard of whether it was false or not,'” said Steve Vladeck, Professor of Law at the University of Texas School of Law, told CNN. “That’s an incredibly high standard to meet, and rightly so.”

“As the Supreme Court explained in 1964, a stricter regime would necessarily make it harder to criticize public figures. Thus, although Clinton’s remarks about Gabbard may well have been indecorous, it’s difficult to imagine the courts concluding that they were legally actionable,” Vladeck added.

Gabbard says she has suffered damages exceeding $50 million, and is seeking to be compensated for at least that amount, as well as for special and punitive damages.