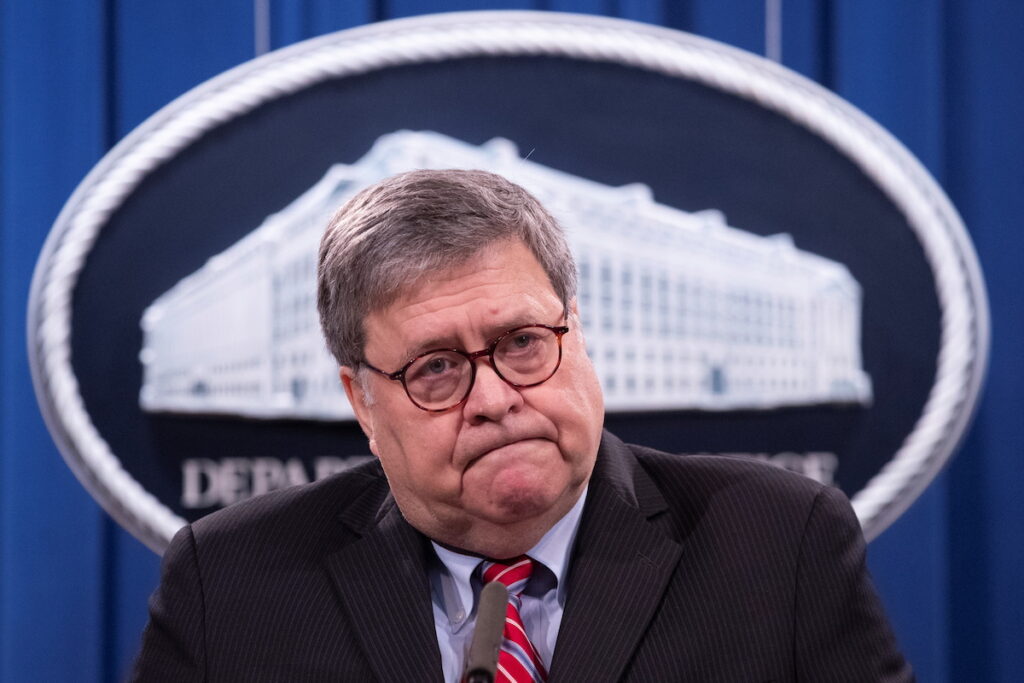 US Attorney General William Barr participates in a news conference to provide an update on the investigation of the bombing of Pan Am flight 103 on the 32nd anniversary of the attack, at the US Department of Justice in Washington, D.C, U.S., December 21, 2020. Michael Reynolds/Pool via REUTERS

In early May, the Justice Department notified Washington Post reporters Ellen Nakashima, Greg Miller and former Post reporter Adam Entous, that the DoJ had subpoenaed four months worth of their phone records in an effort to find information about their sources. The Department also had tried to access their email logs, but was unsuccessful.

The unsealed court records show that then-acting U.S. attorney for the District of Columbia Michael R. Sherwin filed a request for the email records on December 22nd, a day before William P. Barr stepped down from his position as attorney general.

“These items will help the United States to identify and locate the individual(s) who are responsible for the criminal activity under investigation,” Sherwin wrote, alluding to the individual who allegedly leaked the information to the press.

In his application, Sherwin asked that the email provider be required to keep the investigation secret from The Washington Post–“Given that they are known to use electronic communication and remove computing services, the potential target(s) could quickly and easily destroy or encrypt evidence related to their criminal activity.”

Internal guidelines for leak investigations established in 2015 typically require investigators to notify newsrooms before seizing data in order to give them a chance to negotiate the scope of the disclosure. In these cases, none of the reporters knew that the government had been given access to their records.

The Post reporters were one of eight reporters who had their records seized by the Justice Department while Trump was in office. According to The New York Times, Attorney General Merrick Garland is expected to send a memo to all federal prosecutors prohibiting them from using subpoenas, court orders, or warrants against reporters.

Watch Washington Post reporter Ellen Nakashima talk about what it was like to learn that the government had secretly taken her phone records.