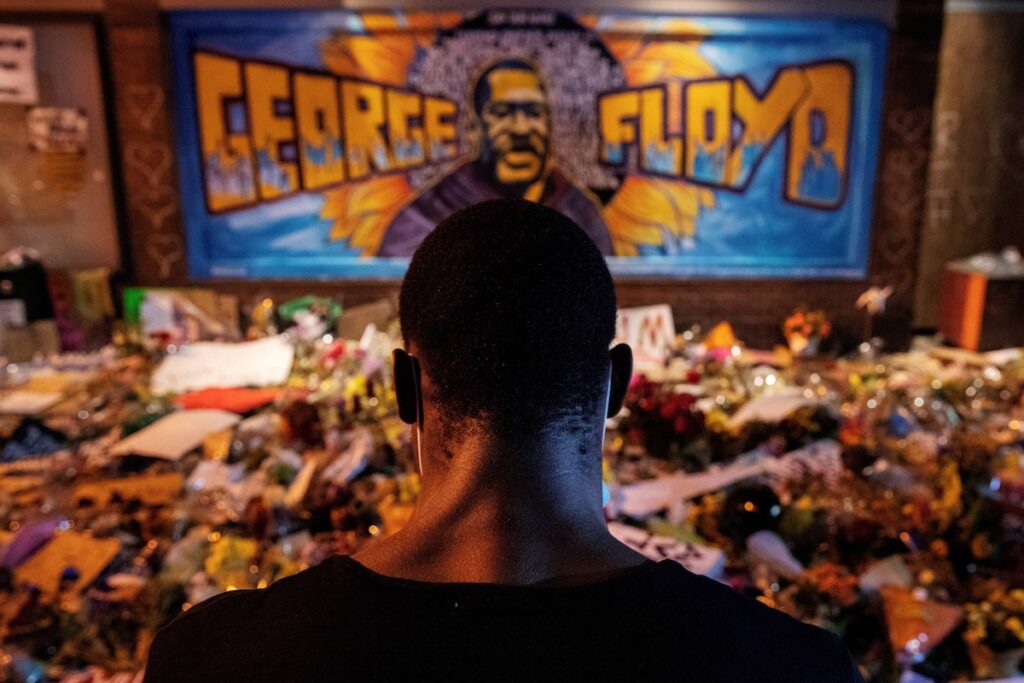 A man recites spoken word poetry at a makeshift memorial honoring George Floyd, at the spot where he was taken into custody, in Minneapolis, Minnesota, U.S., June 1, 2020. REUTERS/Lucas Jackson/File Photo/File Photo

For millions of Americans, the brutal death of George Floyd at the hands of Minneapolis police reinforced long-held suspicions about racial bias in the United States’ police departments. This month, the trial for the officer filmed with his knee on Floyd’s neck will begin, putting the spotlight again on the legal system’s handling of police killings of Black people. The press and public will be able to observe the trial — both in person and from their homes — and decide for themselves if the system they see is just and fair, thanks to the First Amendment’s promise of open courts.

The high-profile case has raised numerous First Amendment issues, including attempted gag orders, questions about public access to evidence in the case, and whether cameras would be allowed to expand public access, given public health considerations that restrict how many people can be in the courtroom.

Leita Walker: Leita Walker is a media and First Amendment lawyer in the Minneapolis office of the law firm Ballard Spahr. She successfully represented a media coalition in the criminal case against the officers charged in the George Floyd death, successfully opposing a gag order, moving for the right of the press and public to copy and distribute body camera footage filed with the court, and opposing a motion by the state to restrict audio and visual coverage of the trial. Read her full bio.