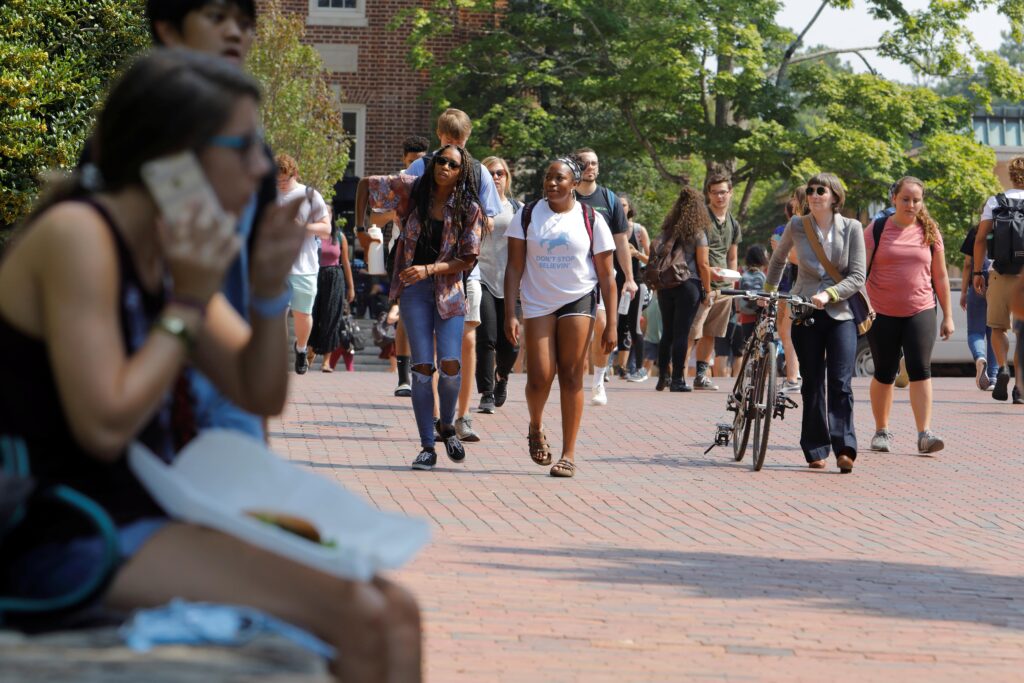 Update 7/1/21: The University of North Carolina at Chapel Hill board of trustees voted to give tenure to Nikole Hannah-Jones.

Update 5/27/21: The NAACP Legal Defense & Educational Fund, Inc (LDF), as well as two law firms representing Nikole Hannah Jones, sent an email to the University of North Carolina Chapel Hill regarding the school’s decision not to give Jones tenure. “We are evaluating all available legal recourse to fully vindicate Ms. Hannah-Jone’s rights, including possibly initiating a federal action against UNC, the Board, and/or affiliated entities and individuals,” the letter stated.

The University of North Carolina at Chapel Hill will not approve a tenured position for Pulitzer Prize-winning journalist Nikole Hannah-Jones, according to a May 19th report from NC Policy Watch.

Opponents of the decision claim political pressure from conservative critics of Hannah-Jones led to the decision made by the school’s board of trustees. According to The New York Times, the Republican-controlled state legislature appoints the North Carolina university system’s Board of Governors, which has a significant amount of influence and control over the University of North Carolina’s board of trustees.

Hannah-Jones was one of the main authors of the 1619 Project, launched in 2019 by The New York Times Magazine. According to the publication, the 1619 Project “…aims to reframe the country’s history by placing the consequences of slavery and the contributions of black Americans at the very center of our national narrative.” The 1619 Project has been the subject of controversy, attracting criticism from conservative individuals and organizations.

According to NC Policy Watch, a trustee highlighted the controversial nature of the decision, explaining “[t]he university and the board of trustees and the Board of Governors and the legislature have all been getting pressure since this thing was first announced last month. There have been people writing letters and making calls, for and against. But I will leave it to you which is carrying more weight.”

Hannah-Jones was set to assume the role of Knight Chair in Race and Investigative Journalism at the Hussman School of Journalism and Media. More than three dozen Hussman faculty members released a statement criticizing the decision, asserting that “[f]ailure to tenure Nikole Hannah-Jones in her role as the Knight Chair in Race and Investigative Journalism is a concerning departure from UNC’s traditional process and breaks precedent with previous tenured full professor appointments of Knight chairs in our school. This failure is especially disheartening because it occurred despite the support for Hannah-Jones’s appointment as a full professor with tenure by the Hussman Dean, Hussman faculty, and university.”

Instead, Hannah-Jones will be offered a fixed post of five years, after which she can potentially be granted tenure. According to NC Policy Watch, Susan King, Dean of the Hussman School of Journalism and Media, reacted to the decision, stating “[i]t’s disappointing, it’s not what we wanted and I am afraid it will have a chilling effect.”

Hussman faculty also alluded to concerns of a chilling effect in its statement criticizing the decision, declaring “[w]e demand explanations from the university’s leadership at all levels. Nikole Hannah-Jones does necessary and transformative work on America’s racial history. The national politicization of universities, journalism, and the social sciences undermines the integrity of and academic freedom within the whole University of North Carolina system.”

In apparent reference to the announcement, Hannah-Jones tweeted on the evening of May 19th, “I’ve been staying off of here today, but just know I see you all and I am grateful.”