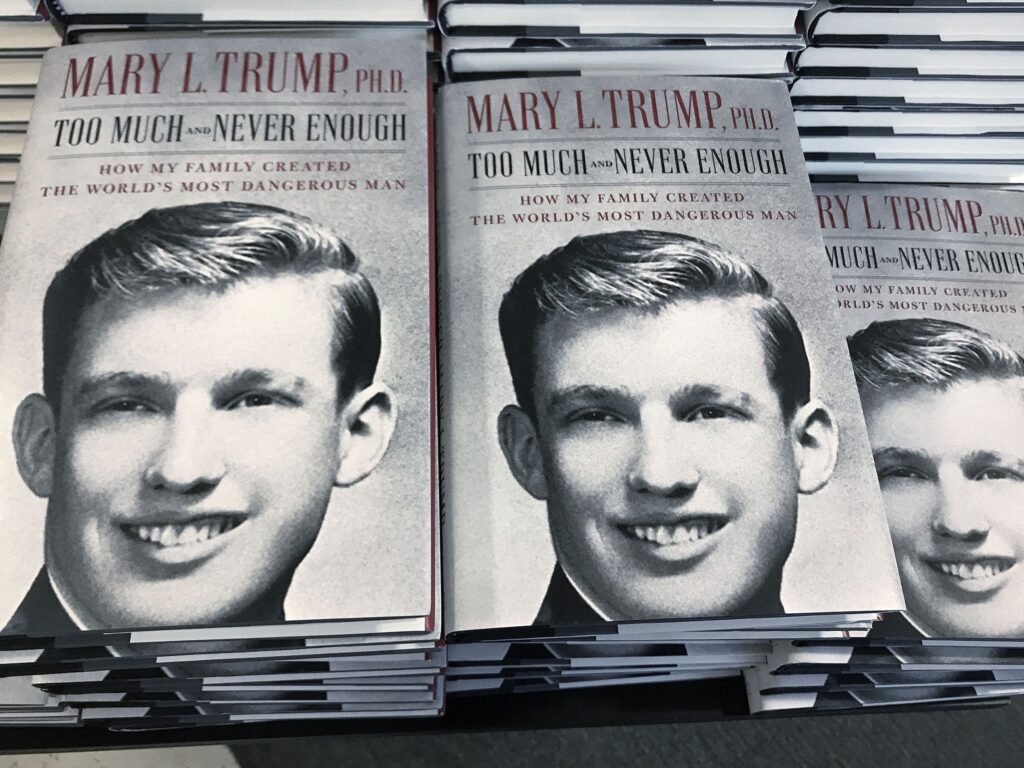 The book “Too Much and Never Enough” by Mary Trump is pictured in a bookstore in the Manhattan borough of New York City, New York, U.S., July 14, 2020. REUTERS/Carlo Allegri

On July 13, the New York Supreme Court lifted a temporary restraining order on President Donald Trump’s niece, Mary Trump, freeing her to speak publicly about her memoir “Too Much and Never Enough: How My Family Created the World’s Most Dangerous Man.”

Since news of her book got out, the President’s brother, Robert Trump, has gone out of his way to halt its publication on the grounds that it violates a nondisclosure agreement Mary Trump signed in 1999.

New York Supreme Court Justice Hal Greenwald initially granted Robert Trump’s request for a temporary restraining order on both Mary Trump and her publisher, Simon & Schuster (S&S), but has since reversed his decision.

Though an appeals court eventually overturned the gag order on S&S, the injunction on Mary Trump remained in place.

In his 20-page ruling, Greenwald lifted the gag order on Mary Trump. The New York Supreme Court justice reasoned that barring publication when “over 600,000 copies of the Book have been printed and shipped to retail booksellers” would be a logistical nightmare.

Greenwald was also far less sympathetic to Robert Trump’s earlier claim that the publication of supposedly confidential information would cause him and his family to suffer irreparable harm.

“What about the public right to know?” Greenwald wrote, “The Trumps were local in 2001. The leader of the Trump family in 2020 is global.”

“The court got it right in rejecting the Trump family’s effort to squelch Mary Trump’s core political speech on important issues of public concern,” Boutrous said in a statement. “The First Amendment forbids prior restraints because they are intolerable infringements on the right to participate in democracy. Tomorrow, the American public will be able to read Mary’s important words for themselves.”