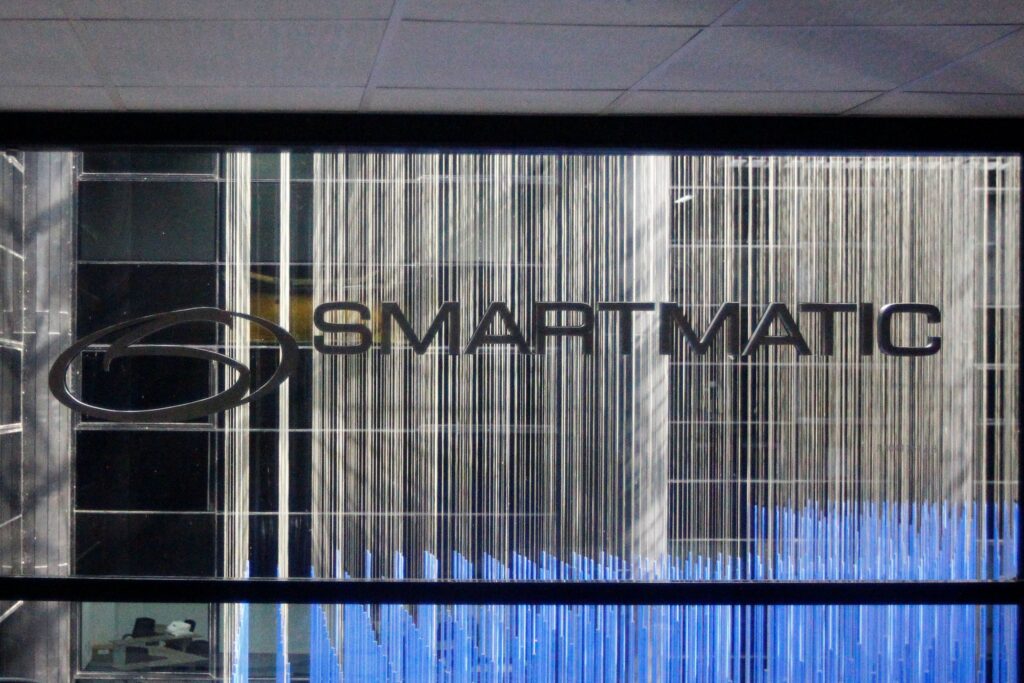 The corporate logo of Smartmatic is seen at its offices in Caracas, Venezuela August 2, 2017. REUTERS/Christian Veron

In his ruling, Judge David Cohen said that Giuliani repeatedly made claims “without any evidence” and “without any basis” that Smartmatic tried to tip the 2020 presidential election in Joe Biden’s favor.

Cohen also said that statements made by Giuliani, Fox host Maria Bartiromo, and former Fox Business host Lou Dobbs could meet the legal standard of defamatory statements as they were “so inherently improbable that only a reckless person would have put [them] in circulation.”

“Even assuming that Fox News did not intentionally allow this false narrative to be broadcasted, there is a substantial basis for plaintiffs’ claim that, at a minimum, Fox News turned a blind eye to a litany of outrageous claims about plaintiffs, unprecedented in the history of American elections, so inherently improbable that it evinced a reckless disregard for the truth,” Cohen wrote.

According to Cohen, in order to let the case proceed, he had to determine whether Fox acted with “actual malice”—meaning that not only did the network air false claims but that it did so with a reckless disregard for the truth. Cohen cited Fox News host Tucker Carlson’s statements as evidence that the network knowingly aired false statements about Smartmatic.

During a November 19, 2020 broadcast, Carlson questioned former Trump attorney Sidney Powell’s claims that the election had been stolen, and that she had yet to substantiate those allegations. Carlson claimed that he had asked Powell for more than a week to provide evidence, but that she declined. Carlson said that Powell “never demonstrated that a single actual vote was moved illegitimately by software from one candidate to another. Not one.”

Using Carlson’s words against him, Cohen wrote, “Ironically, the statements of Tucker Carlson, perhaps the most popular Fox News host, militate most strongly in favor of a possible finding that there is a substantial basis that Fox News acted with actual malice.”

While the defamation suit against Fox News and Giuliani can proceed, Cohen dropped Fox host Jeanine Piro from the suit, saying that she didn’t directly accuse Smartmatic of breaking the law. He also dropped Powell because New York doesn’t have jurisdiction over her.