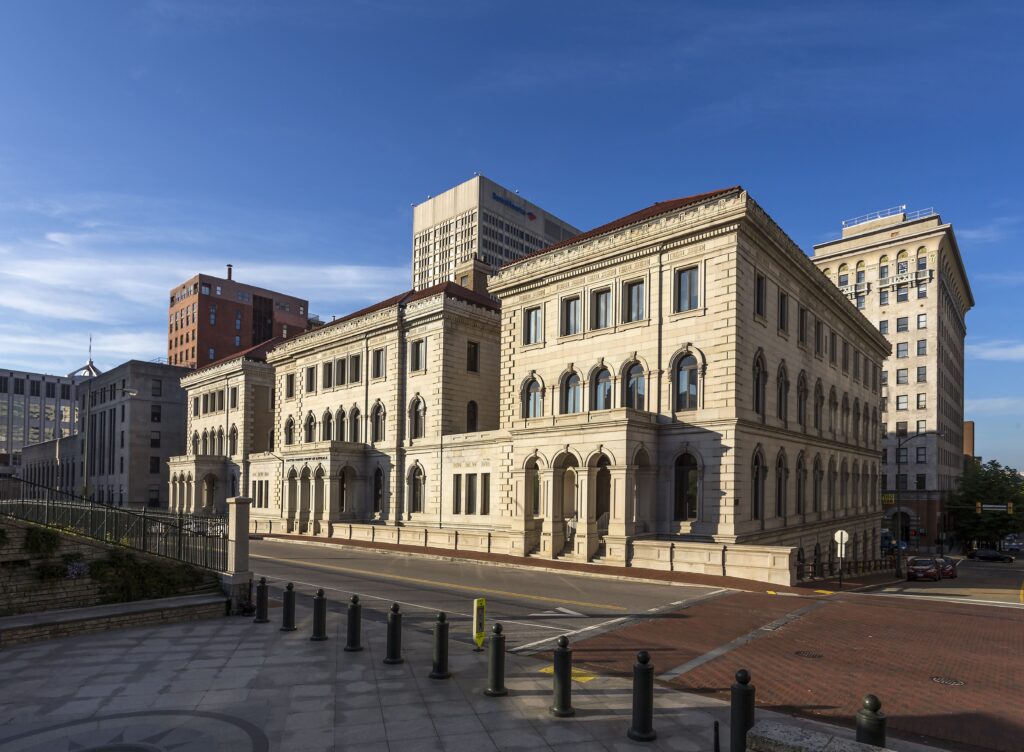 In 2019, Georgetown Institute for Constitutional Advocacy and Protection (ICAP) and Maryland Volunteer Lawyers for the Arts filed a lawsuit challenging the law on First Amendment grounds. The lawsuit, Soderberg v. Carrion, was filed on behalf of a group of journalists and court-transparency activists who wanted to use the audio recordings to promote a better understanding of the state’s court system.

The plaintiffs argue that the state cannot constitutionally punish individuals for using recordings that had previously been made public by the court. They point to Smith v. Daily Mail, a major Supreme Court ruling which held that when someone “lawfully obtains truthful information about a matter of public significance then state officials may not constitutionally punish publication of the information, absent a need to further a state interest in the highest order.” (emphasis added).

In 2020, a district court dismissed the lawsuit, but did not apply the standard established in Daily Mail. The court reasoned that strict scrutiny was not necessary because the Maryland statute was not a total prohibition on court documents—people could still share notes or text-based transcripts with the wider public.

In its ruling issued on June 15, 2021, the Fourth Circuit remanded the district court’s ruling and ordered the court to re-evaluate the lawsuit using a higher standard of review.

“Strict scrutiny is clearly required here. Simply put, the plaintiff’s copies of the official court recordings of state criminal proceedings constitute ‘truthful information’ that was ‘released to the public in official court records.’ As such, the broadcasting of those lawfully obtained recordings cannot constitutionally be punished ‘absent a need to further a state interest of the highest order’,” the Fourth Circuit stated.

Nicolas Riley, senior counsel at ICAP, told First Amendment Watch that he does not think that the defendants will be able to show that the ban on audio recordings serves a government interest of the “highest order.”

“We don’t see how the State can show any harm stemming from the dissemination of recordings that simply memorialize proceedings that took place in open court,” Riley said in an email. “Dozens of jurisdictions around the country allow the public to create or obtain recordings of public court proceedings—again, without banning the dissemination of those recordings—and those jurisdictions haven’t suffered any adverse consequences as a result.”