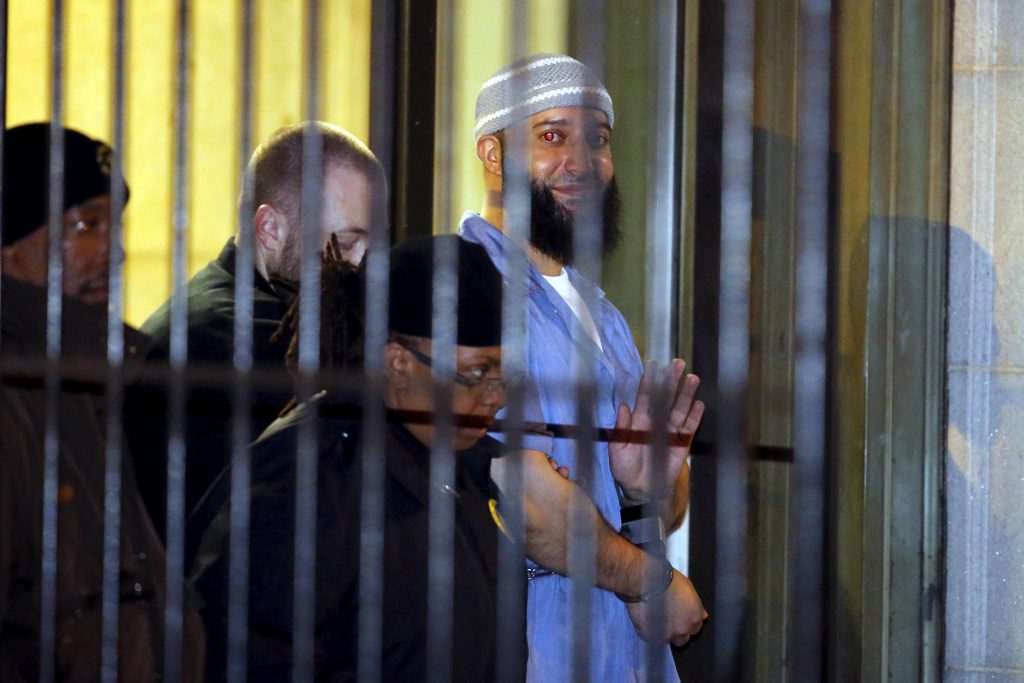 Convicted murderer Adnan Syed leaves the Baltimore City Circuit Courthouse in Baltimore, Maryland February 5, 2016. The Maryland man whose 2000 murder conviction was thrown into question by the popular “Serial” podcast was in court today to argue he deserved a new trial because his lawyers had done a poor job with his case. REUTERS/Carlos Barria

On April 13th, the Floyd Abrams Institute for Freedom of Expression at Yale Law School filed an amicus brief in the Fourth Circuit Court of Appeals in support of a First Amendment challenge to a Maryland statute that prevents individuals from disseminating courtroom audio transcripts.

The Institute’s brief was filed in support of a lawsuit, Soderberg v. Carrion, brought by a group of journalists and court-transparency activists in May 2019. The plaintiffs are represented by the Georgetown Institute for Constitutional Advocacy and Protection (ICAP) and Maryland Volunteer Lawyers for the Arts, and have also received amicus briefs from the Reporters Committee for Freedom of the Press and the Cato Institute.

“This case is about ensuring that Marylanders can better understand exactly what’s happening inside their courtrooms. There’s no good justification for preventing journalists and criminal-justice reform advocates from publicly sharing accurate accounts of what happens in open court,” said Nicolas Riley, senior counsel at the ICAP.

“While protecting the integrity of court proceedings and defendants’ fair trial rights are compelling governmental interests that may justify a ban on broadcasting ongoing proceedings, they do not justify a blanket ban against the dissemination of audio recordings of long-completed prosecutions,” the amicus brief states.

The law has affected a number of journalists who have used publicly available audio recordings in podcasts or documentaries, including Sarah Koenig, host and executive producer of the podcast series “Serial.” Koenig used court recordings in her podcast, and according to The Baltimore Sun, court officials considered holding Koenig in contempt of court. The court declined to take further action after she agreed to eschew broadcasting court proceedings in the future.

Koenig is not a plaintiff in this case.