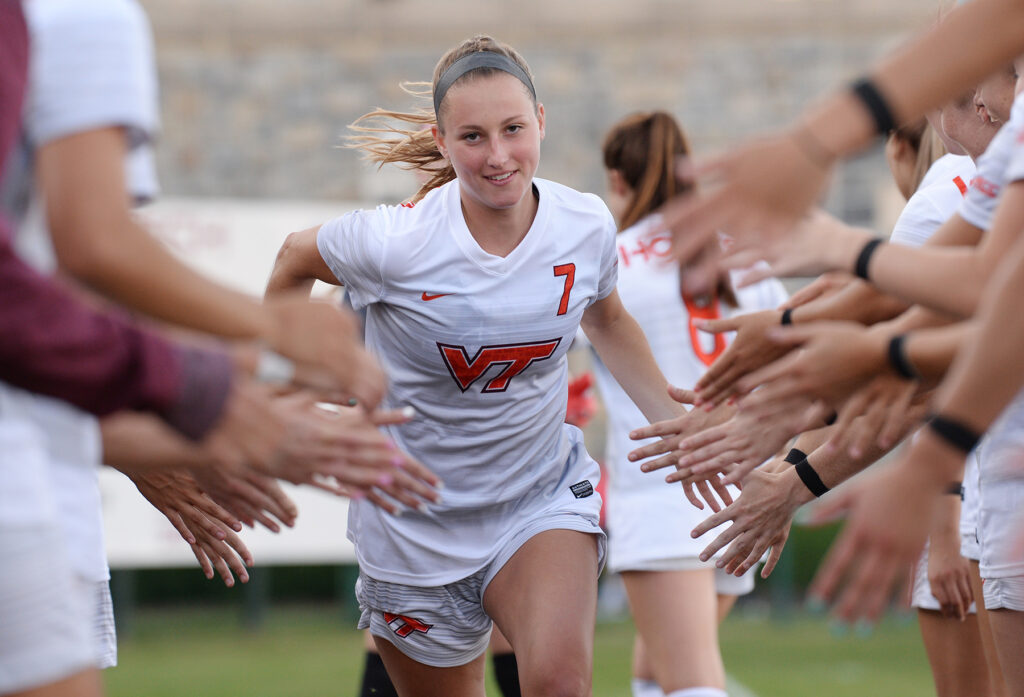 A former Virginia Tech women’s soccer player will reportedly receive $100,000, according to her attorney, in a settlement after suing her coach for allegedly retaliating against her for her political views and forcing her off the team.

Cameron Norris, Kiersten Hening’s attorney, told The Roanoke Times in a story published Jan. 4 that the terms of the settlement did not include an admission of wrongdoing from either party, and that the university and state officials must approve the terms before it is finalized.

Hening, in 2020 a junior and starter on the soccer team, sued head coach Charles “Chugger” Adair for allegedly retaliating against her after she refused to kneel in support of Black Lives Matter at the season opener. Hening claims Adair “benched her, subjected her to repeated verbal abuse, and forced her off the team,” according to the March 2021 lawsuit. The lawsuit alleged that at halftime Adair “berated Hening for her stance,” and “denounced” her for “‘bitching and moaning,’ for being selfish and individualistic, and for ‘doing her own thing.’”

“The court concludes that there is sufficient evidence in the record supporting Hening’s claim that Adair’s actions, whatever his motives, adversely affected her First Amendment rights,” Judge Cullen wrote.

The terms of the settlement were not released, but on Jan. 3 a three-day trial scheduled for later this month was canceled with a text-only docket entry stating, “Case settled.”

Adair tweeted Jan. 4 that he was “pleased the case against me has been closed and I am free to move forward clear of any wrong doing.”

“The people I care about and whose opinions matter to me know the truth,” he wrote. “It’s unfortunate, but this ordeal was about a disappointment and a disagreement about playing time. Today, we have clarity that this case lacked any standing, and without evidence, the truth has prevailed.”

Adam Mortara, another of Hening’s attorneys, replied to Adair’s tweet: “If by clarity you mean you are paying my client six figures in a settlement then you’re right that’s pretty clear. Honestly, Coach, read the Court’s opinion. You are paying. Defendants don’t pay in cases that have no standing.”

Hening initially requested that Adair receive First Amendment training and she asked to rejoin the team with no future retaliation, since at the time she still had two years of NCAA eligibility remaining. Norris told The Roanoke Times that Hening has now graduated, and will not return for the remaining athletic eligibility. 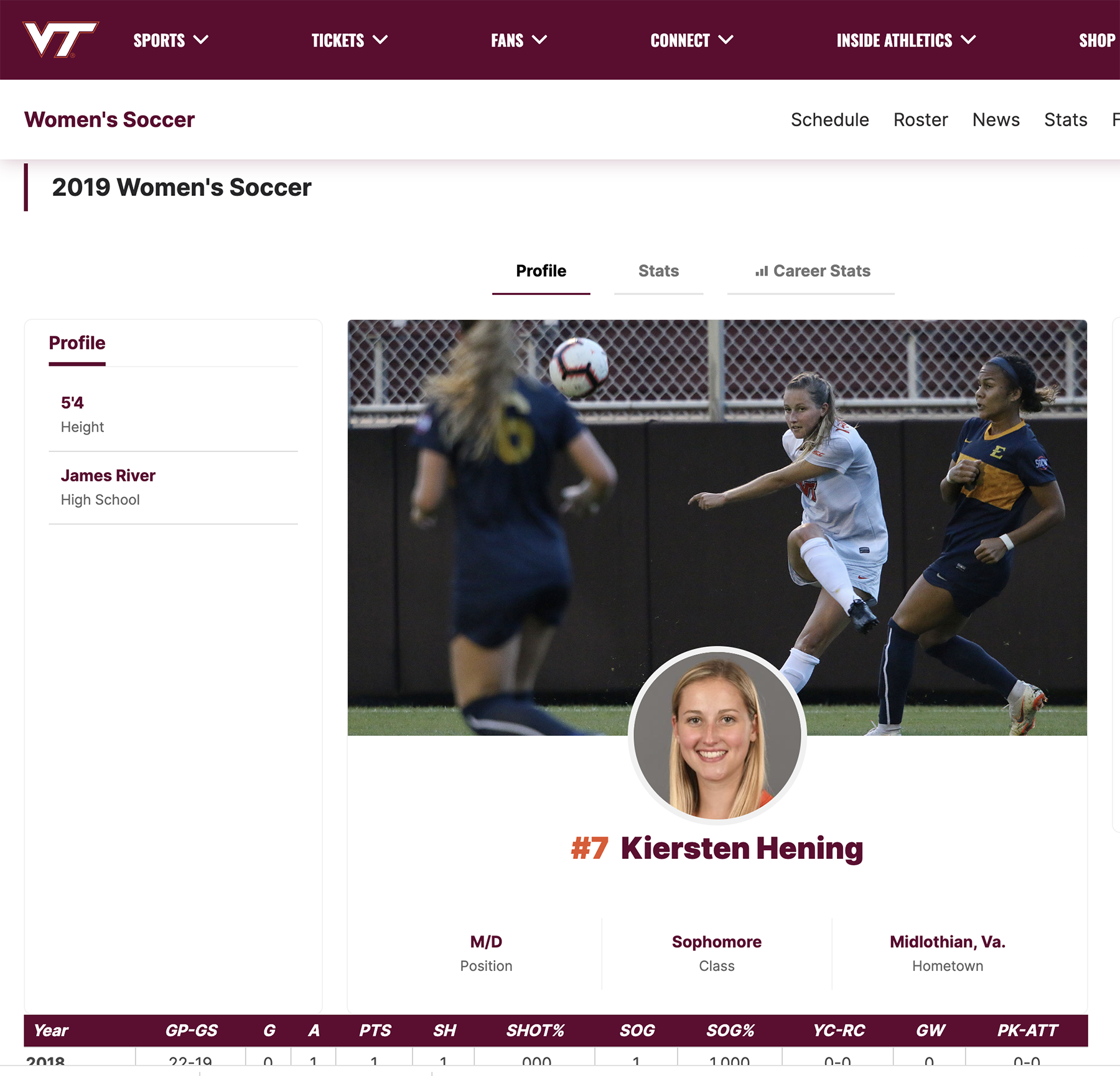 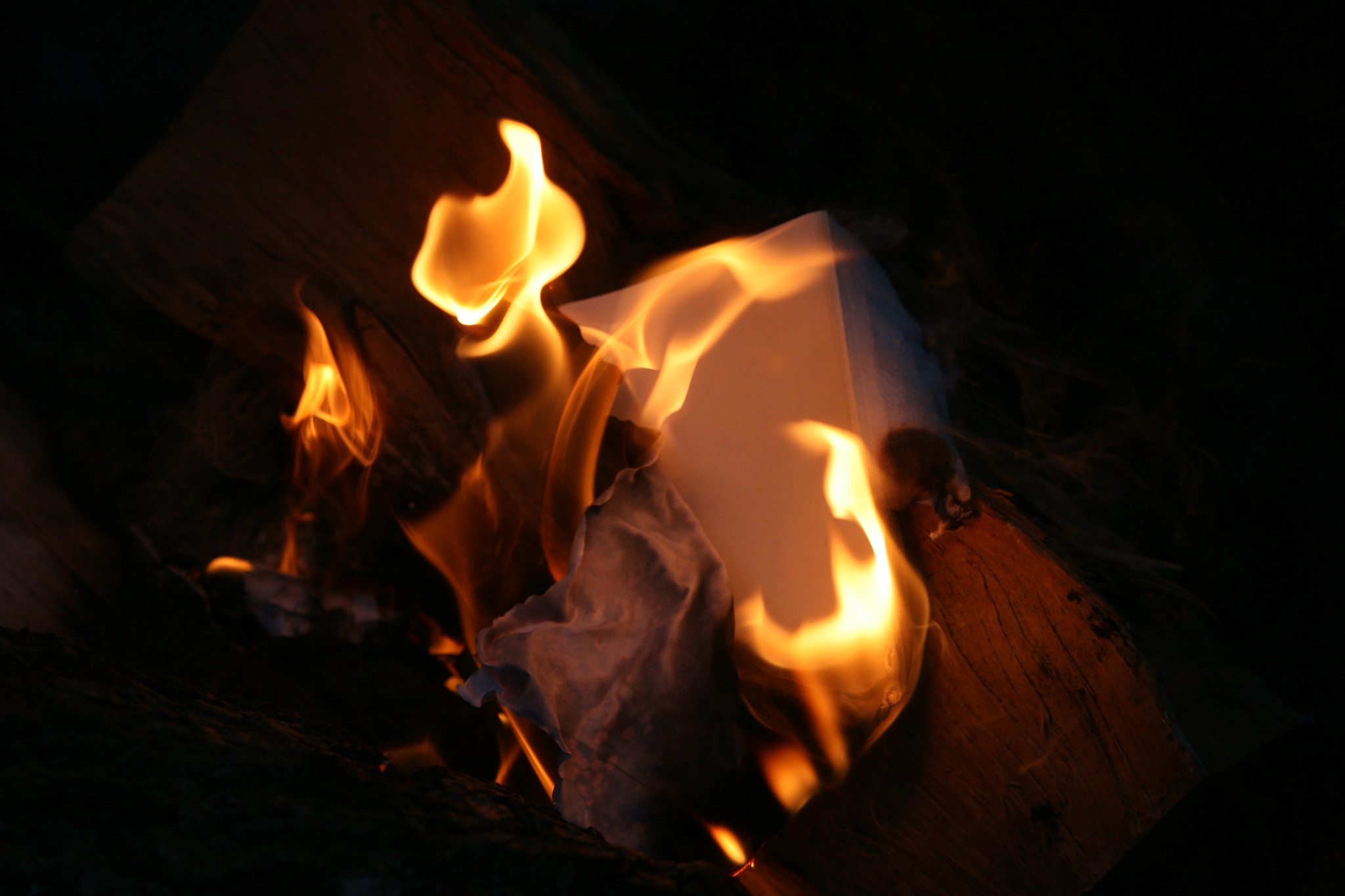