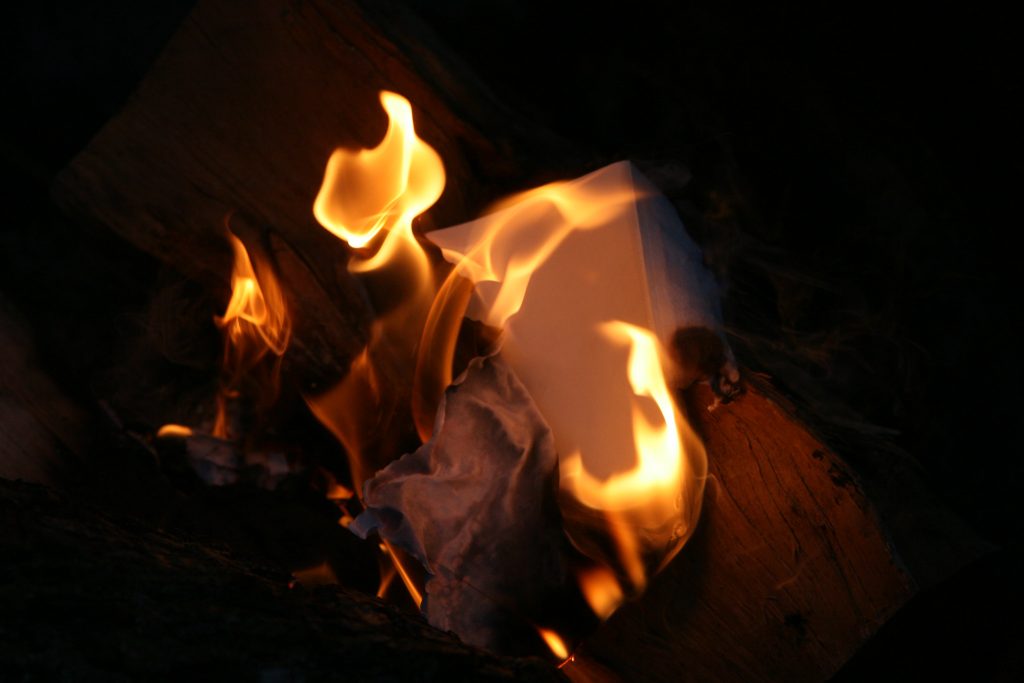 After disagreeing with the way Jennine Capó Crucet’s novel, “Make Your Home Among Strangers,” presented white privilege, a group of students at Georgia Southern University decided to burn her book.

The incident serves as an interesting example of a form of expression that is at once protected speech—symbolic speech—and a symbol of censorship. Book burning has historically been used by authoritarian regimes to intimidate critical voices.

The book burning took place after a talk with Crucet on Wednesday, October 10th at the university’s Performing Arts Center. There, one student questioned Crucet’s authority to write about race and diversity.

“I noticed that you made a lot of generalizations about the majority of white people being privileged,” the student queried. “What makes you believe that it’s okay to come to a college campus, like this, when we are supposed to be promoting diversity on this campus, which is what we’re taught. I don’t understand what the purpose of this was.”

“I came here because I was invited and I talked about white privilege because it’s a real thing that you are actually benefiting from right now in even asking this question,” Crucet responded, according to the student newspaper, The George-Anne.

Crucet has also put out a statement via Twitter about her back and forth with the student.

After the talk, videos of students burning copies of her book began to circulate on social media. According to The Washington Post, one student sent Crucet an image of a ripped book via Twitter with the message, “Enjoy this picture of your book! Have a nice night, Jennine. :-)”

PEN America, a free expression advocacy group, highlighted the censorious message implied in the act of burning a book.

“Book burning has a long history as a tactic to intimidate, silence, and denigrate the value of intellectual exchange,” said PEN America’s campus free speech director Jonathan Friedman in a statement. “Students have the right to exercise their own freedom of expression and book burning is also a protected act of expression. But this symbolic gesture aimed not just to reject or refute ideas but to obliterate the very paper on which they were written.”

According to The George-Anne, the university’s history department will host a teach-in about book burning entitled, “Book Burning, Censorship and Free Speech in a Historical Perspective,” on Tuesday, October 15, 2019.