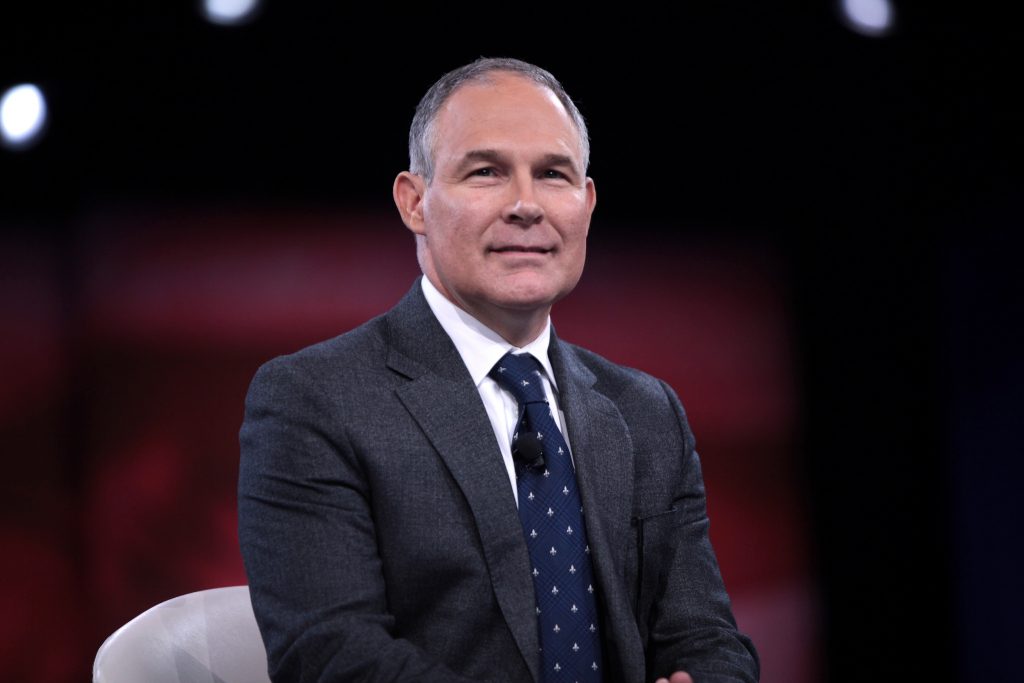 Reporters from CNN, The Associated Press, and E&E News were barred by the EPA from entering a national summit “of national priority,” while other reporters were allowed inside for Scott Pruitt’s opening remarks after having been invited by the agency the day before. Reporter Ellen Knickermeyer from The Associate Press was grabbed and pushed out of the building after she asked to speak with an EPA public relations person.  An EPA official later called Knickermeyer to apologize.

EPA spokesman Jahan Wilcox said that space limitations inside the venue would only allow them to accommodate 10 reporters and that there would be a livestream for those that could not attend. But The Hill reported that a handful of seats were vacant in the press section by the time Pruitt began speaking.  Another reporter told Politico there were dozens of available seats in the room. The EPA later announced that reporters would be allowed to attend the afternoon sessions of the summit.

“While several news organizations were permitted, the EPA selectively excluded CNN and other media outlets. We understand the importance of an open and free press and we hope the EPA does, too,” a CNN spokesperson said in a statement.

Executive Editor of AP Sally Buzbee said, “The Environmental Protection Agency’s selective barring of news organizations, including the AP, from covering today’s meeting is alarming and a direct threat to the public’s right to know about what is happening inside their government. It is particularly distressing that any journalist trying to cover an event in the public interest would be forcibly removed.”