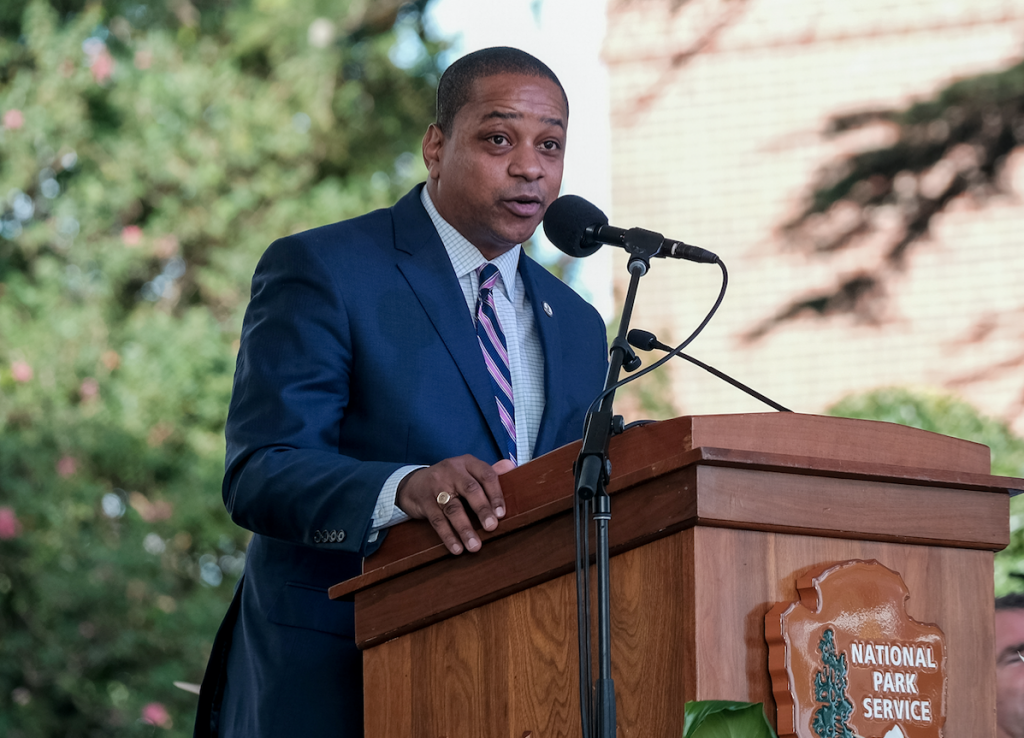 Virginia Lt. Governor Justin Fairfax (D-VA) delivers a speech during the Day of Healing and Nationwide Bell Ringing Ceremony to commemorate the 400-year anniversary of the arrival of the first enslaved Africans in Virginia, in Hampton, Virginia, U.S., August 25, 2019. REUTERS/Michael A. McCoy

Editor’s note: This story was changed to make clear that the court that dismissed the suit was a federal district court and not state court.

A federal district judge in Virginia court ruled on February 11th, that Virginia Lieutenant Governor Justin Fairfax could not hold CBS liable for defamation over its coverage of two sexual assault claims against Fairfax.

“Overall, CBS’ statements and presentations, when viewed in context and in conjunction with other statements pertaining to Fairfax’s denials and other possible versions of what happened are not defamatory per se and do not sufficiently imply that the accusations as true or accurate or that CBS endorsed the veracity of Fairfax’s accusers,” Anthony J. Trenga, U.S. District Judge for the United States District Court for the Eastern District of Virginia wrote in his ruling.

In September 2019, Fairfax sued CBS Corporation for defamation and intentional infliction of emotional distress, following two interviews on CBS This Morning with women who accused Fairfax of separate sexual assaults, one in 2000 and the other in 2004. He argued that by refusing to ask the women basic questions, and by failing to separately interview an eyewitness with relevant knowledge of the case, the media organization had acted in reckless disregard for the truth.

Central to Fairfax’s claims were comments made by CBS This Morning co-hosts in which they called the allegations “very disturbing.” At one point, TV host Gayle King reflected that “it was fascinating talking to her [Tyson] because I felt, at some point, it’s almost like she’s going back to the moment she believed…” Bianna Golodryga, a co-host, interrupted, adding “Something clearly changed when she was talking through what transpired, and you could see where she got very emotional and went to that dark place.”

The judge found that although these isolated comments might lead a reasonable viewer to infer that CBS co-hosts believed the women’s accusations, this was far less likely when considering CBS’s full coverage.

“…none of the CBS This Morning co-hosts state that Fairfax did in fact commit the alleged sexual assaults or that they believed he committed the assaults. In fact, at the conclusion of each interview, King, in studio and surrounded by her co-hosts, promptly announces Fairfax’s assertions of innocence, including that he passed a polygraph exam as to both of his accusers’ allegations,” the judge concluded.

The judge also dismissed Fairfax’s arguments that CBS acted recklessly, noting that CBS had been “highly responsive” and “provided Fairfax an opportunity to respond to the interviews, which he declined.”

The court did grant the Lt. Governor one piece of good news: Fairfax will not be required to pay CBS’s attorney fees due to specific provisions in Virginia’s anti-SLAPP law which require the court to find the defamation complaint completely lacking in merit.

Fairfax told The Hollywood Reporter that he plans to appeal.