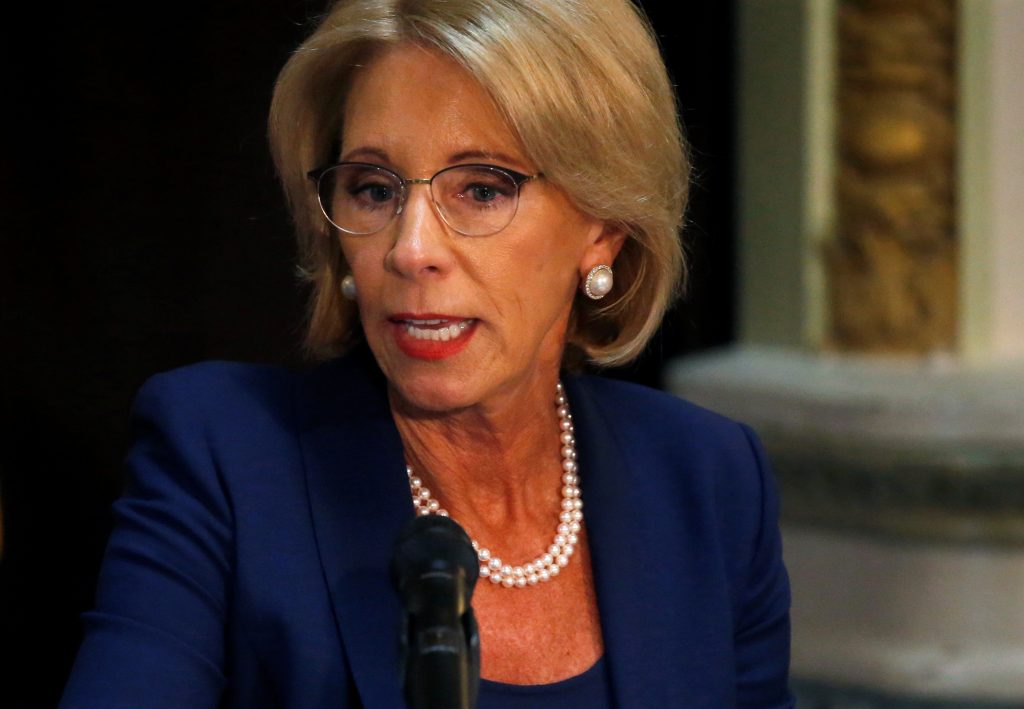 This post was updated on September 25, 2019 to reflect the universities’ response to the U.S. Department of Education’s review.

The U.S. Department of Education (DoE) has threatened to cut funding for a Middle East studies program run by Duke University and the University of North Carolina for, among other reasons, emphasizing “the positive aspects of Islam” and not those of “Christianity, Judaism, or any other religion or belief system in the Middle East,” according to a letter from the DoE sent on September 17, 2019. The decision came after an investigation prompted by a Republican congressman who complained that the program had an anti-Israel bias.

The Duke-UNC Consortium for Middle East Studies, a collaborative center organized by the Middle East studies departments at the two universities, receives $235,000 annually from the federal government as part of a Title VI grant, according to The Chronicle of Higher Education. Title VI grants are given to universities and colleges to support foreign language and international-studies programs.

In the letter to the consortium, the DoE writes, “This lack of balance of perspectives is troubling and strongly suggests that Duke-UNC CMES is not meeting legal requirement that National Resource Centers ‘provide a full understanding of the areas, regions, or countries’ in which the modern foreign language taught is commonly used.”

The letter also criticizes the consortium’s “startling lack of focus on geography, geopolitical issues, history, and language of the area.”

DoE officials have ordered the consortium to submit a preliminary response with a revised list of scheduled activities by September 22nd in order to receive funding approval on September 30th.

In a letter sent to the DoE on September 20, Vice Chancellor of Research at UNC Terry Magnuson pointed out that two of the events labeled “inappropriate for Title VI funding” were not actually supported with Title VI funding. Magnuson also directly responded to allegations that the program lacked information on religious minorities.

“In fact, the Consortium has organized or assisted with programs on the persecution of the Yazidis in each of the past three years, along with numerous programs on the persecution of Armenian Christians, Iranian Baha’is, and other minorities in the Middle East,” Magnuson writes in the letter. “…positive appreciation for Christianity, Judaism, and other religions of the Middle East suffuses all of the Consortium’s K-12 outreach activities … such as a visit to a Jewish center to explore Jewish traditions, presentations on Christianity in Lebanon, and presentations on religious diversity throughout the Middle East.”

Henry Reichman, author of “The Future of Academic Freedom” and Chair at the American Association of University Professors (AAUP), called the Education Department’s threat to cut funding “chillingly inappropriate.”

“The review of the Duke-UNC program was not part of any regular protocol but was instead prompted by a North Carolina Republican congressman’s letter to Education Secretary Betsy DeVos about a consortium-sponsored conference that he charged was characterized by ‘severe anti-Israeli bias and anti-Semitic rhetoric,'” Reichman wrote in an AAUP statement. “It is entirely improper for any external funder, much less the federal government, to intrude on curricular judgements best made by qualified expert faculty.”