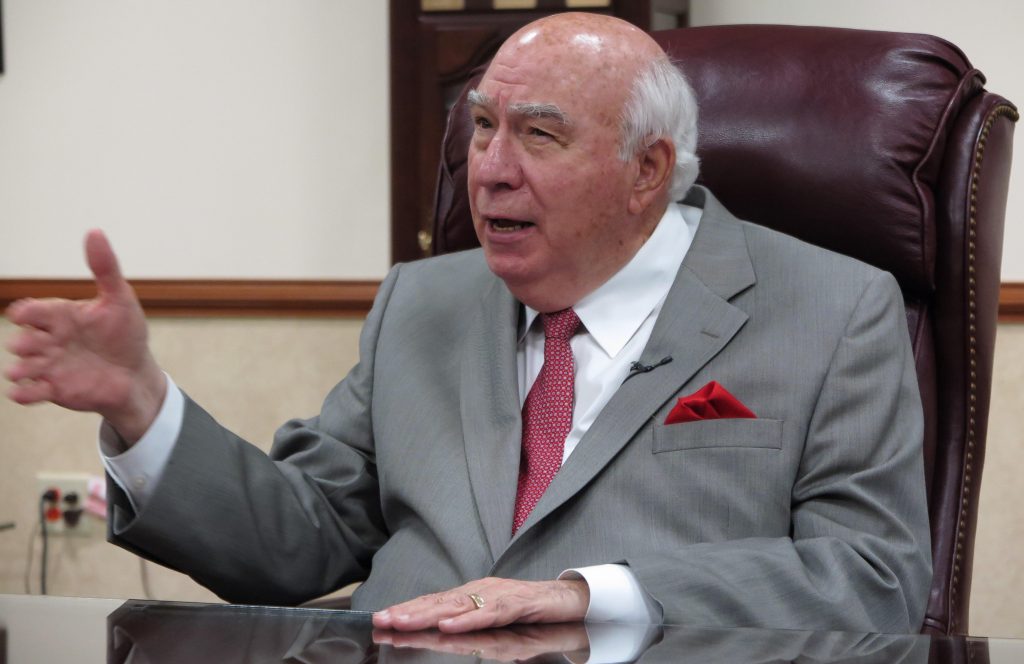 Coal magnate Robert Murray has a long history of suing the media – at least nine organizations at last count. He targeted HBO’s John Oliver and The New York Times claiming that both misrepresented safety at his coal mines and attacked him personally. He even asked for an emergency “gag order” against rebroadcast of Oliver’s segment arguing it was hurting business and threatening employees. A federal judge ruled that Murray’s case against Oliver should proceed in state court. But after the case was remanded,HBO and Partially Important Productions submitted motions to dismiss which were granted. Murray intends to appeal. For news, analysis, history & legal background read on.

Judge Jeffrey Cramer dismissed the defamation case brought by Murray Energy against John Oliver agreeing with the arguments made in the dismissal motions by HBO and Partially Important Productions. Murray Energy toldThe Hollywood Reporter they would appeal stating, “This is a flagrant disregard of the law, the facts, and the substantial damages intentionally inflicted by the Defendants.”

HBO went back to court to defend John Oliver against a defamation suit by coal baron Robert Murray, arguing that there is no basis for a defamation claim. “In fact, their complaint disregards long-settled First Amendment and common law protections for the two types of speech challenged here: accurate reporting on government activity, and commentary and satire on matters of public concern.” The dispute concerns a June 18 broadcast of Last Week Tonight With John Oliver, which Murray claims represented his coal companies unfairly.

The ACLU laid out its arguments for John Oliver’s freedom of speech with section headings in its amicus brief including: “Anyone Can Legally Say, ‘Eat Shit, Bob!’” and “All of John Oliver’s Speech Was Protected by the First Amendment. You Can’t Sue People for Being Mean to You, Bob.”

June 24, 2017: Can a Rebroadcast of John Oliver’s Coal Segment Be Stifled?

Robert Murray, the chief executive of coal mine operator Murray Energy, has filed suit against John Oliver, the host of HBO’s news satire series “Last Week Tonight,” alleging defamation, false light invasion of privacy and intentional infliction of emotional distress. As Oliver was preparing a lengthy segment focused on the coal industry, his producers reached out to Murray Energy for comment; Murray’s lawyers responded with a threat of “immediate litigation” if Oliver failed to “cease cease and desist from any effort to defame, harass, or otherwise injure Mr. Murray or Murray Energy.” Oliver nonetheless proceeded with a segment critical of Murray that attorneys representing Murray called a “vicious and untrue attack” and a “meticulously planned attempt to assassinate [Murray’s] character and reputation.” At the end of his segment, Oliver, addressing Murray, remarked “I know you’re probably going to sue me over this. But, you know what? I stand by everything I said.”

In what the New York Times one-time public editor, Liz Spayd, calls a “rare” libel suit against the newspaper, Murray Energy is claiming that an editorial “falsely accused the company’s founder, Robert Murray, of lying about the cause of a deadly mine collapse and wrongly asserted that his company violated federal regulations in excess of industry norms.” The editorial began, “Bob Murray, one of the coal industry’s loudest voices, spent $300,000 on President Trump’s inauguration and got a lot more than good seats.”

Between 2001 and 2015, Robert Murray sued “reporters, editorial writers, a cartoonist, media organizations and radio stations” at least nine times for libel, according to a report in The Pittsburgh Post-Gazette. Examples include a lawsuit against The Huffington Post for publishing an article about his financing of Republican Ken Kuccinelli’s campaign for Virginia Governor and a lawsuit against a local newspaper for carrying an editorial and accompanying cartoon critical of Murray Energy; both lawsuits were dismissed by the courts. In fact, “none” of Murray’s lawsuits have “made it to trial,” The Post-Gazette reports.

Murray will have difficulty prevailing in his libel suits against Oliver and The New York Times. Under libel law (see the special section that follows), Murray is clearly a public figure and, as such, must prove that the defamatory publication about him  (1)  is false and that (2) the information was published knowing it was false or with reckless disregard for the truth—that is, with a high degree of awareness of probable falsity. The Supreme Court has also given First Amendment protection for satire of public officials and public figures, a protection that may apply to the Oliver case.

In New York Times v. Sullivan (1964), the Supreme Court recognized that protection of reputation could impact the freedom of speech and press. To protect expression, the Court imposed constitutional rules that make it very difficult for a plaintiff to make a successful libel claim.