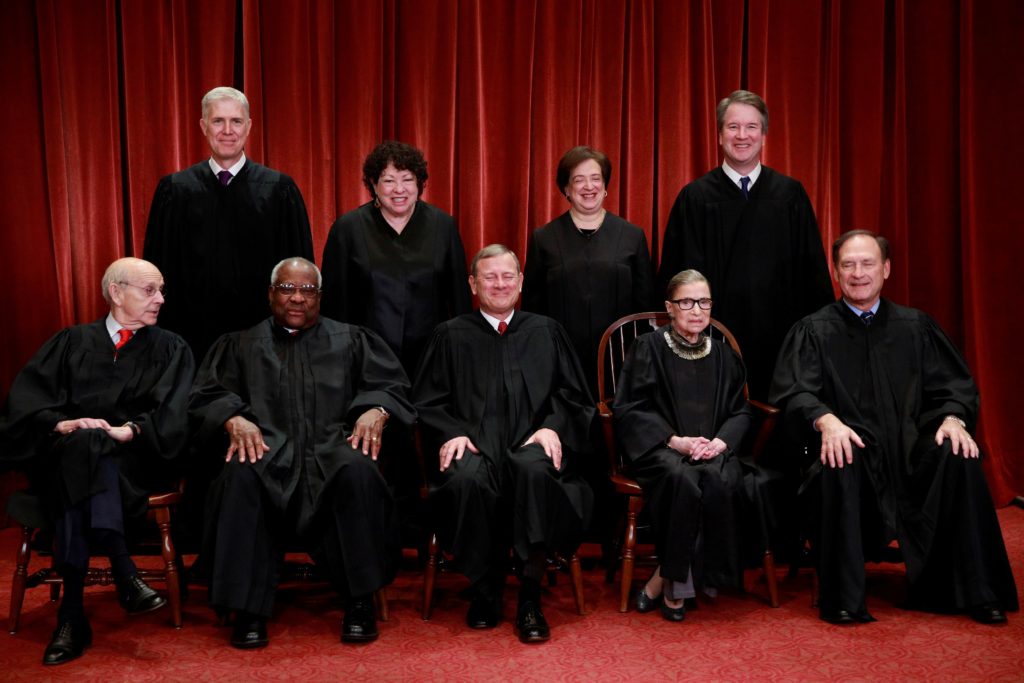 The Supreme Court announced on April 13th that it will be conducting 10 cases in May over the telephone, with lawyers and justices calling in remotely. The court also plans to provide live remote access audio of the oral arguments.

The announcement did not mention which ten of the thirteen cases that had been previously scheduled for argument in March and April will be selected for May.

“In keeping with public health guidance in response to COVID-19, the justices and counsel will all participate remotely,” the statement said. “The court anticipates providing a live audio feed of these arguments to news media. Details will be shared as they become available.”

Supreme Court Public Information Officer Kathleen Arberg told The Washington Post that the audio of the teleconference would not be posted on the court’s website due to “concerns over the site’s capacity to handle a high volume of users” but, instead, would be released to media outlets.

C-SPAN is committing to airing live each of the Supreme Court’s just-announced schedule of oral arguments for May, which will be held by teleconference. #SCOTUS pic.twitter.com/MJcTEHkHCs

The Supreme Court’s decision to live-stream audio signifies a major break for a court that has long resisted live coverage. According to The New York Times, the Supreme Court typically releases transcripts within hours of a hearing, but tends to release audio records about a week after the hearing.

Adam Liptak, a Supreme Court reporter for The Times, noted that there may be challenges to applying court rules to a teleconferencing medium and the court may have to set some ground rules. “[Justices] frequently interrupt lawyers and talk over one another,” Liptak wrote in an article.

“Since the letter from the court does not identify any restrictions to teleconferencing, one wonders what the limits of such arguments would be,” Collins said, adding that every new technology brings new opportunities and concerns.

“Despite the justices’ unwillingness to bring the modern technologies of video into the courtroom, the COVID-19 pandemic reveals how some communication technologies can change the culture of the proceedings and how the court communicates with the public,” said Collins.