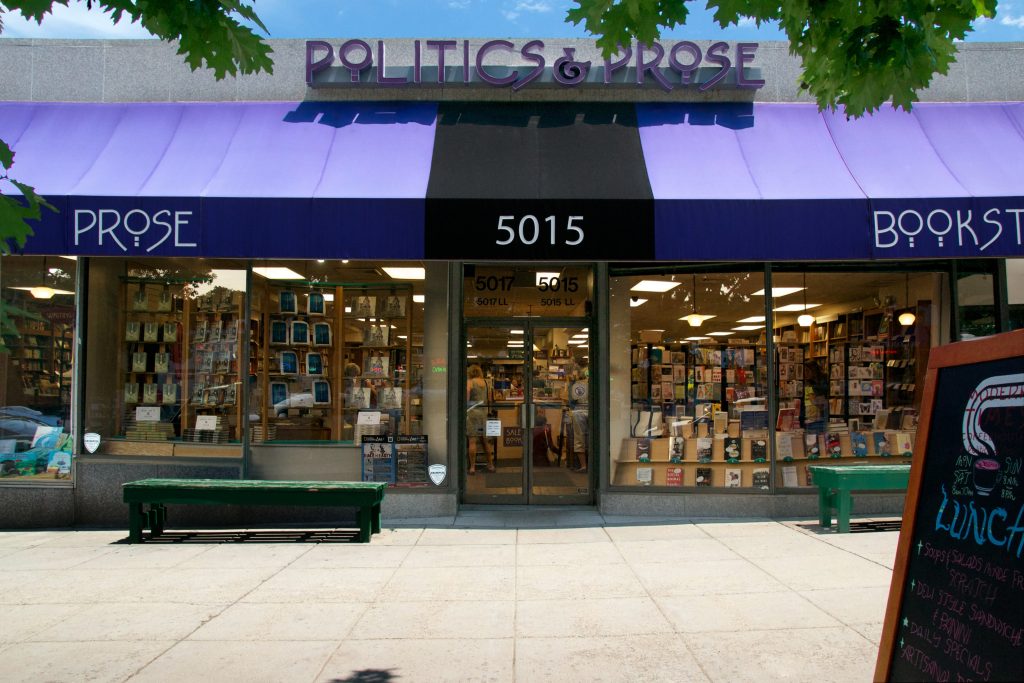 A front view of Politics and Prose in Washington, D.C. (Photo credit: Wikimedia)

A group of white nationalists disrupted an author’s book talk at a Washington, D.C. bookstore, chanting “this land is our land,” before exiting a few moments later.

About a dozen men showed up unannounced at the Politics and Prose bookstore while Jonathan Metzl, a sociology and psychiatry professor at Vanderbilt University, was discussing his new book “Dying of Whiteness: How the Politics of Racial Resentment Is Killing America’s Heartland.” Audience members booed in response to the men, who were protesting Metzl’s book contents.

Video accounts of the incident show the group shouting “AIM” on their way out of the store. AIM stands for the American Identity Movement, rebranded from the white supremacist group Identity Evropa that was involved in planning the 2017 “Unite the Right” rally in Charlottesville, according to the Southern Poverty Law Center.

A band of "white nationalists" just interrupted a talk by @JonathanMetzl about his new book called "Dying of Whitness" at @PoliticsProse. @PoPville pic.twitter.com/nlXRXdAkcX

Bookstores and libraries around the country have become a recent target of protests as well. Several members of the AIM movement targeted a monthly story hour for children at a library in New Orleans last week. A book collective on the University of California San Diego campus was vandalized after an attempted arson attack last March. And alt-right activists attacked a bookstore in Berkeley in a series of aggressive and confrontational protests and threatening phone calls back in 2017.

Although the owner of Politics and Prose said that incidents at his store, which hosts about 700 events per year, are infrequent, he and his colleagues have begun thinking about the store’s security and how to respond to flash protests. Last month, demonstrators shouted down Janet Napolitano, former Secretary of Homeland Security and current president of University of California, while she was discussing her book. Shortly afterwards, the store cancelled a book launch for another author citing security concerns.

“We certainly want to keep people safe, but, look, this is a bookstore,” Politics and Prose co-owner Bradley Graham told the Washington Post. “We are not going to become an establishment where people feel like they’re walking into a prisonlike environment to go hear an author speak. That goes against our very grain, which is to exist as a place for people to gather and ultimately support free speech.”

Writing for the Washington Post, Metzl said that the protestors’ chants only served to reinforce the points made in his book.

Watch Metzl discuss the incident with MSNBC’s Joy Reid below.