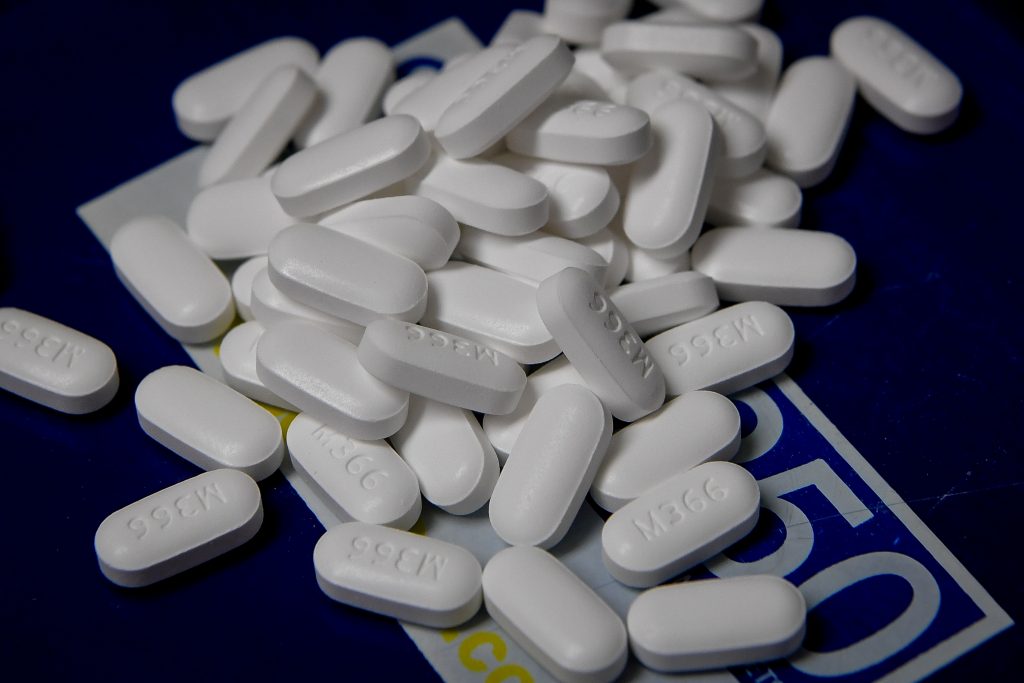 FILE PHOTO: Tablets of the opioid-based Hydrocodone at a pharmacy in Portsmouth, Ohio, U.S. on June 21, 2017. REUTERS/Bryan Woolston/File Photo

In 2016, CBS aired a series of news reports about the opioid epidemic in West Virginia, examining the roles that doctors, pharmacists, drug distributors, and others have played in its escalation and the various ways in which state and federal officials are attempting to address it. Two of those reports referenced Samuel “Randy” Ballengee, owner of the Tug Valley Pharmacy in Williamson, West Virginia. When Mr. Ballengee opened Tug Valley in 2007, it was located within two blocks of two “pill mills” that were later shut down by law enforcement.

Starting in 2010, Mr. Ballengee began facing civil lawsuits from his own customers, which remain pending to this day. Drawing on records from those cases, CBS reported in January 2016 that Mr. Ballengee was being sued for negligence and that his pharmacy had filled 150 pain prescriptions a day just for one clinic.

After seeing the CBS report, Tug Valley’s drug distributor conducted its own investigation and decided to stop supplying drugs to the pharmacy. In May 2016, CBS reported on a West Virginia lawsuit against that same drug distributor and mentioned its decision to cease doing business with Mr. Ballengee.

In January 2017, Mr. Ballengee sued CBS and three of its journalists for defamation, false light invasion of privacy, tortious interference, and intentional infliction of emotional distress.

He claimed that CBS falsely reported that he had filled 150 pain prescriptions a day for one clinic alone, and that the broadcasts also conveyed several false and defamatory implications about him. Mr. Ballengee alleged that he had been forced to sell his pharmacy at a loss as a result of the news reports, and in his complaint, he demanded $15 million in compensatory and punitive damages.

At the summary judgment stage, CBS principally argued that everything it had reported about Mr. Ballengee was true—and the court agreed. Records that CBS obtained during discovery showed that Tug Valley did in fact fill more than 150 pain prescriptions from just one clinic on multiple days, and the court found that the alleged implications either were substantially true or were not reasonable interpretations of what CBS had actually reported.

Note: CBS and its journalists were defended by a team of Ballard Spahr attorneys from its Media and Entertainment Law Group: Michael D. Sullivan, Jay Ward Brown, Celeste Phillips, and Maxwell S. Mishkin.

Attorneys in Ballard Spahr‘s Media and Entertainment Law Group are dedicated to supporting the free press and the First Amendment rights of groups and individuals. The Group helps clients navigate challenging media law issues across all platforms and industries.