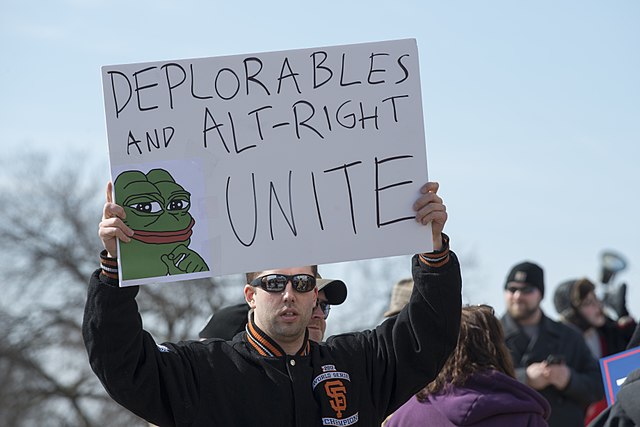 John Daniszewski, AP’s Vice President for Standards, outlined how to refer to “alt-right” and other extremist organizations. “At AP, we have taken the position that the term “alt-right” should be avoided because it is meant as a euphemism to disguise racist aims,” he writes. He further elaborates on how to refer to “white nationalists,” “white supremacists” and other groups including the new movement “antifa” or those who march against the self-described fascists.

August 15, 2017: President Trump Calls Out “Alt-Left” For Violence in Charlottesville, But Does an “Alt-Left” Exist?

In one of the few press conferences of his Administration since the election, President Trump accused the “alt-left” of equal culpability as the “alt-right” in the tragic confrontations in Charlottseville that led to one fatality and many critically injured as protestors clashed over the removal of a Confederate statute. A USA Today piece examines what “alt-left” may refer to or if the term is invented as Mark Pitcavage, an analyst for the Anti-Defamation League, says.