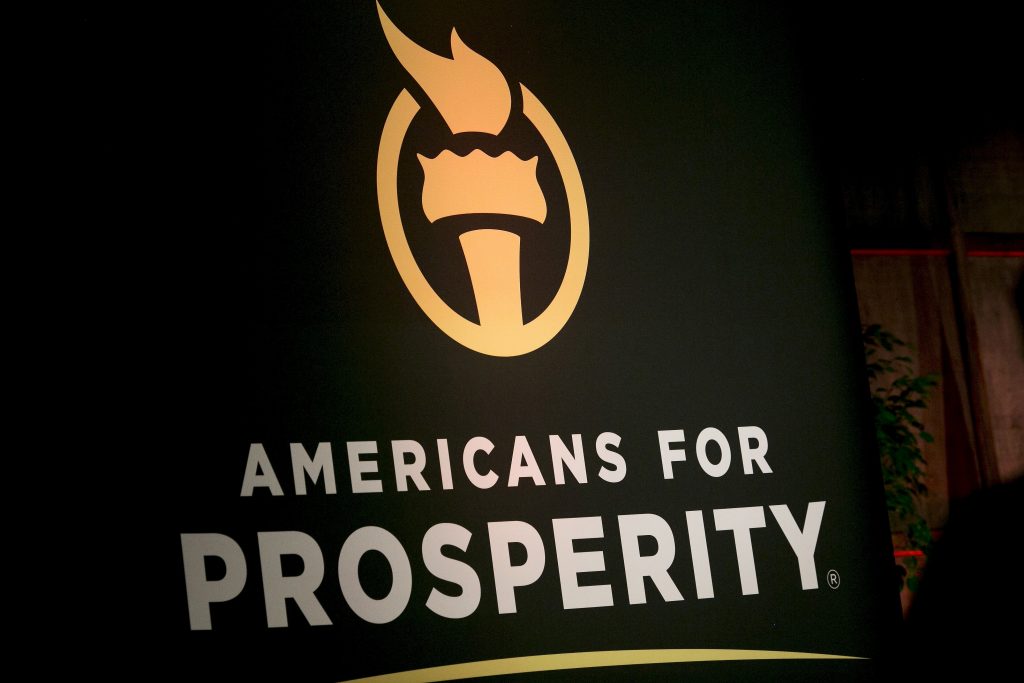 An Americans for Prosperity banner is seen during an event in Manchester, New Hampshire, July 22, 2015. REUTERS/Dominick Reuter

The New Jersey Attorney General and three state election enforcement officials are being sued by Americans for Prosperity (AFP), over allegations that a new state law imposing disclosure requirements on advocacy groups violates the First Amendment.

Last month, New Jersey Governor Phil Murphy signed into law a revised version of the New Jersey Campaign Contributions and Expenditure Reporting Act, which requires “independent expenditure committees” to disclose the details of donors who contribute more than $10,000, and any spending by a committee above $3,000.

The law defined “independent expenditure committees” as any group whose activities are targeted at influencing elections, influencing legislation, and providing “electioneering communication” published on any medium in support or against any candidate, legislation, or public question “regardless of whether the communication expressly advocates a vote for or against the passage of the question.”

In its lawsuit filed in U. S. District Court in the District of New Jersey , AFP alleges that the “breaktaking sweep” of the law “leaps far beyond anything the First Amendment permits” as it seeks to regulate “mere conveyance of factual information and issue advocacy.”

“If the law takes effect, merely stating facts or offering opinions about laws, or even regulations, will trigger invasive disclosure requirements and daunting burdens of the sort reserved for regulation of electioneering advocacy that solicits votes for named candidates,” the complaint states.

“Public disclosure will make individuals less likely to donate and will chill their exercise of their First Amendment rights to associate freely and advocate for issues that matter to them.”

The AFP lawsuit is seeking a declaration from the New Jersey federal court that the disclosure law is “unlawful on its face and as applied to AFP, and to enjoin its enforcement.”