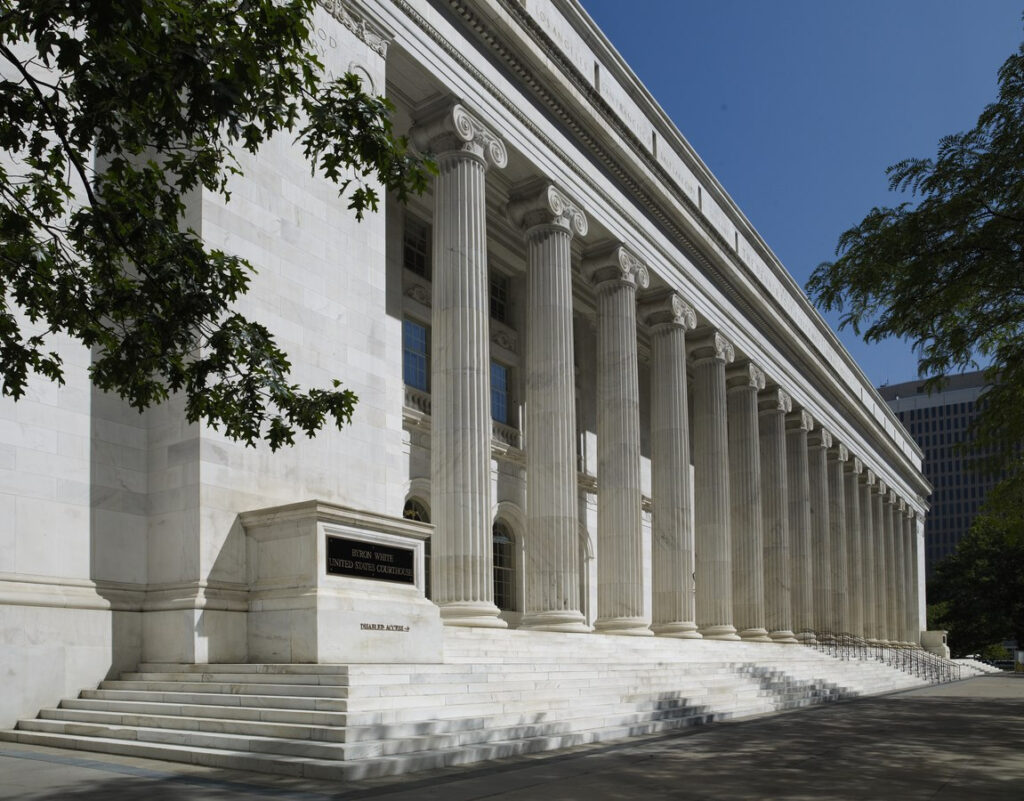 The Byron White U.S. Courthouse, the site of the 10th Circuit U.S. Court of Appeals in Denver. (Photo courtesy uscourts.gov)

The U.S. Court of Appeals for the 10th Circuit, based in Denver, became the seventh federal appeals court to affirm there’s a First Amendment right to record the police performing their official duties in public.

On May 26, 2019, the officer, Ahmed Yehia, arrived on the scene and stood in front of Irizarry to obstruct his filming of the police action. Irizarry and a fellow journalist objected and Officer Yehia shined a flashlight into Irizarry’s camera to overload the sensors and cause it to malfunction. The officer then drove his police cruiser at the two journalists.

Irizarry filed a lawsuit and the district court agreed with the police officer’s argument that the police had qualified immunity because the right to record was not clearly established law at the time. However, the 10th Circuit in Irizarry v. Yehia reversed the lower court’s decision by saying, “Mr. Irizarry’s right to film the police falls squarely within the First Amendment’s core purposes to protect free and robust discussion of public affairs, hold government officials accountable, and check abuse of power.”

The 10th Circuit joined the 1st, 3rd, 5th, 7th, 9th and 11th U.S. Circuit Court of Appeals in their previous decisions upholding the public’s right to record government officials performing their official duties in public. The decision added “we have held that decisions from other circuits clearly established the law when at least six circuits had recognized the right at issue” and emphasized that no other federal court has concluded otherwise. The 10th Circuit judges added that Officer Yehia was not entitled to qualified immunity because the right to record was well established at the time of the traffic incident.

Citing Glik v. Cunniffe, (1st Circuit, 2011), the panel of three judges restated the 1st Circuit’s finding that the “'[t]he filming of government officials engaged in their duties in a public place, including police officers performing their responsibilities, fits comfortably within’ established First Amendment principles related to newsgathering and the public’s right to receive information.”

The 10th Circuit argued that the officer driving his car at Irizarry “was at least as egregious as arresting an individual or physically interfering with filming in the other circuit cases” and had the potential to produce a chilling effect for those involved in newsgathering.

Last week, Arizona Gov. Douglas Ducey signed a law making it illegal to photograph or record a police officer in public from a distance of less than eight feet without the officer’s permission. The controversial statute says if an individual is asked by the police to quit filming but continues to do so, the individual  would face a Class 3 misdemeanor and up to 30 days in jail.

In the 9th Circuit – which includes Arizona – in Fordyce v. City of Seattle (1995), the court protected the right to document activities that take place in public spaces.