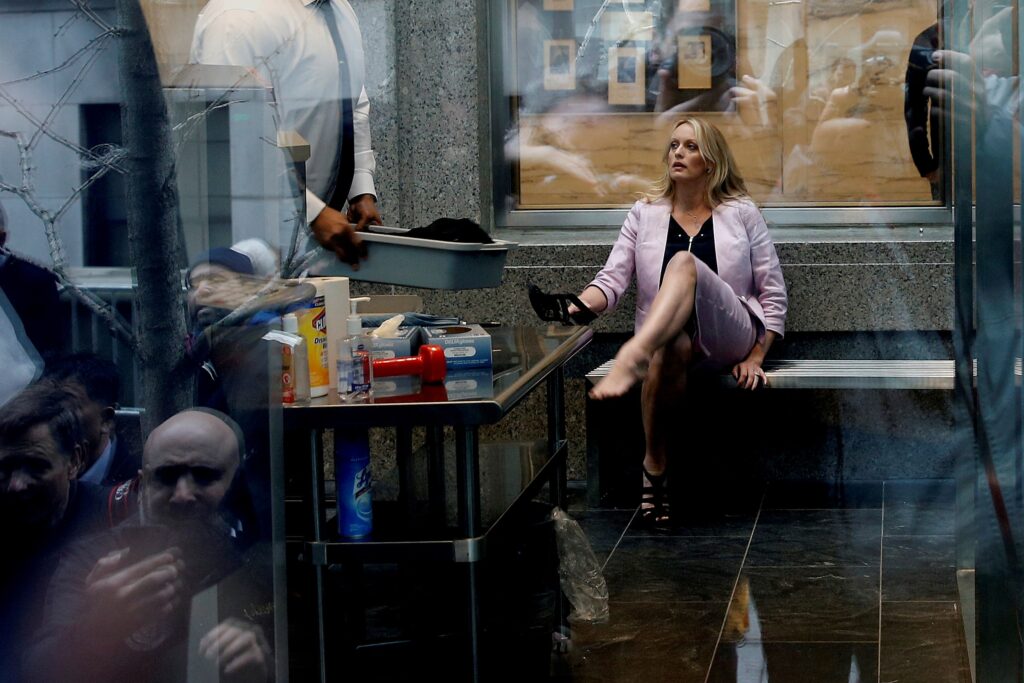 Adult-film actress Stehanie Clifford, also known as Stormy Daniels, sued President Donald Trump for defamation over a Tweet about her. Here she is depicted in a federal court in the Manhattan borough of New York City, New York, U.S., April 16, 2018. REUTERS/Shannon Stapleton

The United States Court of Appeals for the Ninth Circuit ruled on July 31 that President Donald Trump’s tweet about Stormy Daniels was an opinion and, thus, not actionable under defamation law.

In 2018, Daniels hired an artist to create a composite sketch of a man who had once threatened her for going public about her romantic relationship with Trump. After the drawing was released, Trump retweeted a post comparing the drawing’s likeness to Daniel’s ex-husband. “A sketch years later about a nonexistent man. A total con job, playing the Fake News Media for Fools (but they know it)!” Trump commented.

After reviewing the full context around Trump’s tweet, a three-judge panel found it did not meet the criteria for defamation which requires a false statement of fact. Instead, the judges found that the tweet reflected the President’s opinion about the physical similarities between Daniels’ ex-husband and the sketch artist’s drawing.

“Because the tweet juxtaposing the two images was displayed immediately below Mr. Trump’s tweet, the reader was provided with the information underlying the allegedly defamatory statement and was free to draw his or her own conclusions,” Chief Judge Sidney Thomas wrote in the ruling.

A federal judge in California dismissed a defamation lawsuit filed by Stephanie Clifford (also known as Stormy Daniels) against President Trump, ruling that the President did not defame her in a tweet he posted in April 2018.

The tweet included an image of a sketch of a man Daniels claimed threatened her in 2011 when she considered publicizing her alleged affair with Mr. Trump.  President Trump retweeted the image, called it a “con job,” and suggested that the ordeal was fabricated by Daniels.

The court sided with President Trump who argued that the tweet was “rhetorical hyperbole” often found in political discourse, and is protected under the First Amendment. U.S. District Judge S. James Otero of Los Angeles also ordered Daniels to pay Trump’s legal fees associated with the case

A sketch years later about a nonexistent man. A total con job, playing the Fake News Media for Fools (but they know it)! https://t.co/9Is7mHBFda

Stephanie Clifford, also known as Stormy Daniels, brought suit against President Trump in federal court in New York for “falsely attacking” a statement she made about a threatening incident that occurred in 2011.

“In making the statement, Mr. Trump used his national and international audience of millions of people to make a false factual statement to denigrate and attack Ms. Clifford,” the complaint says.

Clifford is seeking a jury trial and unspecified damages. This follows another lawsuit brought in California by Clifford to be released from a non-disclosure agreement she agreed to days before the 2016 election in exchange for $130,000 to keep her alleged 2006 affair with Trump under wraps.