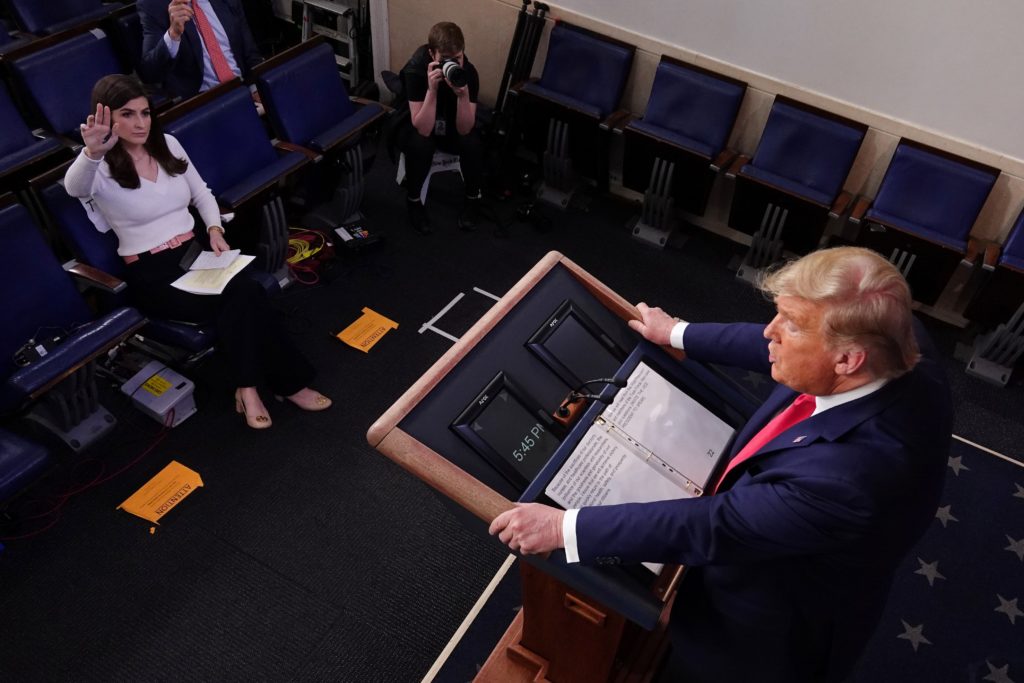 A White House official ordered CNN reporter Kaitlan Collins to move from her front-row seat to the back of the press briefing room on April 24th.

According to The Washington Post, Collins and another reporter refused to swap seats, both citing seat assignments that were determined by the White House Correspondents’ Association (WHCA), and approved by White House officials in March.

Tonight the White House tried to have me, and only me, swap seats with another reporter several rows back. We both refused to move from our seats that were assigned well in advance. The briefing was short, the president took no questions and it proceeded as planned.

“The major TV networks, including CNN, Fox News and NBC, have seats in the front rows, which makes their reporters more visible in news clips of the briefings. A reassignment to the rear would make a reporter less prominent, though only marginally,” wrote Post media reporter Paul Farhi.

President Donald Trump restarted press briefings when the coronavirus first emerged, and since then, he and his team have tried to find ways to manage press briefings to make Trump appear in a more favorable light, by either punishing his critics or awarding those who support him.

For instance, in early April, now-former press secretary Stephanie Grisham told a reporter that she could continue to come to press briefings even after the reporter defied social distancing rules. The reporter, Chanel Rion, works for One America News Network, a cable news show that supports Trump.

Just a day before the White House official requested the swap, Trump and CNN’s Collins got into a tense verbal exchange after the reporter asked a question about the North Korean dictator Kim Jong Un’s health.

“No, that’s enough,” the President told Collins, adding, “The problem is, you don’t write the truth.” When Collins tried to press her question, “No, not CNN. I told you, CNN is fake news. Don’t talk to me.”